How Biotechnology is Breaking Extinction’s Grip: The Campaign to Restore Extinct Species

This year, once finals week has finished and life in the campus library has gone extinct, cinemas will begin roaring to life with summer films like Jurassic World: The Fallen Kingdom, coming out late June.1 Theatergoers will once again witness tyrannosaurs and velociraptors wreak on-screen havoc, reminding us that science should allow dead species to stay dead, lest our creations devour those who decided to play God. Few audience members leaving with this message will realize, however, that de-extinction was accomplished once, if only briefly.

The beast involved was not a brachiosaur, but a bucardo. Otherwise known as a Pyrenean ibex, this wild goat scrambled along the rugged mountains bordering Spain and France for untold millennia. Hounded by human hunters, the last bucardo was crushed by a fallen tree in 2000. The unfortunate animal wore a tracker, and researchers rushed to collect nuclei containing its DNA. Three years later, those nuclei were injected into goat cells, and the resulting eggs were implanted into surrogate mothers. After fifty failed implantations and six miscarriages, the Spanish research team performed a cesarean section in order to birth a bucardo clone. The newborn–an animal that had been plunged into and pulled back out of the dustbin of evolution–survived for about ten minutes. The bucardo went re-extinct due to respiratory failure, a common culprit when cloning technology was still in its infancy.2 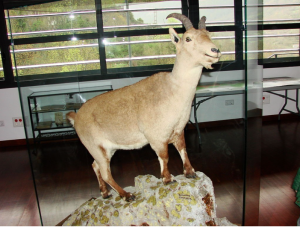 The bucardo, the only species to have gone extinct twice. (Source)

While the unlucky clone’s lungs stopped, the campaign to successfully resurrect extinct species began. Revive and Restore, a California-based non-profit, is currently pioneering the nascent field and trying to rally geneticists, conservationists, and reproductive physiologists around the cause.3 So far, scientists have successfully reconstructed the genomes of a small Noah’s Ark-worth of extinct species. These include the wooly mammoth of ice age iconography, the flightless giant moa bird of pre-colonial New Zealand, the tiger-like marsupial thylacine of Australian lore, and many others.6 The shadow of Jurassic Park–and of the supporting character who will inevitably be disemboweled come June 22nd–prompt some public skepticism toward these endeavors, but how much similarity is there between the case depicted in the blockbuster and what is actually going on in biology laboratories?

Consider the creature that Revive and Restore has chosen to kickoff its de-extinction crusade, one not too distantly related to Tyrannosaurus rex: the passenger pigeon.3 On one hand, this small and drab bird, which flocked in the billions over eastern North America before it was hunted into extinction in 1914, is unlikely to attract enough visitors to fund a theme park. On the other hand, Revive and Restore’s stated purpose is not entertainment or commercial, but conservation: they see de-extinction as a tool to strengthen natural ecosystems and mitigate mankind’s effect on the environment.3 There are some cases that support their case, suggesting that these species have left lingering holes. In Siberia, steppe grasslands have succumbed over thousands of years to a less-productive, moss-dominated tundra. Some ecologists argue that this happened due to the destruction of wooly mammoths, which enriched the soil with their feces and mixed it with their massive footsteps.2 In Australia, the continental ecosystem is reeling from a scourge of invasive species, including European foxes, which slaughter native marsupials4. The thylacine, once the largest carnivorous marsupial, could do its former habitat some good by bringing the fox population under control.5

One other issue clearly delineates today’s de-extinction efforts from those depicted in Jurassic World. Whereas the dinosaurs were felled by a wayward asteroid, the creatures under consideration for de-extinction today were primarily the victims of human activity. It is very difficult to argue that our ancestors were not one of the decisive factors in the annihilation of the wooly mammoths,8 and it is impossible to make that argument for the thylacine, the moa, the dodo, or the passenger pigeon. A silver lining of our complicity in these extinctions, however, is that they occurred within the last few blinks of geologic time; and therefore, the genetic material of the extinct species can still be found and studied. A frozen mammoth carcass is still occasionally found in the freezing north, but scientists will never discover any dinosaur DNA.2 Moreover, the human cause of these extinctions causes some to see it as an ethical imperative that humans undo them: if you break it, you fix it. 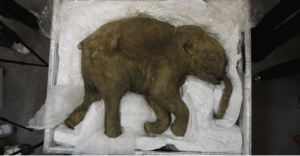 CRISPR-Cas9 is helping scientists study and engineer DNA from mammoth carcasses found preserved in the Arctic, raising the possibility that the species will be brought back quite soon (Source)

Nevertheless, some scientists offer concerns for the enterprise. Many argue that, with limited funds available for conservation as a whole, money should be kept for the countless species that live in the shadow of extinction and can still be kept from being engulfed by it. Others point out, truthfully, that any animal “resurrected” would be, at best, an imitation of the extinct creature it was intended to replicate. Even with a highly similar genome, a thylacine in 2036 may behave very differently then its kin did in 1936.2 Like comparing Jurassic World itself to its 1993 forerunner, it will look quite similar but just will not be as good as what it was intended to emulate.

The ethical conundrum does not stop there. What would the welfare of the revived species be like? Wooly mammoths, highly intelligent and sociable animals, could feel abjectly miserable in the new world. Breeding them could constitute cruelty toward their surrogate mothers, likely to be Asian elephants.2 Are there species which should not be resurrected? Genome sequencing doesn’t stop at dodos: Neanderthals and Denisovans, two human species, have also had their genomes sequenced.6 Consider the ethnic tensions within our own species, and contemplate the political ramifications if two new human species, ones that Homo sapiens once saw to the demise of, were to enter the fray.

Where do we draw the line? Revive and Restore may soon present a passenger pigeon. Soon after, billions of recently extinct birds may once again swoop over eastern America. If viruses from these flocks terrorize avian communities, or if Chicago becomes blanketed in bird droppings, will humans regret resurrecting an animal as unassuming as the passenger pigeon? As the de-extinction campaign proceeds, will we decide that wooly mammoths should not undergo the stress of settling a warmer, less pristine Siberia? On the other hand, will New Zealand’s tourism agency jump at the prospect of repopulating its South Island with moas? Perhaps dodos deserve a second chance, but only in zoos because their original island of Mauritius is now certainly too rat-ridden. Neanderthals may deserve that chance too, but will they belong in labs or circuses or in the apartment down the hall? Which species are to be brought back, and where they are to go, will become increasingly relevant questions as the march of technology brings the field of de-extinction out of the cinemas and into our civilization.

Revive and Restore views de-extinction as part of a multi-pronged effort to fight environmental degradation and boost biodiversity in general (http://reviverestore.org/annual-reports/)