The Economic Worth of Conservation

How do we determine the economic worth of conservation? Some people believe nature’s value comes from untouched beauty, while others believe the value lies in what resources nature can provide for us. Environmental economists, ecologists, and economists at the University of Illinois joined forces to determine the value of biodiversity.

From a conservationist point of view, biodiversity has intrinsic value. Anyone who’s motivated to preserve national parks or endangered species generally wants to help nature regardless of the economic cost. However, good intentions alone aren’t going to save the rainforests. Convincing corporations and the general public to join the cause generally requires more benefit than beautiful views and cleaner environments. 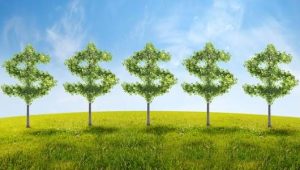 The researchers started forming their model by determining biodiversity’s economic contributions. The Cedar Creek biodiversity experiment determined that greater biodiversity is directly correlated with greater carbon storage, and currently the market for removing excess carbon dioxide from our atmosphere is sitting around $175 billion globally. The dollar value for reducing carbon emissions was estimated by Cedar Creek to be between “$40 and 400 million per metric ton.” Again pulling from Cedar Creek, ecologists and economists noted that the more species an environment has, the more carbon it can store. Therefore, the more species preserved in an area, the more carbon it can store and the more money it will save globally. Putting all of this together, for an area of about 2.5 acres, “going from one to two plant species over a 50-year time period would store an additional 9.1 metric tons of carbon, potentially saving $804 per 2.47 acres based on a mid-range estimate ($137 per metric ton) of the social cost of carbon;” this is just a small scale example of the economic benefit of a tiny increase in biodiversity. In the long term, by preserving plant species and promoting biodiversity we can start to make an impact on the amount of carbon dioxide in our atmosphere – hopefully reducing the effects of the greenhouse effect on our planet – while saving money and improving our global economy. 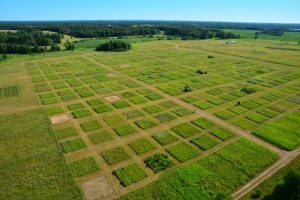 The Cedar Creek biodiversity experiment: the squares have different numbers of plant species, and researchers record data like carbon storage, effects of invasive species, and effects of climate change. Source

Currently, less affluent countries are contributing more effort and more money relative to their economies to preserving large animal species than more affluent countries like the United States are. We’re currently ranked 19th out of 20 for our efforts, and countries in Europe in Asia make up about a quarter of the underperforming countries. With the money and scientific resources at our disposal, imagine the impact the U.S. and other countries could have improving the planet and subsequently our global markets.

By putting forth an economic model for the benefits of conservation and increasing biodiversity, conservationists can prove to large corporations that contributing to environmental causes will benefit us all in the long run. Here in La Jolla, with UC San Diego-led coastal restoration projects like Dr. Elsa Cleland’s lab, greater funding for conservation and biodiversity projects will provide for university projects and help restore the chaparral environment in our area.