Eternal youth is a concept dreamt about by many and disfavored by few. From Peter Pan’s journeys in Neverland to Bob Dylan’s 1973 hit track, pop culture has romanticized the idea of youth lasting for decades. Recently, researchers at UCLA have taken a small step toward bringing this timeless fantasy to life. Though it won’t provide the anti-aging powers possessed by Edward Cullen, a gene that codes for adenosine-monophosphate-activated protein kinase (AMPK) is being referred to as the “fountain of youth” because of its ability to initiate seemingly time-reversing processes in human cells. Over time, cells become cluttered with metabolism byproducts, including lactic acid and carbon dioxide. AMPK sort of cleans out an aged cell so the cell functions as it did when it was younger and had less buildup. The activation of this gene can essentially erase cellular damage that has built up over time. This provides a prolonged period of cellular health and therefore delays the effects of aging, especially the onset of common age-related illnesses.

There are numerous diseases directly correlated with aging. Two of the most common are Alzheimer’s and Parkinson’s disease, both of which could potentially be delayed by activation of the AMPK gene. Alzheimer’s disease is the most common form of dementia and is characterized by a loss of cognitive function and memory. Symptoms of Alzheimer’s disease usually occur around the age of sixty, which is when the brain begins to lose proper function and eventually shrink. On average, there are about eight years between diagnosis and death. Parkinson’s disease is also a neurodegenerative disorder, meaning its symptoms are caused by the breakdown of the brain. Individuals with Parkinson’s disease face limited motor function that can include inability to walk or speak properly. Non-motor symptoms, such as depression and fatigue, are also very common. Other common age-related disorders include diabetes, cardiovascular problems and stroke.

When UCLA scientists activated the AMPK gene in Drosophila melanogaster, more commonly known as the fruit fly, the subjects lived an average of two weeks longer. Although this amount of time is basically negligible in the human lifetime, it is 30 percent of the drosophila lifespan since they typically live only six weeks. More specifically, the scientists found that AMPK activation helped prolong intestinal health. Thus, the flies lived longer and were healthier. It was also discovered that when the gene was activated in the brain, it turned on in the intestines as well. And when the gene was activated in the intestines, it turned on in the brain.

Inside an Aging Cell

The previously mentioned age-related diseases have a handful of common factors, one of which is the buildup of chemical byproducts in cells. For the most part, an amyloid, a general term for a buildup, is a byproduct of metabolism, and its buildup normally increases with age. Essentially, it is cellular waste, which is dangerous as it can block communication between cells as well as the pathways from which cells receive their essential nutrients. As the brain experiences these blockages, it begins to degenerate and malfunction, resulting in the symptoms of age-related neurodegenerative diseases. Similarly, other parts of the body that experience the effects of waste buildup will also begin to function improperly.

In order to maintain healthy and efficient cells, the body can perform a process called “autophagy,” in which the cell essentially destroys its own waste. Autophagy occurs when cells are low in energy. In order to produce the energy that cells need to function, excess waste in the cell is broken down and used as an energy source. Therefore, autophagy is beneficial by decreasing the amount of amyloid in the body.

Like autophagy, the AMPK gene is switched on when cellular glucose levels are low. Glucose is a molecule that stores energy and is needed to create ATP. This type of pathway is often referred to as a feedback loop. A feedback loop occurs when a process is initiated or terminated by signaling from its end products. In this case, the end product is glucose which, when present in sufficient amounts, will “switch off” the AMPK gene and terminate autophagy. Likewise, when the body lacks glucose, the gene is switched “on” and autophagy is initiated. The AMPK gene will also then shut off cellular systems that create excess product, known as biosynthetic pathways. A biosynthetic pathway is a series of biochemical reactions that create more complex molecules from relatively simple ones. For example, when the body needs to create glucose for energy, glucose is put together from smaller carbon, oxygen and hydrogen molecules in a process called gluconeogenesis.

Keeping the AMPK gene active, then, would result in increased autophagy. This would, in a sense, undo damage caused by age, making cells function as if they were younger. Furthermore, the ability of intestinal AMPK to induce autophagy in the brain and of neuronal AMPK to activate autophagy in the intestine could mean that with further research, non-localized treatment may become an option. This option is not limited to the AMPK gene; it is possibly an option for the activation of other genes that play roles in numerous health conditions. Additional implications of this discovery are potentially lengthening the human lifespan and increasing the period of prime cognitive ability and overall health. 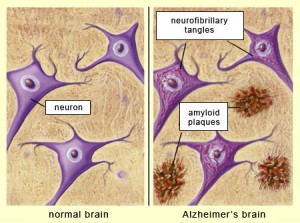