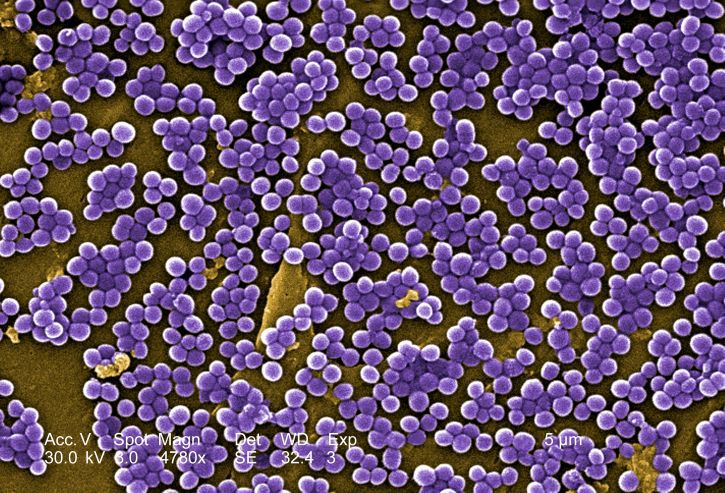 Scratching That Itch: The Future of Eczema Treatment

Imagine itchy, rashy skin present on just about every part of your body. Visualize being unable to properly close your eyes due to the severe swelling and peeling of your eyelids, and being kept awake for hours on end scratching an itch that just won’t subside. This is the lived experience of nearly fifteen million Americans who suffer from a skin disease called atopic dermatitis.

Atopic Dermatitis (AD), more commonly known as eczema, is a chronic dermatological condition that usually emerges during childhood. AD causes redness, lesions, and itchiness in the skin that tends to flare periodically. Affecting up to 20% of children and 3% of adults, AD poses a significant hindrance to one’s quality of life. Those with AD avoid common AD aggravators such as household disinfectants, cold weather, certain foods, environmental allergens, sunlight, and even sweating. Due to these commonplace aggravators, some people that suffer from AD might even wear personal protective equipment when performing day-to-day activities such as washing dishes. Although its emergence and causes are incredibly complex and nuanced, researchers and clinicians have found multiple avenues to investigate and treat AD.

We often erroneously assume that our skin is devoid of bacteria due to our extensive hygiene habits. Our skin is composed of millions of various bacteria, each of which have the potential to be both beneficial and detrimental to our health. This collective population of bacteria on and inside of our bodies is known as our microbiome. The skin microbiome has played a significant role in the incidence of various skin diseases. Staphylococcus aureus (S. aureus) is one such bacteria found to normally colonize the skin microbiome. However, it has been found that S. aureus colonizes the skin of AD patients with much higher frequency than that of healthy patients, leading to higher AD disease severity. Furthermore, a study found that bacterial populations in mice may actively contribute to AD onset.

Our innate immune system functions to dispatch immediate immune responses to foreign pathogens that exhibit several common molecular markers, such as proteins or genetic material, known as pathogen-associated molecular patterns (PAMPs). Pathogen recognition receptors (PRRs), are immune structures that recognize these patterns present on the surface of cells. One classification of such receptors include Toll-like receptors (TLRs), which are expressed in various cells present in our skin. Thus, our skin cells not only serve as a physical barrier between ourselves and our environment, but also host receptors that detect and respond to invading pathogens. Keratinocytes are a particular type of skin cell that readily express TLRs and are heavily involved in inducing proinflammatory responses when pathogens such as S. aureus are detected. Genetic variations in the Toll-like receptor 2 (TLR2) reduce the skin’s barrier integrity due to decreased levels of the tight junction proteins that link adjacent cells together to create continuous tissue, resulting in cracked skin. This means that the skin’s protective shield against harsh environmental conditions is compromised, contributing to AD disease severity.

TLR2 genetic variations also influence the adaptive immune response, often contributing to the incidence of AD. In a nutshell, the adaptive immune response strives to induce long-term protection in the body against a specific pathogen. The adaptive immune response is partly driven by a certain white blood cell known as the T-helper cell, which activates other various immune cells that either engulf or kill pathogens. There exist two subcategories of T-helper cells: T-helper cell 1 (Th1) and T-helper cell 2 (Th2). While Th1 cells stimulate the production of antibodies, Th2 cell proliferation leads to increased production of the proinflammatory proteins interleukin (IL)-4, IL-5, IL-13 macrophages, and other immune cells that engulf and destroy pathogens. These cytokines then go forward to establish a positive feedback loop, activating even more immune cells to continue amplifying the inflammatory response. In relation to AD, genetic variations in the TLR2 often lead to a predominantly Th2 majority over Th1, resulting in increased inflammation in the body. This Th2 bias then causes the exacerbation of AD-like symptoms such as skin swelling and redness.

Although a cure for AD has yet to be developed there are existing treatments that can assist to reduce the symptoms of AD. These treatments include topical steroids, calcineurin inhibitors that prevent cytokine release, antihistamine drugs that prevent allergic reactions, and therapies that target and alleviate symptoms across the entire body. Steroids prove effective in combating AD as the steroid hormone cortisol is normally released in the body in response to stress to naturally downregulate the immune response to damage. This subsequently decreases any inflammatory symptoms present, including those of AD. Other ways to reduce the severity of AD symptoms include using moisturizers for skin hydration, avoiding food- and aero-allergens that could increase the inflammatory response in the body, and resolving emotional and psychological stressors that may exacerbate the urge to scratch itchy skin. However, these methods of treatment are not always successful for all patients, and researchers continue to search for better solutions.

In March of 2017, dupilumab, or more widely known by its trade name Dupixent, was approved by the Food and Drug Administration (FDA) for the treatment of severe AD. Dupilumab is a monoclonal immunoglobulin G4 antibody─a man-made antibody created to mimic our own naturally-produced ones that bind to the surface of cells carrying a specific receptor, either tagging the cell for destruction or inhibiting its function. In dupilumab’s case, the monoclonal antibody binds to the IL-4/IL-13 coreceptor IL-4Rα, preventing it from driving the hyper-active immune responses that lead to AD progression. While it is an extremely effective medical intervention, dupilumab comes with its own host of issues; for example, its most effective dosing recommendations detail weekly or semiweekly dosages administered via subcutaneous (under-the-skin) injections. The subcutaneous injection administration method makes dupilumab a difficult treatment regimen for patients to maintain over a long period of time, particularly for those unable to take weekly trips to their dermatologist or those without someone at home to help deliver these injections. Conjunctivitis (pink eye), another frequent adverse effect of the medication, causes itching and discomfort in the eye. IL-13 is deeply involved in the stimulation of specialized epithelial cells that line the surface of the eye, known as goblet cells, to produce more mucus. Dupilumab causes a decrease in the regular levels of IL-13, rendering these goblet cells as inactive and leading to eye itchiness and conjunctivitis. With these considerations in mind, it is clear that the path to developing a more  effective and comfortable treatment for AD is still ongoing.

Some examples of potential therapeutics include inhibitors of the JAK-STAT pathway, a component of the immune response that requires IL-4 and IL-13 for its activation. When stimulated, the JAK-STAT pathway leads to the activation of JAK1 and JAK2 proteins, which subsequently elevate the inflammatory response. Selective inhibitors of this pathway may significantly reduce the inflammatory symptoms of AD. In fact, oral medications functioning as inhibitors of the JAK1 and JAK2 proteins have already shown to improve AD outcomes. Aa recent Phase 1 clinical trial found that Staphylococcus hominis A9 (ShA9), a commensal bacterium normally found on the skin of healthy patients, effectively inhibits the inflammation-promoting psmα toxin produced by S. aureus via the antibiotics it manufactures. ShA9 also promotes S. aureus death by downregulating quorum sensing (bacterial communication) through mechanisms yet unknown. Nevertheless, the application of a Cetaphil lotion mixture with suspended ShA9 and glycerol onto the forearms of patients with AD reduces S. aureus colonization and inflammation, posing an exciting avenue for future AD bacteriotherapies.

Taken together, these emerging therapeutics only serve to emphasize the importance of preventing the imbalance of the skin microbiome in the treatment of AD. There exists much potential for curing this agonizing and distressing condition, and the urgency to fund such a cure is ever-increasing. With the success of these clinical trials, a cost-effective, convenient, and readily available cure for atopic dermatitis just might be on the horizon.