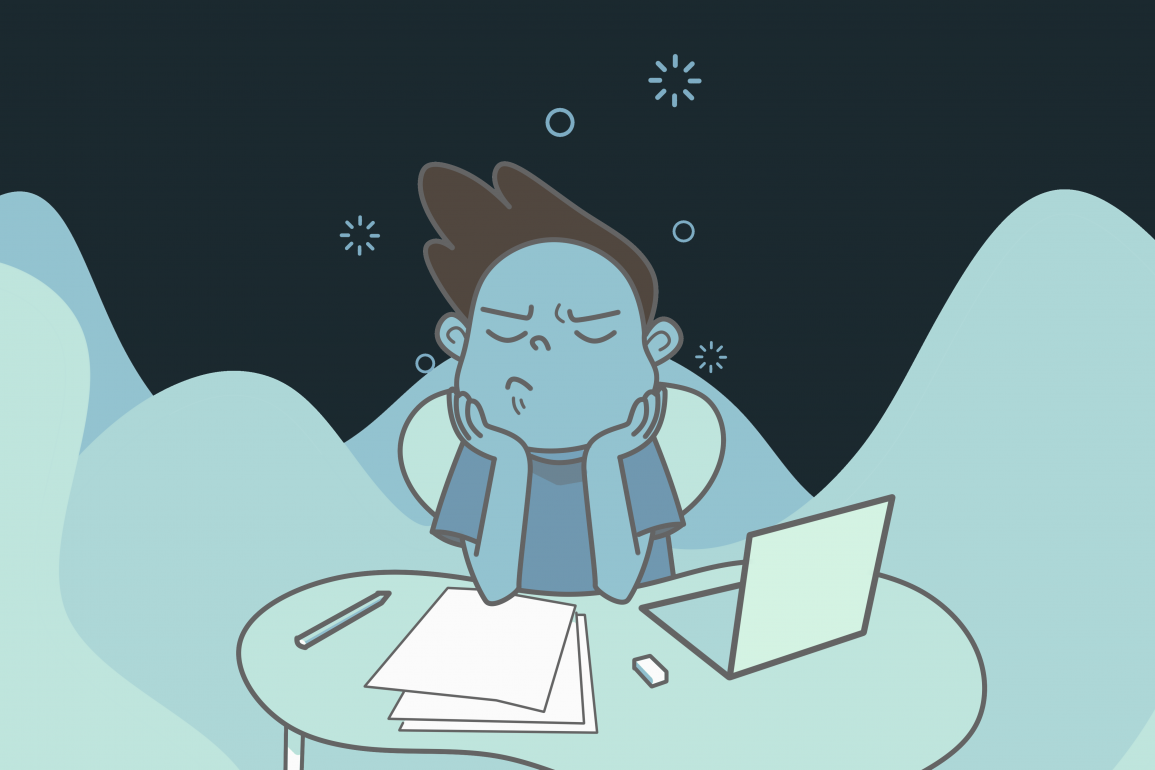 The Science of Boredom

The only consistent parts of my life in the past six months have been a lack of motivation and looming boredom. Scrolling mindlessly through my social media feed, I see people encouraging each other to use quarantine to their advantage and to pursue new hobbies and passions. However, at the end of each day, I find myself in the same exact spot, once again staring into my pantry as if some food is magically going to appear to satisfy my boredom. Such a feeling has only grown more familiar to all of us, but why does it occur? What even is boredom and why do we look to distractions to quell it?

Boredom, in my mind, has always appeared when there is nothing pressing to do, when our minds are not occupied with something enthralling. However, studying the emotion beyond our personal, surface-level perception can provide insight into what actually occurs in the brain. Professor Peter Enticott, head of the Cognitive Neuroscience Unit at Deakin University, claims that boredom sparks activity in both the amygdala which governs negative emotions and the prefrontal cortex which dictates decision-making and planning. As a result, such activity shows that we may utilize boredom as a mechanism to create a productive shift in our environments.

However, what is this constant necessity for changes in our surroundings? Psychologist Sandi Mann claims that there are, in fact, two evolutionary purposes. Firstly, boredom ensures that humans are not perpetually excited by their surrounding environment. Imagine a world where we are continuously stimulated and maintain an engaged interaction with every small thing—we would never be able to differentiate between the meaningful and the meaningless activities. In short, boredom facilitates our survival by ensuring that we can shift our focus when necessary.

Secondly, this feeling has the ability to foster creativity. Mann conducted an experiment to determine the extent of creativity after instructing participants to perform boring tasks. For 20 minutes, one group copied numbers from a phone book and another recited the numbers out loud from the book (supposedly a more boring task). Afterwards, Mann asked each group to brainstorm unique functions for two paper cups. She discovered the latter group, with the more boring assignment, came up with more creative uses such as earrings, instruments, and even a “Madonna-style bra!” Such results prove the ability of boredom to elicit imaginative thoughts and fulfill the evolutionary advantage of adapting to our surroundings. Mann states that, “When we’re bored, we’re searching for something to stimulate us that we can’t find in our immediate surroundings,” and “…because once you start daydreaming and allow your mind to wander, you start thinking beyond the conscious”. Recognizing creativity as a result of boredom rather than its sole initial association with negative emotions can allow us to utilize this emotion to our advantage.

After studying the effects of boredom on the brain and on our behavior, we can attempt to understand how this emotion functions in our society. Specifically, this feeling can manifest itself through mental health conditions. Recent research has established that just like other emotions, an over- or under-stimulation of boredom can lead to real mental health issues rather than just a dull afternoon. For example, Attention – Deficit / Hyperactivity Disorder (ADHD), a neurological disorder, leads to the inability to pay attention and rather have one’s mind wander haphazardly. These symptoms can sometimes be severe and exacerbate interactions with others in society; as a result, the feeling of boredom holds a lot more weight for a person affected by such a condition as compared to others.

Additionally, boredom can develop through the lens of modernization. For centuries, boredom predominantly affected the elite, as the feeling was considered almost a luxury to the working class. However, modernization of society has essentially “reorganized” the way we perceive and process information. This reconstruction of how we pay attention to things began with industrialization and urbanization when big cities, long work days, and large corporations utilized continuous attention as a method of “social control”. This demand of explicit attention led to boredom and has more recently been affecting humans through technological developments. With the evolution of smartphones and consumer services such as Amazon, boredom does not affect a specific social class, but rather all of us. Our shortened attention span has us coveting the next thing faster, eliciting boredom to new levels. In other words, “When we have tried the new, we want to try the new new.”

Though boredom carries a negative connotation, especially during the COVID-19 quarantine, the aforementioned creative side effects have also evoked people’s imaginations. In fact, numerous virtual businesses and organizations have been created during this time. For example, two students from my old high school district started an Instagram page called “BlackinPUSD”; this account anonymously revealed countless experiences of discrimination from present and past students. Not only did it display the prevailing biases in our society, but it also led to the creation of a revised school curriculum and an educational website. From raising awareness about social justice issues to providing services in exchange for donations to healthcare workers, this quarantine, initially reeking of boredom, has brought about some of the most creative solutions for problems in our society.

So, the next time you find yourself feeling bored, as you might be during quarantine, try to remind yourself of past issues you could not solve and perhaps this dull feeling may actually elicit some creative solutions. Although, I would not blame you for sticking to snacks to quell your boredom—I am probably going to be doing the same.