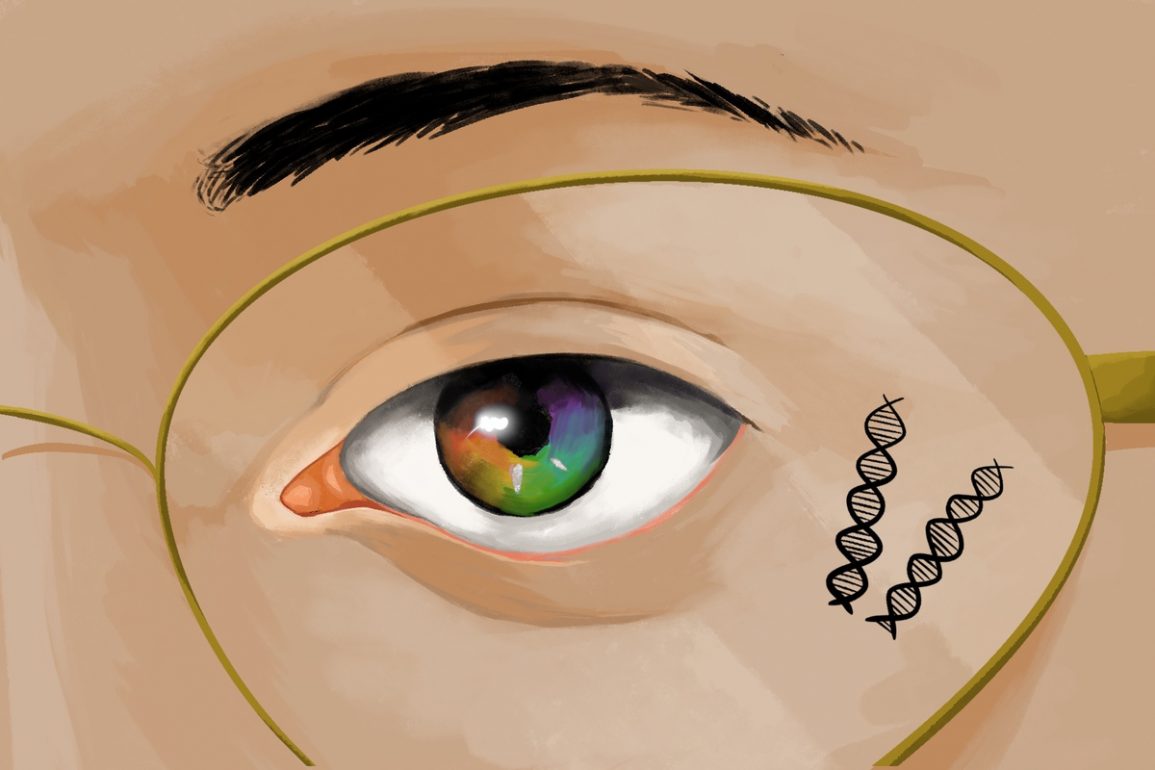 Windows into the Soul

The unnoticed ubiquity of science in our world is fascinating. From the millions of species in our environment to the intricacies of our body’s functionalities, facets of science such as chemistry, biology, and physics explain everyday occurrences around us. One such intricacy is eye color. The study of evolution and the incremental changes evolution propagates over time can explore why alterations in our genome lead to varying phenotypes. In fact, it may even shed light upon the meaning of the seemingly trivial characteristic of eye color.

The iris, which surrounds the pupil, is the colored portion of the eye. According to the Martin–Schultz scale, there are 16 variations of eye color, ranging from different shades of black to blue; this is astonishing, as many people may only be able to identify a few primary eye colors. Lighter or darker eye pigments often correlate with hair and skin color, as all of these characteristics are dependent on overlapping genes that control the amount of allocated melanin. Melanin is the primary light-absorbing pigment which gives color to the exterior characteristics of many animals. Typically, a greater amount of melanin correlates with darker eyes and skin, whereas less melanin results in lighter eyes and skin. Variations regarding melanin’s distribution between individuals can be further studied by analyzing the genes that control melanin expression, and specifically eye color.

The genes controlling eye color reside on Chromosome 15. Though initially considered a result of simple genetics, eye color is in fact a polygenic trait controlled by the primary genes OCA2 and HERC2, and supplementary genes ASIP, IRFA, SLC2A4, SLC24A5, SLC45A2, TPCN2, TYR, and TYRP1. The OCA2 gene encodes for a “P” protein which manages melanosomes—organelles that control the production, storage, and transport of melanin. Mutations in this gene may lead to different numbers and properties of melanosomes, resulting in varying amounts of melanin. The HERC2 gene, which resides on intron 86, regulates the on and off functionality of OCA2. Alterations in the HERC2 gene may lead to varying levels of OCA2 activity, resulting in different quantities of melanin. Past studies have established that humans initially had higher amounts of P protein and melanin, and therefore had darker eyes. Resultantly, exploring evolution’s selection of specific mutations, which increased the variance of eye color across the gene pool, can provide insight into the reasons behind eye pigment variations.

One theory regarding the evolution of darker to lighter eye colors proposes that the latter may confer protection against Seasonal Affective Disorder (SAD). This disorder, affecting 6% of Americans, leads to depressive symptoms in the colder months and almost opposite, “upbeat” symptoms during the warmer months. As some signals can be transmitted from the eye to the suprachiasmatic nucleus, a region in the hypothalamus known as the “body’s circadian clock,” the type or amount of light absorbed by the eyes can control homeostasis and day-to-day functions. Often, a greater amount of short wavelength light leads to higher levels of cortisol, the hormone which mediates the body’s stress response; this light also lowers melatonin in the body, resulting in decreased quality of sleep. Since lighter eyes have a lower amount of light absorption, they may be better protected against these neural shifts leading to SAD symptoms, providing a possible explanation for the evolutionary purpose of eye color.

Another theory about the evolution of eye color stems from its potential link with skin color. As previously established, most people initially had darker eyes and skin. As people migrated to Europe and other northern areas of the world, there was less exposure to the sun. Resultantly, mutations that produced lighter skin were favored, as less sunlight is required to generate Vitamin D when there are lower amounts of melanin in the skin.  Since lighter skin and eyes are controlled by overlapping genes, it is possible that lighter eyes mutated and evolved into existence due to this occurrence.

Though eye color variations in the population have evolved over time, changes in pigmentation can also occur over the course of an individual’s lifetime. One of the conditions leading to eye color changes is Fuchs’ heterochromic iri- docyclitis. Resulting from a deterioration of melanocytes, or melanin-producing cells, this disease presents with  inflammation in the inflicted area. Another iris depigmentation condition is Horner’s syndrome. In this condition, there is a lower amount of melanocytes present. There is also a lack of sympathetic axonal efficiency, meaning that the signals within the peripheral nervous system are not rapidly transmitted. These conditions prove that the production of melanin does not stop in childhood; rather, evolution has shaped the pigmentation of the eyes into a lifelong process.

Regardless of which theories are accurate in predicting the reason behind eye color variations, it is mind-blowing that evolution has taken centuries to influence the smallest part of our lives—even something as seemingly inconsequential as eye color. Studying the purpose of iris pigmentation is one of many ways in which we can use science to meaningfully understand the world.