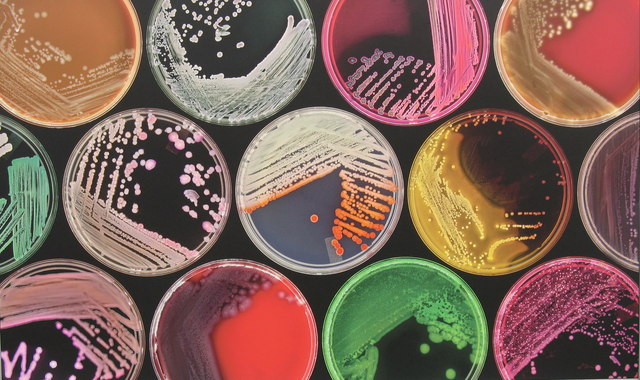 When I’m sleep-deprived to the point where I can’t remember how I got from point A to point B, I like to daydream about discovering or inventing something miraculous. I refuse to believe I’m the only one. Apparently, it could be as easy as growing some mold (if you have messy apartment mates this is just too easy at this point).

In 1928, Scottish bacteriologist Sir Alexander Fleming accidentally discovered “mold juice.” As a professor of bacteriology, he pursued his interest in natural bacterial action of the blood and in antiseptics (substances that stop microorganism growth). In addition to bacteriology, he studied numerous topics in immunology and chemotherapy and published papers on his findings. While studying the influenza virus, he decided to venture off for a much needed vacation. Upon his return, he discovered amongst the disarray of his unfinished experiment, that a mold (known as Penicillium notatum) had developed on and consequently contaminated a petri dish in his lab. He observed that the mold had created a bacteria-free circle around itself on the dish— in other words, the mold killed some of the bacteria Fleming had grown.

Intrigued, Fleming isolated the mold, grew more of it, and then experimented to see how many other bacteria it could kill. Lots of them, it turned out. He named the active substance, “mold juice.” However, in 1929 Fleming formally named it Penicillin.

Penicillin is a group of antibacterial drugs— known as antibiotics— that is derived from different types of common molds. It treats various infections and diseases caused by bacteria, such as ear infections and pneumonia. Penicillin works by preventing the substance that forms cell walls, peptidoglycan, from cross-linking properly in the last stages of bacterial cell wall synthesis. This greatly weakens the cell wall and causes the bacterium to lyse, or burst open, because of osmotic pressure. Cell walls provide the cell with a protective barrier and filter molecules that pass in and out. Without peptidoglycan to cross-link, or bind several long molecules tightly together, the cell walls’ structure collapses. Simply, penicillin works by preventing bacteria from forming new cell walls. No new walls, no new cells, no new bacterial growth.

Though Fleming stopped studying penicillin in 1931 due to a lack of resources, Howard Florey and Ernst Chain continued and finished his research. In 1940, Chain and Florey read Fleming’s published work and demonstrated that his discovery could be used for a large number of infectious diseases. The first human patient who was treated with penicillin was Albert Alexander. He was treated with the first dose of penicillin in 1941 for streptococcal septicemia, a bloodstream infection also known as blood poisoning. His short-term recovery with administered penicillin was remarkable. But unfortunately, Florey’s team ran out of that first formulation of the penicillin drug before Albert was completely healed and he eventually relapsed and died.

Florey persuaded several companies to upscale production of a newer, more effective formulation of the penicillin drug, and by the end of World War II, thousands of deaths and amputations were prevented, and life-threatening diseases were treated, such as syphilis, meningitis, and gonorrhea.

In 1945, Sir Alexander Fleming, Ernst Boris Chain, and Sir Howard Walter Florey were awarded the Nobel Prize in Physiology and Medicine for the discovery of penicillin and its curative effect in various infectious diseases.

To date, penicillin has become the most widely used antibiotic in the world. Without antibiotics, the world would be plagued with paranoia over every cut, scratch, and scrape. But thankfully with penicillin and sulfa drugs (an alternative antibiotic), infections aren’t a reason for alarm in mild to moderate cases, and patients can safely recover to their normal state of health.

Whether you stumble upon the next revolutionary catalyst or pass that class you keep skipping with a stroke of serendipity, don’t discredit yourself and let your head fall too quickly. Because as Bob Ross would say, such mistakes are actually just “Happy Accidents.”