A Noble Winner | The Discovery of Human Blood Types

The intellectual strife, stride, and fervor involved for the sake of discovery and revolutionary transformation are profound. Some get lost, some pursue, and some provide such a tremendous effort for humanity with such humility that they feel they cannot accept the prize due to the unequal value of money for civil justice and kindness (a rarity but a reality).

Okay, that’s dramatic. But what’s this all really about? Here’s a little history blurb to better understand the context:
The Nobel Prize was established by none other than inventor Alfred Nobel (1833—1896). Remarkably, he amassed over 350 patents in his lifetime. One of his most noteworthy yet controversial patents, which quite directly changed the face of history, was dynamite. Although this controllable combustible made blasting rock and the construction of canals and tunnels a relatively safe process, the discovery also fell into the hands of many who left fire and destruction in its wake. The devastation of this reality, however, later served as a catalyst for inspiration to give back to humanity in a more positive light. Those who had the greatest benefit on mankind (from any worldwide contributor) would receive the Nobel Prize, according to Alfred Nobel’s will that the remainder of his million-dollar fortune be invested and dedicated to individuals in this very manner. (1) 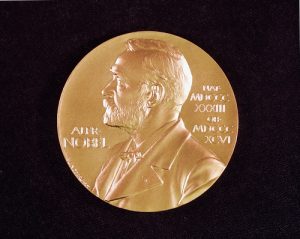 The Nobel Prizes are bestowed to individuals (or groups of 2 or 3) who offer remarkable contributions to humanity within 6 categories each year: Chemistry, Physics, Literature, Economics, Peace, and Physiology & Medicine. Let’s dive into that last one and take a step back into the 1930s…

Karl Landsteiner won the 1930s Nobel Prize in Physiology & Medicine for his discovery of human blood groups and blood types which changed the face of health and medicine forever. His journey to discovery began with exposure to biological and biochemical processes in medical school. After 20 years of research on pathological anatomy, he discovered new information on the immunology of syphilis with the help of a research team as well as new information on numerous other medical conditions. Struck with fascination regarding blood antigens and antibodies and frustrated by the world’s lack of knowledge on the subject, he decided to dedicate his time to this specific domain, despite the criticism he faced.

Until the beginning of the 20th century, blood transfusions were high-risk procedures, if not fatal. In 1875, Dr. Landois, a pioneer in the study of blood transfusions, reported that when humans were given transfusions of blood of other animals, foreign blood particles clumped together. In the early 1900s, Dr. Landsteiner hypothesized that a similar reaction would occur when the blood of one human individual is transfused to another human being and that this might be the cause of shock, jaundice, and hemoglobinuria that had followed some earlier attempts at blood transfusions. While several reported blood transfusion cases occurred before the 20th century, many of them were not successful, and it was not until 1901 that they could be done safely. (2)

Dr. Landsteiner utilized blood samples of healthy individuals, measuring the presence and absence of agglutination. Agglutination refers to the clumping of particles, ordinarily the clumping of an antigen and its corresponding antibody called isoagglutinin. An antibody that causes agglutination is called an ‘agglutinin.’ Agglutination is not to be confused with coagulation, which is the formation of a blood clot (a mass formed from platelets and fibrin proteins). Any particle can agglutinate, but only blood can coagulate. For some reason, these concepts took a while to click and I proceeded to stare, mystified, at a comparison chart that looked practically identical for probably 10 minutes. But to clarify, agglutination is an ANTIGEN + ANTIBODY clump rather than a definitive BLOOD CLOT. (3)

Blood samples were taken from healthy men, women, and recently pregnant women. Dr. Landsteiner made serums with the blood samples and tested each one for the presence of agglutination. He also mixed the blood sampled serums and recorded any reaction that occurred. From a personal observation, the data tables appear simply random and disordered; however, Dr. Landsteiner hypothesized from patterns in the data tables that different types of agglutinins caused the varied but consistent reactions (either the presence or absence of agglutination) with each other. He concluded that 3 different substances must exist in the blood as he noted 3 distinct and recurring reactions. He named them Group A, Group B, and Group C. (4) 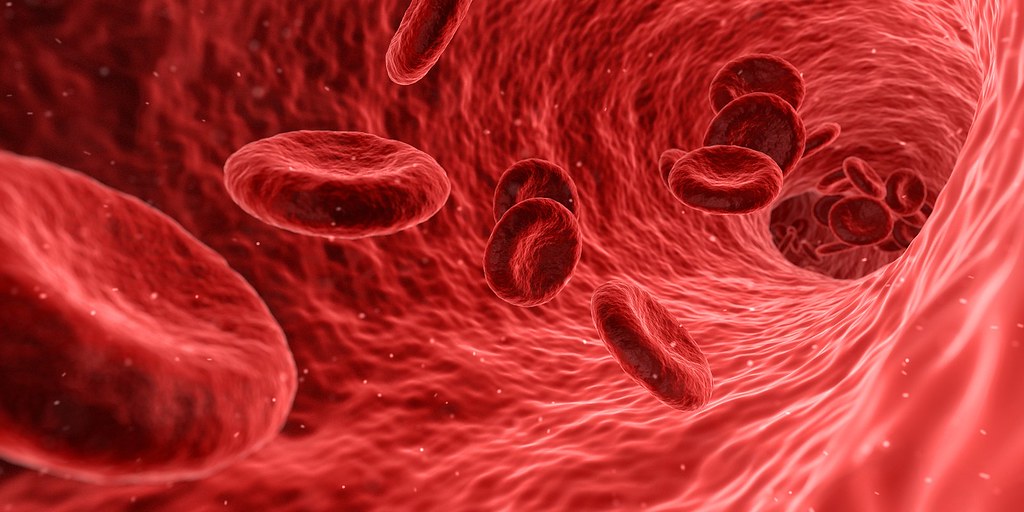 While intuitively we may think that all human blood (or all blood for that matter) is one and the same, red blood cells, as Dr. Landsteiner discovered, have crucial differences. (Source)

The name ‘Type O’ replaced Group C, and the others followed suit (‘Type A’ and ‘Type B’). Landsteiner’s discovery prompted others to research, and ‘Type AB’ was discovered and reported in a later research article. (5)

In addition to the four blood groups (Type A, B, AB, and O), Dr. Landsteiner proposed the existence of blood types M, N, and P from peculiar mixed-blood reactions. (6) These were left as relatively ambiguous findings, but three decades later he renamed types M and N as ‘Rh-positive’ and ‘Rh-negative’ respectively. Dr. Landsteiner later ruled out Type P as a possible blood type, as it would have been called blood type ABO which cannot physically exist. Rhesus (Rh) factor is an inherited protein found on the surface of red blood cells. If the Rh protein exists in the blood, the person’s blood is Rh-positive; if the blood lacks the protein, the person’s blood is Rh-negative. (7)

The 4 major blood groups (A, B, AB, and O) and the 8 major blood types (A+, A-, B+, B-, AB+, AB-, O+, and O-) indicate the distinct antibodies–or the lack thereof–that a person has in their blood. Essentially, agglutination indicates blood type compatibility; the antibodies in the blood have appropriately bound to the antigens on the cells.

While researching blood types and the many specific factors that determine them, I was startled to come across a small community of individuals enthusiastically associating blood types with particular personality traits. Is this the new horoscope? I’m a type B+ if anyone was wondering. It means that I’m optimistic but I’ll never get anything above a B+ in school (insert sad face here). What’s yours?

Knowing your own blood type is actually quite important in case of an immediate need for a blood transfusion. One way to determine your own is to donate blood, and thanks to this incredible discovery of blood types and the Rh factor, individuals can both give and donate blood regularly, and safely.

Ultimately, the identification of the presence of agglutinins in the blood enabled physicians to transfuse blood without endangering the patient’s life. This radically changed the practice of medicine and healthcare indefinitely. Dr. Landsteiner not only discovered the various blood types, the antigens on them, and the Rh factor, but also made numerous contributions to histology and immunology with brilliant findings in poliomyelitis, haptens, and syphilis.

What new revolutionary scientific discovery will be next? Surely not from the shaky, over-caffeinated hands of tired UC San Diego students. Unless…