Dsuvia: Newly-approved painkiller does little to assuage the pain of nation’s opioid crisis

The opioid abuse epidemic in the United States is one of the nation’s most devastating public health crises in recent years, currently claiming the lives of over 115 overdose victims each day. The misuse of opioids, both those prescribed in hospitals as painkillers and those that are synthetically produced, has led to addictions that plague communities across the nation. Given this context of the opioid crisis in America, the news of the FDA approval of a new opioid drug, Dsuvia, that is ten times more potent than previous fentanyl-based drugs, raises many concerns. It was approved on Friday, November 2, 2018, accompanied by a statement from FDA commissioner Scott Gottlieb. The FDA has received much backlash against this decision from the FDA advisory board, U.S. senators, and the general public. Many are questioning whether this drug is even necessary for the medical field and contemplating how this approval reflects on the U.S. government with regards to its response to what may be our nation’s current largest public health crisis.

Dsuvia, the latest painkiller to receive approval and hit the market, is a sufentanil-based opioid drug. A bit of background on opioids and how they work: opioids are used as painkillers because they block pain signals from the body from reaching and being interpreted by the brain. They are small molecules that bind to receptors in neuronal synapses of the spine, brain, gut, and other tissues. In binding, they trigger signal transduction pathways that inhibit the production of secondary signaling molecules in the cell. This prevents the signal of local, bodily neurotransmitters from being converted into an intracellular response. Cells are no longer able to process signals from neurotransmitters like acetylcholine, GABA, and noradrenaline, that are sent from nociceptors, which are sensory neurons that recognize painful stimuli. Patients treated with opioids temporarily lose pain perception, but also experience feelings of euphoria, calmness, and happiness caused by increased release of the reward center-activating neurotransmitter dopamine. Repeat overstimulation of reward centers quickly leads to addiction, causing people to use increasing amounts of opioids that can ultimately lead to overdosing. The most dangerous symptom of overdose is respiratory depression, in which a person’s oxygen intake and carbon dioxide expulsion are greatly decreased due to reduced breathing. Prolonged respiratory depression may be fatal. The drug naloxone, an opioid antagonist that binds to and blocks neurotransmitter receptors, is often employed by either emergency response teams or trained bystanders to immediately to reverse the effects of overdose until patients can be admitted to a hospital.

Sufentanil is the opioid component of Dsuvia. The drug is produced by AcelRx Pharmaceuticals, Inc., a company focused on producing anesthetics for a wide range of medical uses. Dsuvia is a particular formulation of sufentanil that can be administered sublingually, or under the tongue, using a disposable, pre-filled, single-dose applicator. Sufentanil had been approved for intravenous administration since 1984, but it is this simplified, sublingual method of delivery that people find concerning. Its use is restricted to controlled medical settings, including “hospitals, surgical centers and emergency departments,” as the drug itself is a highly controlled substance. Multiple reasons have been given for the necessity of this drug. Dr. Pamela Palmer, co-founder and chief medical officer of AcelRx, claims that the packaged, solid, single-dose “pill” prevents liquid opioid mix-ups in medical settings that could prove fatal to patients given an incorrect drug. The Pentagon sponsorship of the project focuses on the ease of administration in military settings, as Dsuvia can provide speedy relief in a context where medical equipment needed for intravenous treatment is inaccessible. The FDA statement also frames the drug as a backup painkiller in medical settings where intravenous treatment may not be possible, or other drugs or methods are not expected to provide adequate analgesia (pain relief). Whether the drug is necessary for the current state of medical affairs, and whether, more explicitly, this drug has the potential to amplify the problems of the opioid crisis, are questions that remain following its recent approval. 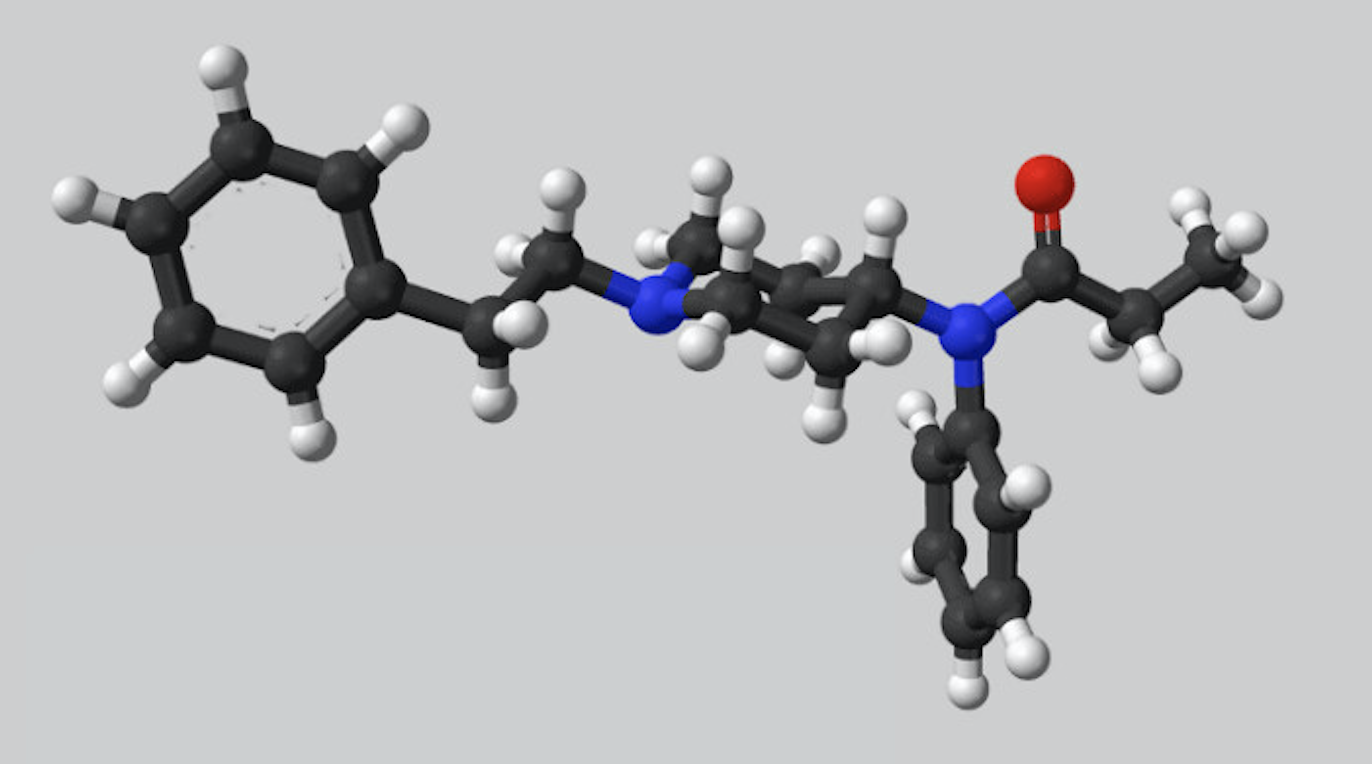 Chemical structures of fentanyl. Morphine, fentanyl, and sufentanil are increasingly potent drugs that cause neural reward centers to be flooded with dopamine, a neurotransmitter, thereby regulating the the rewarding and addictive properties of drugs. (Source)

There has been an overwhelming response to the approval of Dsuvia. Four U.S. senators wrote a letter directly to Dr. Gottlieb outlining the public health crisis our nation is already facing. They point out that pharmaceutical drugs can and do enter the illegal marketplace, noting that the illicit use of fentanyl-laced drugs is the direct cause of many opioid overdose deaths. Furthermore, the four senators indicate that the packaging of this drug makes it even easier to “drop” a tablet, or have it fall out of medical control and be diverted out into public, illegal use. They call out the “historical ineffectiveness of opioid risk evaluation and mitigation strategies” for appropriately handling diversion and similar problems. They also point out that the lack of a meeting between Anesthetic and Analgesic Drug Products Advisory Committee (AADPAC) and the Drug Safety and Risk Management Advisory Committee suggests that the discussion about the risk and benefits of approving this drug may have been cut short. This is particularly alarming, given that any new opioid introduced to the marketplace can have a rippling effect through the entire opioid crisis, and that this one is especially easy to transport.

Many other medical professionals also doubt whether the benefits of such a powerful new opioid outweigh the potential and probable dangers it poses. Raeford Brown, M.D., chair of the AADPAC and co-author of a strongly-penned letter of opposition to the FDA, argues that it is not filling a unique need. He references Abstral as an example of another sublingual, fentanyl-based drug of similar strength, and questions the necessity of introducing yet another easily divertible product to the existing 440 formulations in the “armamentarium of analgesics”. Timothy Brennan, M.D., director of the Addiction Institute at Mount Sinai West, also places this drug in the context of the United States’ absurdly high opioid consumption levels, stating that “Fentanyl and its analogues are being misused, being abused, and finding their way into the illicit opioid supply,” even in the face of multiple layers of restrictions already placed around handling these drugs. He implies that sufentanil products will likely follow the same route.

The decision of the FDA to approve Dsuvia is clearly controversial, and with reason–the FDA will not be facing the consequences of this approval. Far more than just the importance and safety of a drug are considered during the FDA approval, as money, connections, and favors continue to be influential factors in bureaucratic processes. This possibly niche drug may be the key to helping more people through otherwise incredibly painful situations, but this is at the risk of introducing another extremely addictive formulation into wider circulation in a country already ravaged by opioids. Public health is a responsibility of our government. We have seen, time and time again, that the safety and risk mitigation methods put around opioid distribution have not been effective, but this hyper-effective drug has been approved with protection methods that are chips off the same block. Our relevant government agencies need to take action, by refining drug approval and safety policies to better control available drugs, and by continuing to put resources toward helping those already hurt, directly or indirectly, by the pain of opioid crisis.