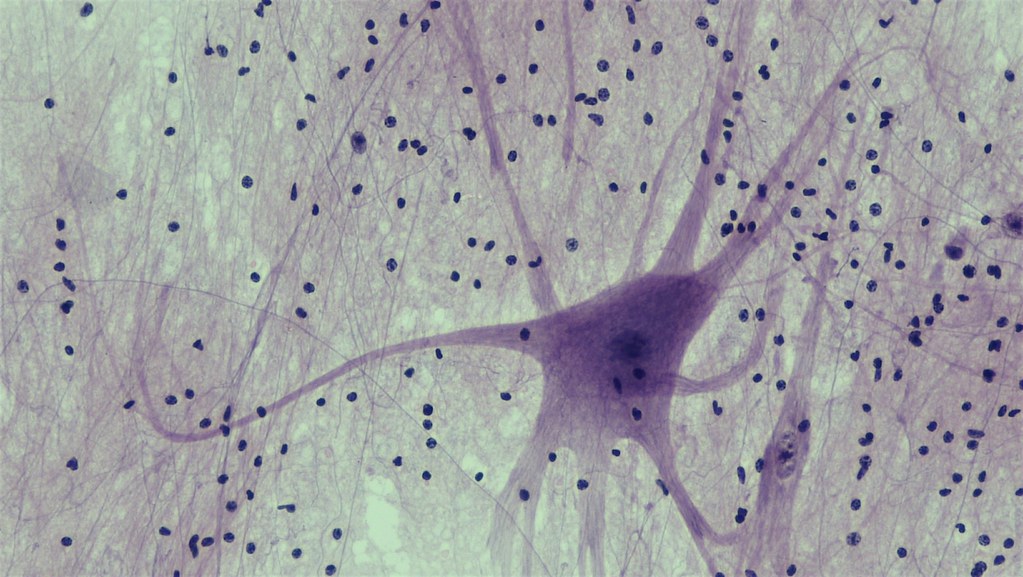 AFM: The Polio-Like Illness Taking the Nation by Storm

A highly contagious, often fatal disease that frequently leaves its victims paralyzed and unable to breathe or move their limbs. These were the realities of polio, a debilitating viral disease that was prevalent in the early 1900s. Fortunately, polio has been almost eradicated today in most countries due to vaccines invented in the 1950s and 1960s, and it has been nearly four decades since a case of polio originated in the US. However, cases of a new disease with polio-like symptoms have recently been cropping up around the nation.

Acute flaccid myelitis (AFM) is a disease characterized by inflammation of the gray matter of the spinal cord. The primary symptoms of AFM are muscle weakness, facial drooping, and slurred speech. Like other neurological illnesses, AFM is diagnosed by a clinical exam of the nervous system, an MRI, a spinal tap to examine the cerebrospinal fluid, or testing of nerve impulse transmission. Doctors sometimes find it hard to diagnose AFM as its symptoms are very similar to those of other conditions, like transverse myelitis and Guillain-Barré syndrome, but nervous system diagnostics and examination of spinal cord photos have proven to be useful for distinguishing between pathologies. Unfortunately, there is currently no established cure for AFM, and cases are assessed on an individual basis by neurologists. The prognosis for the disease also varies considerably, with some patients recovering thoroughly and others suffering from long-term paralysis.

Scientists are not exactly sure why AFM has been more prevalent in certain years; in fact, they aren’t even certain of what causes AFM in the first place. Some of the suspected causes of AFM are poliovirus or other enteroviruses, West Nile virus, and adenoviruses. Enteroviruses (e.g. poliovirus) are usually transmitted through the GI tract, while adenoviruses are a category of viruses that are responsible for everyday illnesses like the common cold, coughs, and sore throats. Of particular interest in regards to AFM is EV-D68, a non-polio enterovirus. An outbreak of this enterovirus occurred at around the same time that many AFM cases were diagnosed in late 2013 and 2014.

AFM is a bit of a mystery, with no known cause or cure. What makes the disease even more terrifying is that those most vulnerable to it are children. Though AFM can affect anyone, over 90% of cases have been in children under 18 years of age, and the average age of those affected is just four years old. In many cases, the early symptoms of AFM are easily mistaken for less serious conditions. Skyla Sandoval, a seven-year-old girl, first showed minor symptoms of a common cold and fever. Soon after, her right arm was numb, but it was dismissed as being due to a bad sleeping position. However, the next morning Skyla was rushed to the hospital after both of her arms became immobile; subsequently, she was diagnosed with AFM. Sometimes, even medical professionals may misdiagnose AFM as less serious conditions, which is what occurred in the case of patient Cambria Tate. When Cambria was two years old, doctors misdiagnosed her early symptoms of AFM as a pinched nerve. However, her symptoms worsened until she was eventually diagnosed with AFM. Now, at the age of four, Cambria can no longer walk. These cases demonstrate not only the rapid progression of AFM but also how vital early diagnosis is. Dr. van Haren, a Stanford professor who is advising the CDC on AFM, discussed  his experience with cases of the disease, saying “Physicians are on the front line, and what we’re seeing is really heartbreaking…Children are healthy one day and really profoundly disabled in some cases the next.”

Though the causes of AFM aren’t known, there are still steps that can be taken to reduce one’s chance of contracting the disease. As mentioned earlier, poliovirus may be linked to AFM in some cases, so it is recommended to be up-to-date on the polio vaccination, as well as other suggested vaccinations. West Nile virus is also a possible cause of AFM, so the CDC suggests using mosquito repellent when in mosquito-prone areas. Hand-washing and general sanitation are also strongly encouraged as these practices are always helpful for disease prevention.

Scientists are working fervently to learn more about AFM and find possible treatments. Dr. Amy Moore, a physician at Washington University in St. Louis, has had success in helping AFM patients through nerve transfer surgeries, which transport a redundant nerve in a patient (a nerve whose function is supplied by multiple donor nerves) to the site of a damaged nerve. So far, Dr. Moore has had considerable success with these surgeries, which have been able to help ten AFM patients. Another potential treatment for AFM was fluoxetine (more commonly known under the brand name Prozac); however, studies in children, who are the group most affected by the disease, showed it to be ineffective in combating AFM. On a more positive note, Robert Redfield, the CDC director, recently announced that AFM is likely not transmissible between individuals. While this doesn’t reduce the severity of the disease itself, it does greatly lessen the chances of an AFM “epidemic.” These are just a few of the recent breakthroughs being made in the area of AFM research.

The lack of certainty in what causes AFM, in addition to the lack of treatments proven to be effective for all patients, make AFM a scary disease. However, that doesn’t mean that it’s necessary to stay inside all the time and live in perpetual fear. AFM is a relatively rare disease, with less than 1 in 1,000,000 people in the US being affected by it annually. Furthermore, as mentioned earlier, basic practices like hand-washing and keeping up-to-date on vaccinations can go a long way in staying healthy.  Research being done by dedicated scientists and medical professionals also looks promising for the battle against AFM.