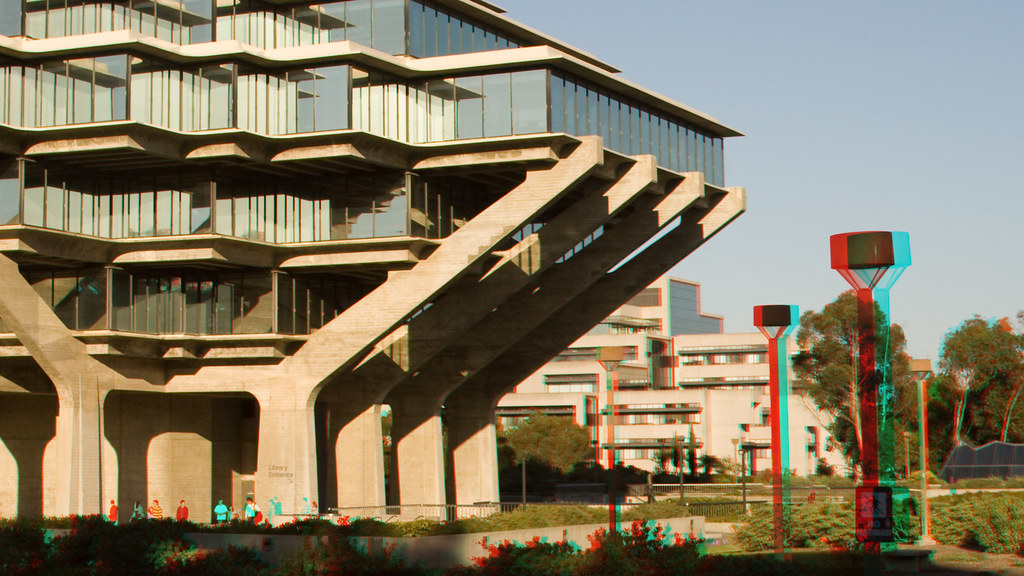 Made In La Jolla: UC San Diego’s Contributions to Research Around the World

Research biologists are hard at work in laboratories all over the world, performing carefully constructed experiments to produce answers for longstanding questions about life, disease, and humanity. The biological sciences have catapulted into the future through the 20th and 21st centuries due to novel discoveries and technological advancements. The global biomedical research community is currently in an unprecedented period of discovery, made possible in part by a small seaside town: La Jolla. UC San Diego and its surrounding community have generated massive amounts of their own groundbreaking research. But perhaps the university’s greatest accomplishments are the effects it has had on the research of others. Through the development of powerful, innovative experimental techniques, UC San Diego and other La Jolla institutions have influenced research worldwide. Some of the greatest discoveries and medical advances of our time would have been impossible without the staggering contributions of UC San Diego biologists.

Before UC San Diego was even conceptualized, the Scripps Institute of Oceanography was already paving the way in scientific research as an explosive force of innovation and discovery. Established in 1903, the originally independent research laboratory almost immediately provided unprecedented insights into the oceans and marine life. This pre-existing culture of excellence in the sciences is what motivated the Regents of the University of California, who acquired the laboratory in 1912, to establish another research institution nearby. In 1960, construction of the main campus of UC San Diego began, but many disagreed on what kind of academic giant was to be built. Every founder of the university agreed on strict adherence to the research disciplines, with some suggesting that the entire institute be devoted solely to research in science and engineering, only able to confer graduate and doctoral degrees. While this plan never came to fruition, the powerful commitment to research definitely shaped the university in its early days, and continues to influence it today. The choices made in recruiting the first faculty, further contributed to this heavy focus on research. This group of scholars included Nobel Prize winner in Physics, Harold Urey, and Roger Revelle, who hypothesized that the greenhouse gas effect was a part of global warming. This research faculty continued to grow, with the result that even before the main campus reached completion, the university claimed the discovery of the first evidence of global warming, the precursor to one of the most popular programming languages in the world, and the conception of at least three fields of science you can now major in.

As with almost all areas in the sciences, UC San Diego has been responsible for incredible advances in biology, but one stands alone as “one of the single most important techniques in genetics research since Mendel”. In 2008, Robert Tsien, a researcher at the Scripps Institute of Oceanography and a professor of Chemistry and Biochemistry, was awarded the Nobel Prize in Chemistry for his work in discovering green fluorescent protein (GFP). Scientists at every stage of their career will immediately recognize this molecule as it is nearly ubiquitous in current research experiments.Tsien was also instrumental in developing the actual technique allowing the gene encoding GFP to be integrated into a model organism and used as a reporter to indicate the presence or absence of a feature of interest. The importance of this technique cannot be understated; it is a procedure that has been essential in thousands of discoveries since Tsien’s work. His research accelerated the fields of molecular biology, biochemistry, physiology, and many other subdisciplines of biology by several orders of magnitude. Without Professor Tsien and the things he accomplished at UC San Diego, the world would have had to contend with a future without lifesaving medicines and discoveries that stemmed from Tsien’s original work.

Another cornerstone of biological advancement at UC San Diego was also recognized with the Nobel Prize, this time in Physiology and Medicine. Susumu Tonegawa, an alum of the university, received the distinction for discovering the set of genes responsible for antibody diversity. This provided biologists with one of the clearest understandings of the adaptive immune system ever seen. The previous theory on antibodies stated that one gene

produces one antibody, with under 19,000 gene/antibody pairs in the human body. Tonegawa demonstrated that genetic material can rearrange itself to produce millions of unique antibodies. Through his work, he also discovered a transcriptional enhancer associated with the antibody genes, constituting the first cellular enhancer element ever discovered. This was a revolution in the theory of the immune system, shattering preconceived notions and propelling genetics and immunology into unfamiliar territory.

Tonegawa’s research also provided the foundation of another powerful research technique: synthetic antibodies and immunolabeling. Armed with the new information for how antibodies are made in vivo, biotechnologists were able to develop streamlined systems for synthesizing antibodies for almost every organic tissue imaginable. Combined with Tsien’s research on fluorescent markers, cell lines can be targeted by antibodies, and made to light up in different colors, showing the complex interactions between cells on a microscopic level. Today, immunohistochemistry advances have provided biologists with the highest resolution images of anatomy known, which have in turn spurred more projects and discoveries about the organization of cells, tissues, organs, and organ systems.

UC San Diego continues its tradition of developing groundbreaking research techniques today. Without the years of use to promote the world recognition that antibody diversity and GFP have enjoyed, many of these current and cutting-edge discoveries go unnoticed. La Jolla is the source of a constant, overflowing stream of biological innovation; just one look at the UCSD Research News Science and Engineering section shows that the timeline of influential research released by the school cannot be measured on the scale of months or weeks, but rather days. For example, UC San Diego’s Kavli Institute for the Brain and Mind is a powerhouse of neuroscience research, especially in regards to the recently popularized and mysterious technique of brain mapping. In collaboration with the Salk Institute and the Cognitive Science Department, UC San Diego is combining methods across multiple disciplines to produce the most accurate maps of neural circuits. The technique has reached a level so powerful, that it has rendered older, widely accepted brain models defunct, and the maps themselves have spawned dozens of international collaborative research projects.

UC San Diego has a long history of innovation behind it, and it has no intention of slowing down. It’s research areas continue to expand today, with a prime example in the completion of the Tata Institute for Genetics and Society, a facility that primarily focuses “new technologies developed at UC San Diego” at UC San Diego with reference to genetics. Laboratories and research centers continue to expand, increasing the capacity of the university to develop groundbreaking research. In the future of the sciences and biology, it seems UC San Diego will continue to have a powerful presence at the forefront of research everywhere.