Improvements in DNA Sequencing Are Another Step Toward Personalized Medicine

A 12-minute drive away from UC San Diego’s main campus is the headquarters of Illumina, Inc., a serious player in the biotech industry that’s on its way to a major development in DNA sequencing technology: third generation sequencing (TGS).

Illumina and other biotech companies, such as Pacific Biosciences and Oxford Nanopore, are racing to develop and commercialize this technology. Development improves upon current generations of DNA sequencing technology by increasing speed and lowering cost. However, the main appeal of TGS is its ability to sequence complex regions of DNA — an ability that current generations lack.

This improvement in TGS goes back to the concept of DNA sequencing itself, which is similar to reassembling a book from millions upon millions of paper strips that have overlapping words or sentences. Illumina’s latest systems sequence DNA in small strips called “reads” that are about 150 to 300 base pairs (bp) long, then use computer algorithms to assemble them according to their overlaps to form the entire sequence. Previous technology had difficulty sequencing complex regions in DNA, such as the highly repetitive sequences in the introns of most eukaryotes, as well as other important biological sequences, namely genes. This is because the DNA reads and the consequential overlapping regions produced by current generations of sequencing technology were too short to effectively reassemble these sequences.

Conceptually, TGS systems can increase the length of their DNA reads to around 3,000–-6,000 bp’s — more than 10 times longer than previous generations’. This greatly improves their usefulness in assembling complex DNA regions and entire genomes from scratch, as they can now produce reads that encompass entire repetitive sequences and increase meaningful overlap regions among reads. 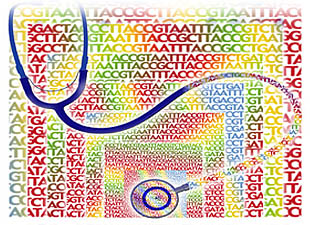 The success and widespread commercialization of Illumina’s and others TGS systems could fuel breakthroughs in areas such as personalized medicine, which relies on sequencing the genomes of patients to evaluate the risk factors of common and complex diseases. In the future, with reduced costs and increased speed and accuracy of TGS, we could see selective genetic diagnostics in clinical settings replaced with whole genome sequencing, with the latter becoming the backbone of future medicine. Babies could have their genomes sequenced at birth, while ordinary people could have their genome sequenced at a low cost, ushering in an age of personalized medicine where everyone can fully know their genome medically.

There are still ways to go in terms of whole genome sequencing and personalized medicine being widely implemented. However, the development of TGS systems is a major step in the right direction, a cornerstone that will fuel this revolution in the years to come.