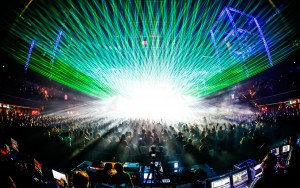 [dropcap style=”normal or inverse or boxed”]Y[/dropcap]our text with dropcaps hereaves originated in the 1980s as blaring underground electronic dance music (EDM) events that spread solely through word of mouth. In recent years, the EDM fan base has grown immensely, which has increased recreational drug use- specifically, MDMA (3,4-methylenedioxy-methamphetamine). The bright LED screens, pyrotechnics, and loud music, entice young adults to enhance their rave experience through mind altering drugs. However, recent deaths related to recreational drug use have many policymakers reconsidering the safety of EDM concerts and festivals.

MDMA is a stimulant that induces the following psychoactive effects: mild hallucinations, enhanced sensations, and an increase in emotional closeness to others. MDMA is a prosocial drug, especially when the user is surrounded by other users. The rave scene, combined with club drugs innately harbors social interactions despite the loud music impeding the ability to communicate.

Any MDMA user can give you a firsthand account of the feeling of ultimate closeness the drug brings about. These immediate effects are due to the flooding of three neurotransmitters in the brain: dopamine, norepinephrine, and (predominantly) serotonin. Serotonin is as imperative to regulating mood as it is to regulating body temperature, which can lead to deleterious effects in MDMA-affected individuals. Without proper homeostatic processes, or the ability to regulate internal temperature, a person is susceptible to hyperthermia or a dangerously high body temperature. In an environment that calls for high-energy dancing in a hot, tightly packed crowd, properly functioning homeostatic processes are essential to prevent overheating. Another  risk when under the influence of MDMA is hyponatremia, or water intoxication, which leads to brain damage, paralysis, or even death. The body’s internal equilibrium is disrupted, and the ability to determine that the body has enough water is inhibited, resulting in excessive drinking. Although hyponatremia is seemingly rare, the California Poison Control Center in San Francisco has ruled it one the most common causes of MDMA-related deaths. 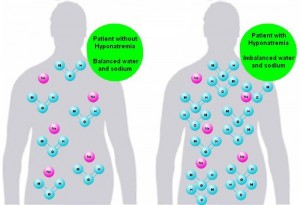 The increasing number of drug-related fatalities at festivals has encouraged lawmakers and family members alike to call for more drastic policies. Most recently, following the deaths of two girls at Hard Summer music festival, the LA County Supervisor temporarily banned raves in the surrounding LA area. Other city leaders have enacted similar measures, including Miami Mayor Tomas Regaldo, who wanted Ultra Music Festival to move to another venue. However, banning a multibillion dollar industry is not a permanent solution to curbing drug use. Many believe that educating people about the dangers of drugs is an effective way to promote health and safety at electronic-music events. Nonprofit organizations, like DanceSafe, are implementing such strategies by offering on-site testing services to check the purity of drugs as well as providing water and pamphlets on the risks of drug use. The most effective solution is abstaining from MDMA and other substances to ensure the safety of concert-goers.

The club drug scene has its roots in the genre of electronic dance music due to the high energy music and colorful lights. With EDM gaining popularity, and festivals springing up, recent drug-related deaths have sparked the interest of political leaders to help combat club drugs. Ultimately, the user holds the power to decide when the risks of MDMA use will eventually outweigh the chase for euphoric feelings.