Alright, y’all, it’s week one. It’s a new year, we’re at the top of Mount Motivation, and the Optimism Oil is on fire. I get it. Whether you’re one of those people saying, “Okay, this year wasn’t that great but this one is going to be it!” for the second or tenth time (yes, I see you), the sense of urgency is vital. That’s right, today, we’re tackling the widespread issue of procrastination. To quote the graceful Shia LeBeouf, it’s time to “JUST DO IT”.

You don’t need me to tell you procrastination is bad. Surveys say 80–95% of college students struggle with procrastination1. But why? Let’s start with our genes (shout out to Divya’s blog). In a study by Daniel Gustavson at University of Colorado Boulder, 181 identical-twin pairs and 166 fraternal-twin pairs filled out surveys about one’s inclinations toward impulsivity, procrastination, and maintaining goals. Why twins? Identical twins share all their genes, while fraternal twins share about half of their genes. Results showed the heritability of procrastination is 46% and the heritability of intelligence is 75%. Say whaaat!

Another interesting theory behind why we procrastinate is based on neuroscience and evolution. Um, giant mammoths and saber-toothed cats back in the Ice Age? No chill. If our ancestors’ fighting strategies failed, it could mean instant death. so humans grew to avoid situations where we feel insecure about our plans.

What’s happening in today’s Red-Bull-saturated brains, though? The limbic system, associated with basic emotions and motivations, is older than the frontal lobe, the origin of our more logical thought processes. Thus, scientists speculate the limbic system tends to be the stronger of the two2. Since your brain doesn’t fully trust its ability to pass the class, study well for the midterm, etc., the limbic system prevents you from accomplishing any of these tasks. It’s like a self-handicap. Having a negative “I-really-don’t-want-to-do- this-can-I-drop-a-class-during-week-10-oh-my-god” attitude doesn’t help your limbic system calm down either. End result: GPA so low, call it Han. Sorry not sorry for the Star Wars VII reference.

We’ve learned some of the reasons behind procrastination, but how can we combat it?

This tactic almost always works for me! Before you procrastinate your time away, ask yourself, “Will this choice bring me happiness?” Sure, you might get some lackluster pleasure from opening up Twitter instead of a textbook, but will it really contribute to your future happiness? This strategy is great because it makes it feel like you’re taking a step towards what you really want rather than denying yourself something short-lived. All it takes is a little perspective. Frontal lobe: 1. Limbic system: 0.

“If I finish this problem set, then I will do better on the exam.” Have you ever reinforced yourself with thoughts like that one? In one experiment, researchers found that when students thought of positive “if-then” statements, their procrastination decreased and they were able to study longer than those who did not use the same motivational method3. This strategy works because you feel more confident about your plan, and it appeals to your frontal lobe.

Instead of letting technology control you, take control of it! For example, I made a Pinterest board offering everything productivity-related, from morning routines to time management hacks. You can also check out this fantastic infographic of 44 different productivity apps. Each app’s pros and cons are listed.

Yeah, procrastination gets us 10 weeks of fun and semi-guiltless Netflix binges, but we all question whether it’s worth staying up until 5 a.m. in Geisel with a BCC (blood caffeine concentration) of 50% during finals week. I believe in you all. Whether you’ve been procrastinating on school, work, or simply your personal goals, I hope this article helps you achieve whatever you want this year. Have an awesome 2016! 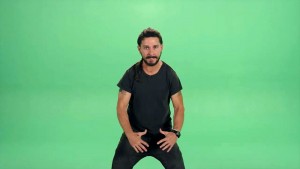