Bio majors, assemble! Actually, we need a better team name. Saltman’s Soldiers? Biowarriors? Biology BSers? Nevermind, they’re all awful names. Anyway, I saw Avengers over the weekend, my manager said I should watch Spiderman, and I’ve been reading Year Four of Injustice: Gods Among Us, so let’s talk about superheros.

Oh boy, James Spader did an excellent job as Ultron in Avengers: Age of Ultron, but he’s a robot, so I can’t talk too much about him. I already talked about the effect of radiation on the human body; it most certainly does not turn you giant and green. The versions of magic super-serum that Captain America, Bruce Banner, and Black Widow used can only be explained by vita-rays, gamma radiation, and communism. What about the bio-circuits of Iron Man? By way of an idea rivaling wooden computer chips, Iron Man uses bacteria to grow into his circuits which makes his suits and computers so compact! Could we make microbes deposit gold particles to form a circuit? There is a team from the Netherlands successfully using a similar method, and one of the authors is even named Starck! Using self-assembling carbon compounds, the team fabricates organic transistors, which are critical parts of any circuit. 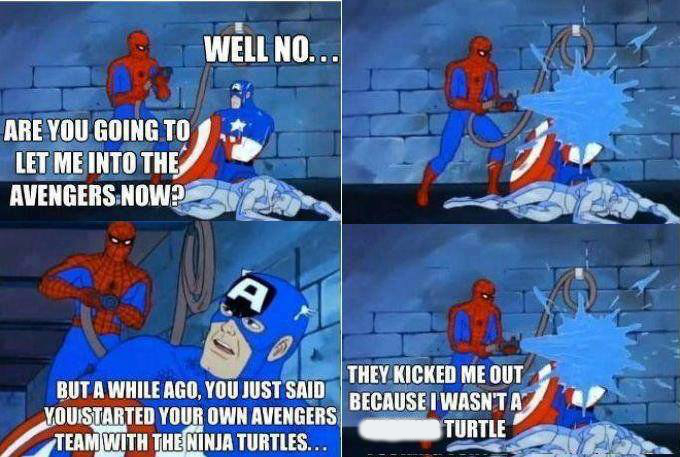 I really liked the old Spiderman movies; I don’t know why they needed to remake it so recently, but we have a Fantastic Four reboot coming out, so I guess that’s the pattern now. Marvel has always tried to create unique super heroes, usually with intelligence, so Peter Parker is a man of science. While humans do share some amount of DNA with spiders, mixing it is unlikely to be beneficial to us. The effect would also not be widespread, since every cell would have to be integrated by a teaspoon of venom. Also, in the newer movies, does no one know about facemasks or fume hoods? 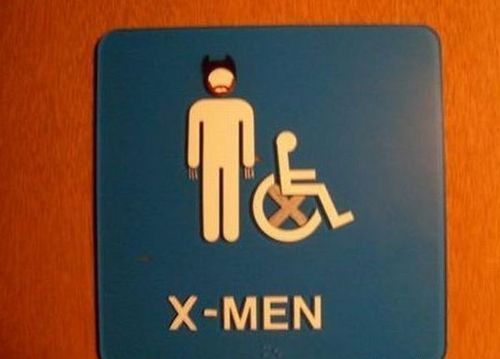 I’ve talked about evolution before, and it does not typically result in superpowers. Most of the “mutants” in Charles Xavier’s academy are said to be products of the atom bomb, whose radiation changed their DNA into new and exciting forms. All these mutants are supposed to have a particular genetic mutation called the X-Gene, which gives way to the exciting powers. One of these powers is immunity to HIV, among other viruses. In real life, immunity to HIV is rarely seen but seems to be related to a few proteins (CCR5, CD4, and the human leukocyte antigen). CCR5 is found on the surface of human immune cells and binds to HIV, allowing it entry into the cell. When mutated, CCR5 can stave off the virus, allowing the body to resist or even prevent HIV. There are likely other proteins at work, because this treatment does not work in all populations, which leaves CD4 and the aforementioned antigen as prime suspects.

Since this is my last blog, I want to wish all of you good luck on your finals and a great summer. It has been lots of fun watching movies and writing all of these. I hope that it has been enjoyable for you all as well. Thanks for reading.