Evolution is without a doubt the mechanism by which the world’s plethora of species has emerged. Every plant, animal, person, etc. has DNA, which is both inherited from the parent(s) and passed on to the offspring. This inheritance, repeated for generations throughout all the populations of the world, is bound to lead to errors in transcription, which can then be inherited. Since genetic code change is largely what dictates the shape the organism will take, new organisms will slowly but surely arise. Until then, the ever-so-slightly different animal will breed into the population, influencing the group of animals’ frequency of traits.

This is the premise that Idiocracy presents us with: mankind has evolved to be stupid. Remember, changing genetic codes lead to novel organisms, so whichever new organism that succeeds in reproducing will lead to more of the same novel organism. Furthermore, these changes can affect reproductive success, or fitness, which is how we get to natural selection. Typically, the most beneficial changes generate members of the species that are faster, stronger, smarter, or otherwise uniquely adapted in an evolutionary arms race with all the species competing for resources or trying to eat them. This means that more babies produced means more reproductive success, right? 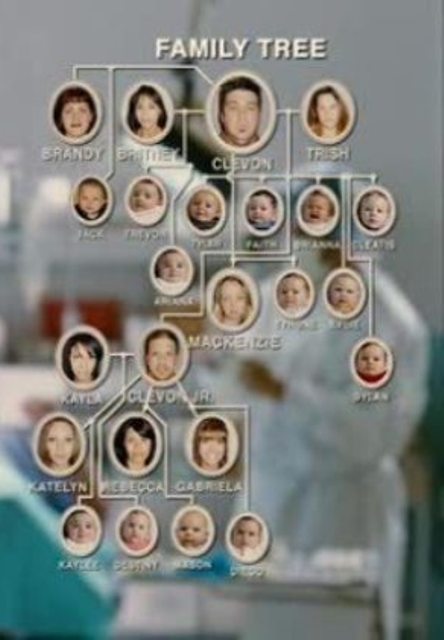 Interestingly, sometimes, the better reproductive strategy is to not have as many children and put more care into raising them; this is the usual mammalian strategy, and spoiler: humans are mammals. Idiocracy suggests that some humans instead adopt the reproductive strategy of reptiles and pump out as many children as possible with as little investment as possible. Over a thousand years, this leads to a population of rapidly breeding lack-wits who rely on technological automation slowly falling into disrepair. Since the average age of the stupid, fast-breeding population seemed to be around 20, let’s say there have been 50 generations between the America of today and the America of 3000. A thousand years and 50 generations doesn’t seem like a lot, but according to one theory, Haldane’s dilemma, 300 generations is all it takes for slowly reproducing species to introduce a new trait (stupidity). I think it’s conjecture, but I’m going to say selection for fast-breeding dullards is plausible, assuming that intelligence is wholly genetic and not due to wealth disparity or cultural norms.

Moving on. Some time in that 1000-year jump, Idiocracy’s equivalent of Sweetums decided to replace the nation’s drinking water with Brawndo (definitely not Powerade or Gatorade). Aside from the obvious effects of drinking sugar water every day (weight g ain and high blood sugar), too many electrolytes can actually lead to vitamin toxicity because of too many vitamins and minerals. Because the common practice is watering all crops with Brawndo, the agriculture of America is at a standstill. It seems that the sugar and salt concentration creates an osmotic pressure gradient, causing the plants’ cell walls to collapse, and the nutrients in Brawndo would be unnecessary to the plant’s growth. I would have thought the electrolytes would have acted as fertilizer; I swear I’m not an idiocrat.

Set your watches, because a thousand years from now, we’ll be surrounded by dummies with nothing to eat. Wait, could this be the human population left behind during the events of Wall-E?