The Contamination of Memories 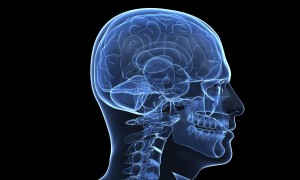 As sentient beings, we rely on our memories to explore ourselves and our surroundings, but what happens when our memories are not as reliable as we believe?

The notion of our memories being untrustworthy actually occurs in real life, according to psychological scientist Elizabeth Loftus. Elizabeth Loftus has been studying false memories for years and discusses her work during her TEDtalk, ‘The fiction of memory.’ She begins by talking about a man named Steve Titus, who was wrongly convicted of rape due to the victim’s faulty memory. She then speaks of studies showing that when subjects are fed false information, they are unable to correctly recall the original event created by the researchers. Furthermore, when subjects in another study were given false memories about foods they hated as children, they usually avoided those foods–showing that false memories did actually affect future behavior.

Using these research examples, she asserts that hearing incorrect information can alter the way people remember events or even create entirely new recollections, and these false memories permanently affect the way that individuals behave after the perceived ‘memory.’ It does not matter if something is remembered with confidence and detail; true memories are still difficult to distinguish from false ones without an independent third party to verify or provide evidence.

Without a doubt, the concept of dubious memories is controversial because it challenges current structural foundations, such as implementing and defending the law. What does this mean for witnesses who testify in court? Those who are interrogated by the police? The idea even goes beyond those instances to affect personal interactions. How will people know others are recalling things correctly? How will individuals maintain confidence in themselves if they are not even sure that they remember their lives accurately?

While Loftus’ argument has yet to become widespread, it certainly is an interesting one that will likely change the course of human life in the future.