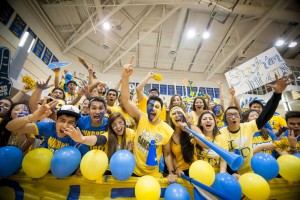 In addition, UCSD maintains its increase in female freshman applicants; 51.8 percent of applicants were female compared to 46.6 percent male applicants (1.7 percent did not report gender). Among transfers, though, 54.7 percent of applicants were male, while only 44.1 percent were female. Along with increasing diversity and number of women among its applicants, UCSD also boasts a continuing increase in applicants’ standardized test scores and GPAs. In this cycle, the average GPA for freshmen was 3.80, and the average SAT score breakdown was 599 in Critical Reading, 647 in Math, and 613 in Writing. For transfers, the average GPA was 3.37. Overall, the most popular majors for applicants were those in social sciences, engineering, and biology.

With its affordability, accessibility, and ideal location, the university hopes to continue to attract an extensive, diverse pool of applicants in the years to come.