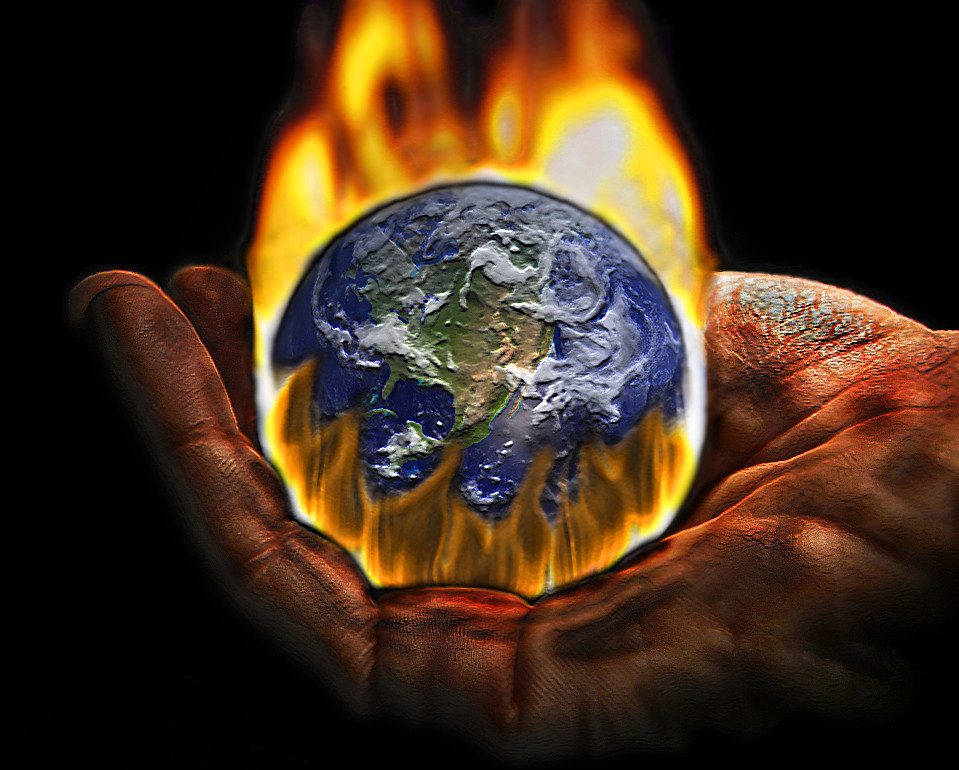 Stressin’ Over This Heat

This past couple of months of sweltering San Diego summer has been filled with many trips to the beach and other cool escapades; however, these current heat waves appear to be out of the norm, as recent changes to the global climate bring new concerns regarding long-term, negative impacts on the environment, as well as human health. Climate change has increased global temperatures, setting new records for many countries. With this continued rise in heat comes potentially new stress-related, biological health risks for many communities of varying socioeconomic levels. This fast-paced surge in temperatures (0.13 °F  per decade to be exact), with the recent surface temperatures being 0.5°C warmer than the average temperatures of 1986 to 2005, becomes an even greater concern, as most of the world has not anticipated this sharp of a rate of change both environmentally and health wise. The human body has adapted for hundreds of years to various changes in our environment, but recent, exponential change in climate and rise in average temperatures raises concerns for the human body in terms of heat stress and long term negative effects, such as dehydration, acute kidney damage and disease, and chronic kidney disease (CKD).

A crucial organ, the kidney, is heavily influenced by external temperatures and extreme imbalances in heat can lead to a range of consequences. Constant dehydration (an abnormal loss of water in the body) and high temperatures affects body temperature and increases the risk of heat-related illnesses such as heat stroke and exhaustion. Heat can also cause serious disease and damage in the kidneys. Kidneys perform important life functions such as filtering blood for fluid and electrolyte balance, removing waste products and fluids, and maintaining healthy blood pressure and pH levels, which can all be negatively affected by external temperature and dehydration. The renal system balances filtration, excretion, and reabsorption of water and waste products within the urine in order to maintain an osmotic gradient throughout the kidneys. Dehydration and increased heat levels cause stress to the kidneys, as they are not provided with adequate water to balance the amount of waste and fluid to either be excreted or reabsorbed from urine. As a result, a buildup of nitrogenous waste products within the blood due to improper filtration can spread throughout the body and lead to further damage to the kidneys and, if worsened, to the rest of the body systems. Prolonged dehydration symptoms and worsening temperatures can damage the kidneys’ form and function and lead to an increased risk of developing CKD, especially for populations in extreme weather conditions.

Based on an analysis of how CKD rates have increased globally, researchers have found that environmental heat, rather than socioeconomic and health factors, is the root of the problem. Heat not only leads to bodily damage such as kidney disease but can also increase dehydration by reducing important global water supplies. Increased temperatures have greatly contributed to water shortages as 10% of the world experiences great extremes—less than 0.5 cubic meters of water per person per year. The lack of water leads to hyperosmolarity, or increased concentrations of waste in the blood, which poses a risk for CKD along with a variety of other diseases, such as diabetes and cardiovascular disease. CKD can occur when hyperosmolarity triggers a pathway of vasopressin and aldose reductase activation. The aldose reductase enzyme resides in the tubule of the kidney. Once activated, it converts glucose to fructose, and this results in oxidant release. This generates oxidative stress, which can trigger inflammation within the kidney’s tubules, thus altering kidney function and damaging the overall renal system. As climate change begins to worsen and weather conditions become more unpredictable, the concern for diseases such as CKD grows as more body systems may be affected by these rapid changes.

There are two forms of acute kidney injury which can be caused from prolonged heat stress or insufficient and/or improper hydration, both of which can lead to CKD if not properly treated. The first form is rhabdomyolysis, which is caused by dehydration and increased levels of uric acid, a blood waste product. Rhabdomyolysis is the degradation of muscle tissue, which releases harmful myoglobin protein from the muscle tissue into the bloodstream. This harms the kidneys by blocking up the internal tubules and reducing their blood flow due to new fluid retention in the muscle. Common symptoms of rhabdomyolysis include dark red and limited urine, muscle pain, and overall weakness. Contrastingly, the second form of kidney injury is interstitial nephritis, which is caused by temperature-based oxidative stress and decreased energy supplies to the kidney. Constant heat stress puts further stress on bodily systems and metabolism, which ultimately limits oxidation capacity. Essentially, the condition is identified when the interstitial space between kidney tubules becomes inflamed and damages renal system functions. Common symptoms include bloody urine, decreased urine, fatigue, fever, etc..

Increased forms of acute kidney injury followed by heat-related injury and disease lead to an overall increased risk of developing CKD, which has been disproportionately high in many global lower-class populations. For instance, in rural communities such as Central American sugarcane farmers, high temperatures and manual labor lead to heightened dehydration and more concentrated urine. If prolonged and left untreated, this can lead to acute kidney damage and eventually CKD. Additionally, in lower-class rural locations, there is less equitable access to water and resources to limit heat exposure, and these factors can add up to cause disproportionate rates of heat stress amongst these populations. Rising temperatures in the recent decades have placed further heat stress globally and in varied degrees across all socioeconomic levels, and this has caused detrimental effects on the body. Prolonged exposure to heat, lack of precipitation, and adequate hydration has placed great stress on the kidney’s renal system, which has led to an increase in damage and eventual CKD. Action must be taken now to attempt the minimization of future damage and work towards a greener future.

While the future still remains unclear in regards to how to reverse the damaging effects of climate change, there are many steps that can be taken now and in the foreseeable future to limit the exponential effects of rising temperatures on the globe. In order to prevent further worldwide heat-related diseases such as kidney damage, major corporations must be held accountable for their carbon footprint and emissions, sustainable operations in industry and environment could be developed, and more. There is still time to make a positive impact on the globe and for the health of future generations.