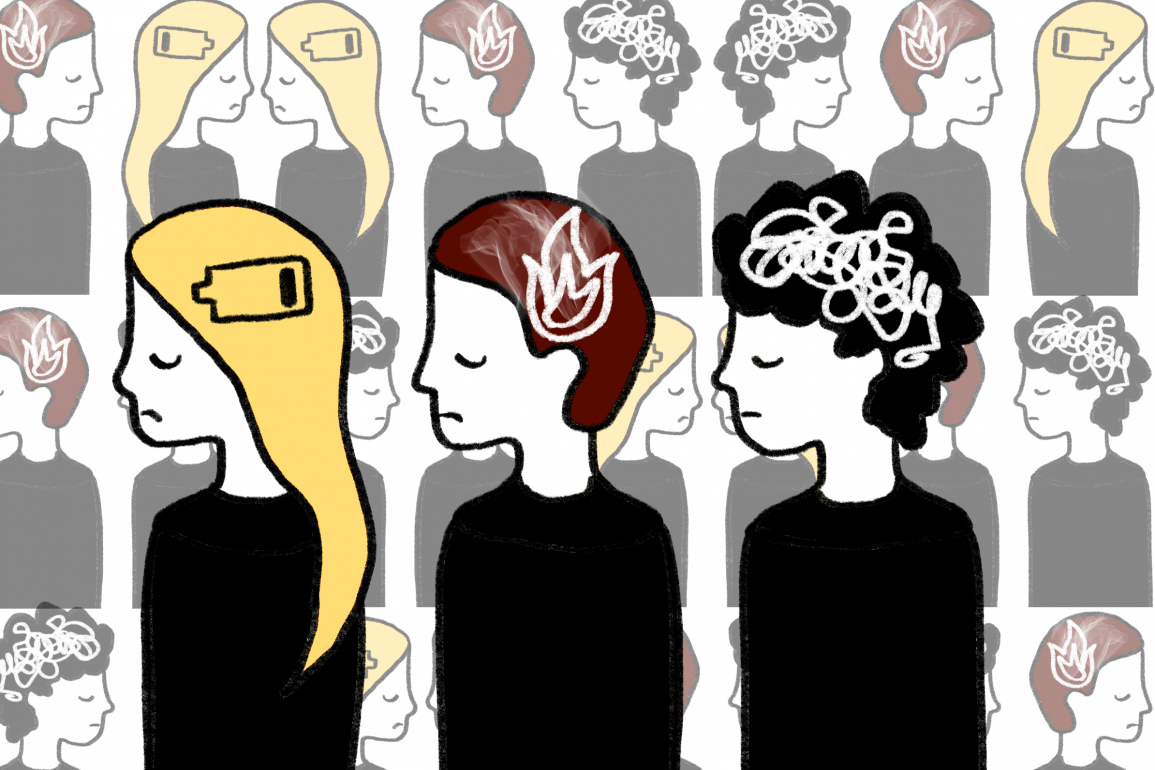 The Evolution of Mental Illness

For thousands of years, human history has been characterized by seemingly insurmountable physical challenges such as famine, disease, and warfare to name a few. In the 21st century however, much of the Western world is relatively well-protected from these threats. Instead, many humans are experiencing an unprecedented increase in quality of life, with longer lifespans, an abundance of food, and technological advancements that most couldn’t even dream of 50 years ago. However, society currently appears to be characterized by a new challenge: a mental health crisis that has been exacerbated by the on-going pandemic.

What might be the cause of the growing dilemma around mental health? Some propose that wealthy societies experience higher rates of mental health issues as a result of an abundance of resources. While this might seem counterintuitive, more resources allows for the satisfaction of physical needs, thereby allowing individuals to focus more on their mental and emotional health. However, research indicates mental health issues impact all countries fairly evenly. Another theory asserts that perhaps humans have always had mental health issues, but the combination of increased access to information and cultural destigmatization has allowed for more open discourse than ever before. In order to understand mental health in the modern context, we can examine how mental illness has evolved and along the way, interacted with culture.

Many psychiatrists have already begun to study the interplay between mental health and evolution using  an evolutionary psychiatric framework to supplement their understanding of the human mind and body. Evolutionary psychiatry seeks to use evolutionary patterns as a context for understanding psychological illnesses. One well-known principle from evolutionary psychiatry is the “smoke detector principle” developed by psychiatrist Randolph Nesse. Nesse proposes that our mind operates like a smoke detector, alerting us in the case of a “fire” or threat to our survival but otherwise remaining silent. However, smoke detectors are not engineered to detect fire itself; they respond to the smoke that precedes the fire, meaning that even our failed cooking attempts may sometimes trigger the alarm. This may seem like an overreaction, but it is better to have a hyper-vigilant smoke detector than one that only goes off when there is enough evidence to suggest a “real” fire. According to Nesse’s principle, our mind operates in a similar manner in that it would rather overreact to any threats in the environment, because not doing so increases the risk of death or severe injury. This analogy helps us understand that some mental illnesses that are correlated with an overreaction to environmental stimuli may have been “selected” for because they have enabled our survival. An example of this is anxiety: using the evolutionary perspective, someone who had a higher baseline level of anxiety would have had a much greater chance of recognizing environmental threats. This is due to their hypervigilance, which results in the “selection” and even potential amplification of anxiety among the general population. However, this isn’t to say that anxiety is always advantageous as it can lead to panic attacks and other paralyzing reactions that hinder a person’s ability to respond in dangerous situations.

Another application of the smoke detector theory is in treatment for anxiety and depression, as understanding the context behind our body’s response can allow healthcare providers to more selectively develop and prescribe medication to treat these issues. As with most other mechanisms in our body, everything is a homeostatic tradeoff, meaning that our body will compensate for any disruption of  its “natural” state with sometimes unfavorable side effects. For instance, many anxious or depressed patients are prescribed serotonin selective reuptake inhibitors (SSRIs), a class of drugs that prevent reuptake of the “feel good” hormone, serotonin. The consequence is a reduction in symptoms of anxiety and depression as serotonin is more available to impact activities of nerve cells. However, SSRIs come with a myriad of side effects as serotonin plays multiple roles in our gut health, sleep, and mood. Some of these include sexual dysfunction, GI issues, weight problems, hallucinations, and even death, highlighting how we need to carefully consider the fact that upgrading our internal “smoke detectors”  by reducing its sensitivity isn’t always as straightforward as it may seem.

It is worth noting that not all mental illnesses are steeped in a homeostatic “tradeoff,” and as such, we can classify mental illness into two categories. The first category includes illnesses like schizophrenia and autism that result from hereditary mutations and are not selected for by natural selection. The second category of mental illnesses includes illnesses that have been selected for through natural selection, such as depression or addiction. These may have improved the odds of reproduction but no longer bear any adaptive advantage in modern day society. How exactly would something like depression improve the odds of reproduction? One of depression’s key symptoms is a “loss of interest in pleasurable activity,” which may have been advantageous in neolithic survival situations because the individual would have a lower risk of getting distracted by pleasurable pursuits that often led to death (i.e substance abuse)

Another example of mental illnesses that may be selected for by evolution are eating disorders. In terms of evolution, some theories propose that eating disorders like anorexia are influenced by a history of migration. When an animal is migrating, food and hunger signals are suppressed, as the animal’s job is to keep moving until its destination is reached. Many patients suffering from eating disorders experience movement compulsions and exercise addictions in a manner quite similar to what animals face on long migrations. Furthermore, eating disorders have evolved in several ways congruent with cultural shifts. In the 1300s, Saint Catherine of Siena was the first-ever reported case of anorexia, known then as “anorexia mirabilis”. Saint Catherine’s anorexia was heavily influenced by a sense of religious devotion and the notion that fasting would bring her closer to Jesus. Anorexia still persists, but is clinically viewed much differently. It is seldom viewed as a consequence of migration, religious devotion, or supernatural curses, but rather a byproduct of a society driven by intense cultural standards and social media pressure. However, it is worth noting that this is a largely Western perspective. In contrast, in the East, there have been cases of anorexia that derive from an intense aversion to bloating rather than some of the more socio-cultural influences in the east. This highlights that the evolution of mental illness does not occur in a vacuum, and that the existence of some of the clinical symptoms are influenced by the culture of the time.

However, just as culture can transform the evolution of mental illness, it has been used to successfully treat it as well. Some practitioners believe that Western countries have a tendency to export rather insular descriptions of mental illness to other countries, especially through the Diagnostic and Statistical Manual of Mental Illness (DSM), which describes diagnostic criteria for nearly all mental illnesses. To this day it is seen as the gold-standard for mental illness in the United States, and issues not in the DSM are often not diagnosed or taken seriously. This impacts treatment in that Western treatment standards may be heavily rooted in medication and often forget the role that culture and community play in improving patient outcomes. In Zanzibar, for example, schizophrenia is viewed as “an affliction of the sufferer but not their identity”. This drove a more cooperative and kinship-based approach to treatment, which was reported to have positive outcomes for the patient. Another example is the approach to depression in Zimbabwe, in which grandmothers sit on a bench, open for anyone to sit down and talk through their issues. Though they are untrained, these women have a shared social and cultural understanding with those who visit them and are able to help people progress through talking alone. The remarkable success of these unconventional treatment approaches suggests that the diversification of cultural beliefs may also help support advancements in understanding and treating mental health.