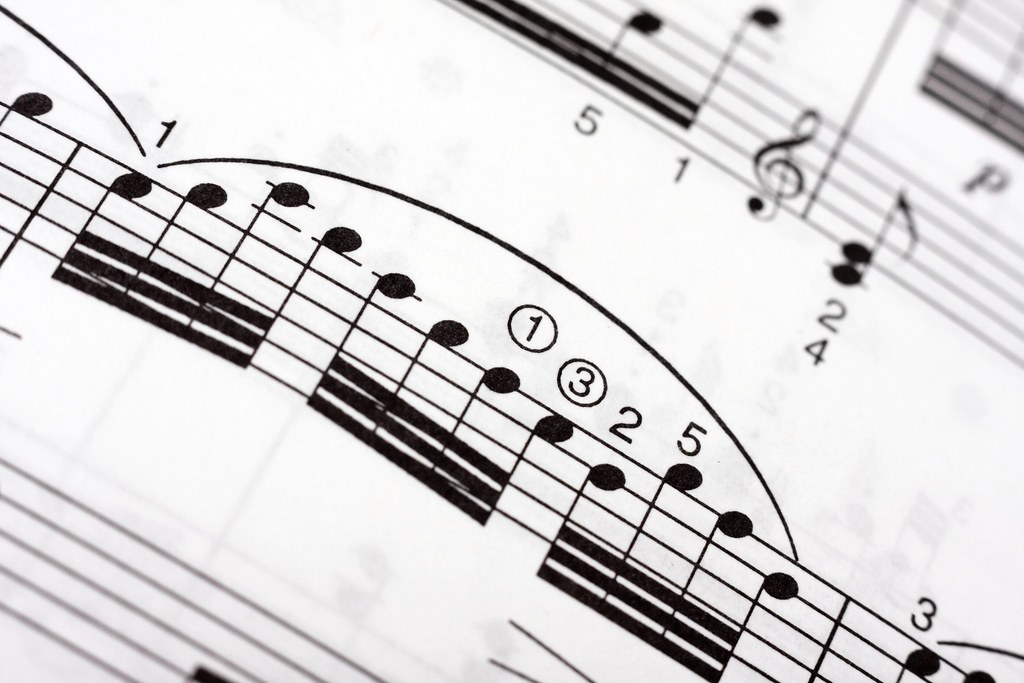 In all of my years of schooling, Mr. B, my math teacher throughout my middle school years influenced me the most to pursue the path of STEM. Apart from his love for Mickey Mouse, what truly made his class extra magical was his fondness for music. From his decades of experience in teaching Pre-Algebra and advanced Geometry, he revealed that student musicians tend to be more talented in number manipulation because they’re trained to play their instruments with a complex manipulation of dividing rhythm and notes.

His musical mathematics did not stop there. After his mother suffered from a stroke and memory loss, he shared with us that one of the first things that came back to her memory were old nursery rhymes that she sang as a kid. Eventually, continuous exposure to her old favorite songs caused her memories to return in small pieces. Since then, Mr. B has used the power of music to reinforce the memorization of mathematical concepts in songs (check out this quadratic equation song), as well as selecting students to sing Pi-Day songs during the school’s mathematical celebration on March 14.

Many consider music to be a separate entity from the STEM field, purely an art form, having little to do with STEM students (except for our years served in forced children’s recitals). However, the physics 1 series really begs to differ. The physical properties of music are described by the mathematical relationship between the standing wave and its corresponding frequencies.

Illustrated above is the first three harmonics in standing wave pattern, and their mathematical relationship between wavelength and frequency. Looking at the relationship, 1st, 2nd, and 3rd harmonics follow a mathematical formula that is dependent on the degree of harmonic produced. The sound produced by these three harmonic frequencies form a stack of sounds called the major chord, which is the building block of music. Although musicians oftentimes play artistically and improvisationally, their music follows these underlying complex rules that makes it enjoyable to listen to.

It is perhaps because of the stable, rhythmic nature of mathematical patterns that we continue to be drawn to music in search of remedy, whether that be relaxation or enhancement of human abilities. In the early 2000s, listening to classical music while studying became trendy as many media sources promised it would improve memory skills. With the last Zoom-conducted finals fast approaching, perhaps it is worthwhile to explore the benefits of music that can give me an edge in acing my immunology final.

As obvious as this sounds, music is an auditory stimulus. Therefore, one would need some kind of auditory organ to detect the stimulus. In many mammals these are ears, and in some insects, external hair that can vibrate with the stimuli. However, it is interesting to see how plants can react to sound without ears or hair to detect it. Research suggests that there is an association between a continuous exposure to the same sound and growth in some species of plants. A study of the musical effects on seed germination and cellular level plant growth by Dr. Reda Hassanien of Cairo University demonstrated interesting results with corn (Zea mays) germination and chrysanthemum plants. When exposed to 200-300 Hz sound, the growing root tips bent toward the source of sound (here is the sound, be careful of the volume).

In the same project, plants exposed to sound exhibited a change on the metabolic level as well. The exposed Chrysanthemum callus plants exhibited enhanced lipid fluidity through decreasing of the phase transition temperature. This change signifies that exposure to sound allowed the fat to be more liquid inside the plant. The presence of more liquified fat elongated the lifespan of the plant cells by extending the S-phase of cell life, when the cell prepares for cell division. Increased amounts of liquified fat also accelerates synthesis of RNA and soluble protein. Dr. Hassanien hypothesizes that these changes may occur due to the vibration of the soundwaves affecting plants at the cellular level. Although the sound used on the plants doesn’t quite fit the description of “music,” it is still notable how plants without auditory sensory organs can still respond to and benefit from exposure to sound.

Music has interesting effects on the longevity and growth patterns of plant life, but the effects are more noteworthy in human memory. In a psychological experiment done by Dr. Stefan Koelsch, researchers compared the brain’s level of “surprise” to explore the effects of music with memory. The measurement of “surprise” was done through comparing the N400 pattern, a brain potential related to the recognition of meaningful visual and auditory stimuli that usually peaks 400ms after stimulus onset. Subjects were first given a tune and a word. For example, one was given the word ‘wide’ and listened to a tune that the composer described as a wide feeling, while another received a tune that was described as a narrow feeling (try for yourself: keyword Wideness tune 1, tune 2). The N400 pattern for music was compared to the pattern observed when the brain was primed with a verbal sentence replacing the music within the same experimental setup.

A comparison of the two priming methods, music and spoken words, revealed that a brain primed with music reacted the same way to a brain primed with spoken narrative. The N400 pattern of encountering a wide music after a related keyword was very similar to the pattern in listening to a small excerpt relating to wideness. In likeness, N400 reading of unrelated music and keyword was also similar to the readings of incongruent narrative and keyword. The similarity in N400 patterns between priming the brain with music and narrative  indicates that music is just as effective as language in better remembering the context of events, and to recall the experience. The connection of memory and music can be promising in music therapy, similar to how Mr. B’s mother recovered from memory loss by hearing and singing to her childhood nursery rhymes.

The usage of music is already popular in clinical settings: both for stimulating previously lost neural connections and calming overstimulation. Dr. Elzbieta Galinska of Institute of Psychiatry and Neurology in Warsaw describes the cross-disciplinary music therapy method, a collaboration of psychology and music. With the increasing accuracy of brain imaging, psychologists can target the specific source of the psychopathological symptoms in the brain, using music as a tool of stimulation. Dr. Galinska’s research shows that patients with Parkinson’s Disease utilizing thirty minutes of walking, accompanied by music for 3-4 weeks improved their motor functions significantly. Mozart’s Sonata K. 488, although there is controversy whether it raises IQ, had an effect in decreasing epilepsical seizures in children while they listened to Mozart. Music acts as the mediating force between brain and the body, oftentimes regaining control over executive functions by reacting to external stimuli in a rhythmical pattern.

Dr. Galinska’s study follows a guideline for music therapy. This mechanism, laid out by Dr. Michael Thaut, the founder of music therapy, has four elements: rhythmic stimulation, patterned information processing, differential neurological processing of the music stimulus with multiple senses, and affective-aesthetic response. The patient is to be physically reacting to the music during the therapy, such as moving or dancing to the beat, which allows the brain to receive the musical stimuli in multiple modes. The physical, executive functions, as simple as taking a step to each beat of music, are then associated with the emotion of the music conveyed through the theme, tempo and rhythm. The continuous stimulations from multiple forms of musical stimulus help the brain to remember and recover these lost executive control functions previously damaged.

Music clearly affects biological beings beyond entertainment. In plants, growth and metabolic rates were positively affected, promoting a longer life cycle. Music gives humans the power to express emotions beyond more than just our verbal and visual senses. Movies use this to immerse the viewers into the scene (see how un-interesting this fighting scene is without music). Music’s ability to evoke emotion and stimulate our brain in unique and diverse ways reinforces visual aspects of memory, and even helps us recollect lost functions of our bodies. Perhaps it is time to utilize the power of music in my next test, starting with this wonderful rap about glycolysis.

The Science of Harmony: A Psychophysical Basis for Perceptual Tensions and Resolutions in Music