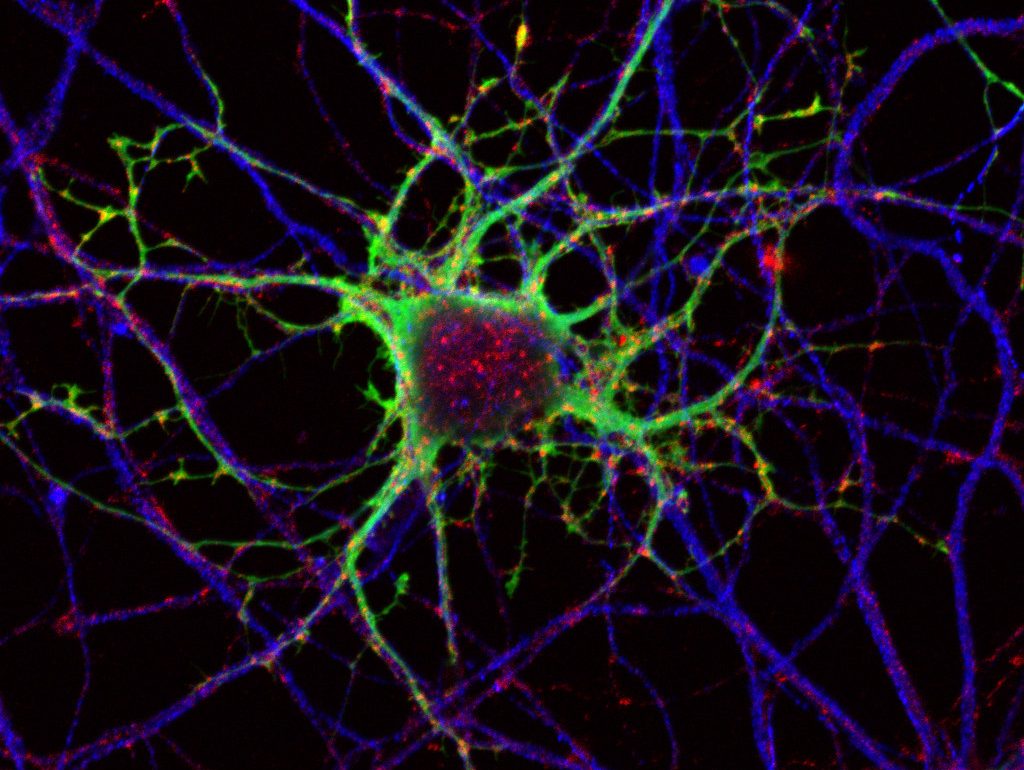 Ever since I started living by myself in college, I’ve found joy in cooking. In fact, it has transformed into a kind of therapeutic respite from work. Something about slicing the multi-colored veggies, hearing them sizzle in the pan, smelling scents melt together makes the whole process so engaging and relaxing. Especially when I cook Indian food, the amalgamation of spices—the bright yellow turmeric, red hot chili powder,  and deep brown mustard seeds —remind me of home. I’ve always found it interesting that such aroma and taste can produce such a nostalgic response. How exactly is such sensory input related to our emotional responses?

As we all know, the five senses are touch, smell, taste, vision, and hearing.  At the most basic level, these senses help us understand our position in the environment so the rest of our body can react accordingly. The corresponding anatomical features that allow us to feel these external stimuli, or “anything that can trigger a physical or behavioral change,” are the skin, nose, tongue, eyes, and ears. Sensations detected by these features are sent to our brains for interpretation through signal propagation. During this process, external signals, such as the sun shining in your eyes, are received by the appropriate receptors; in this case, photoreceptors on the retina detect the sunlight. This triggers the flow of positive charge into the cell body of a neuron, allowing an “action potential” to transmit down the axon of the neuron.  When the axon terminal at the end of the neuron receives the signal, it releases neurotransmitters that propagate the signal to the next neuron in the neuronal network. The neurons transmit the stimuli in the form of an electrical impulse to the optic nerve, then further to other parts of the brain. Though these sensations are all received in slightly different ways, they tend to follow this same process.

For instance, while slicing veggies, if you accidently cut your finger, touch receptors will respond to the painful sensation. Specifically, nociceptors, which respond to potential tissue damage, intake the stimulus and send it down sensory nerves to spinal cord neurons; the electrical impulse then travels to the thalamus, a small structure near the middle of the brain, which acts as a checkpoint for most transmitted stimuli. The thalamus finally forwards the signal to the somatosensory cortex, where the touch sensation is spread out onto a map; for example, larger regions of the cortex are triggered if a more sensitive region of the body is activated. Since the hands have more receptors per unit area, accidentally cutting your finger will likely trigger a larger portion of the somatosensory cortex, indicating that you are in pain.

While cooking, hearing the veggies sizzle occurs as sound waves enter the cochlea in the inner ear and activate the hair fiber receptors. The waves are then transmitted as electrical signals to the auditory nerve, and then to the brain stem where “decoding of basic signals such as duration, intensity, and frequency takes place.” Primary recognition of a sound here may result in an immediate reflex, such as a turn of a head. However, the sound stimulus travels further to the thalamus, then finally to the auditory cortex where it is “consciously perceived.” As a result, a more complete interpretation and bodily response, such as recognizing that your food is cooking, can take place.

It is also notable to consider the difference between sensation, the stimuli we physically feel, and perception, the meaning we perceive from the stimuli. The appropriate cortexes process and recognize these stimuli, but oftentimes the limbic system, or the emotion processing center of the brain, becomes involved as well. For example, if one day a person experiences certain stimuli such as loud noises, bright lights, and sharp pain, their body would probably experience sudden harm. The brain would first process the signals, and then begin associating a feeling of danger with such a situation. So in the future, if the person experiences a similar set of stimuli, the brain would recognize similar feelings of danger, and maybe respond with  fear and anxiety.

This process of sensations triggering feelings is known as “conceptual association,” and it can occur with any set of remembered sensations that have been repeated at least once. “Our emotional reactions can be guided by sensory information,” however, these associations can also change over time with different experiences. For instance, an experience as simple as making and drinking coffee may activate productivity and bring about energetic, positive emotions. However, if one day, a cup of coffee gets thrown in someone’s face, the hot temperature may bring about sensations of pain and shock. Now, the brain may change the perception of this drink and instead trigger more negative emotions in the future.

As a result, both sensations and perceptions play a large role in our understanding and reactions to our external environment. It makes sense that when I cook Indian food, I’m reminded of the positive and fulfilling feelings of being surrounded by family, as those are the associations my brain created for most of my childhood. So the next time that a certain aroma, taste, sight, or sound makes you think of a past experience or feel a certain way, you can be reminded about how millions of tiny electrical signals are transforming those sensations into your reality!