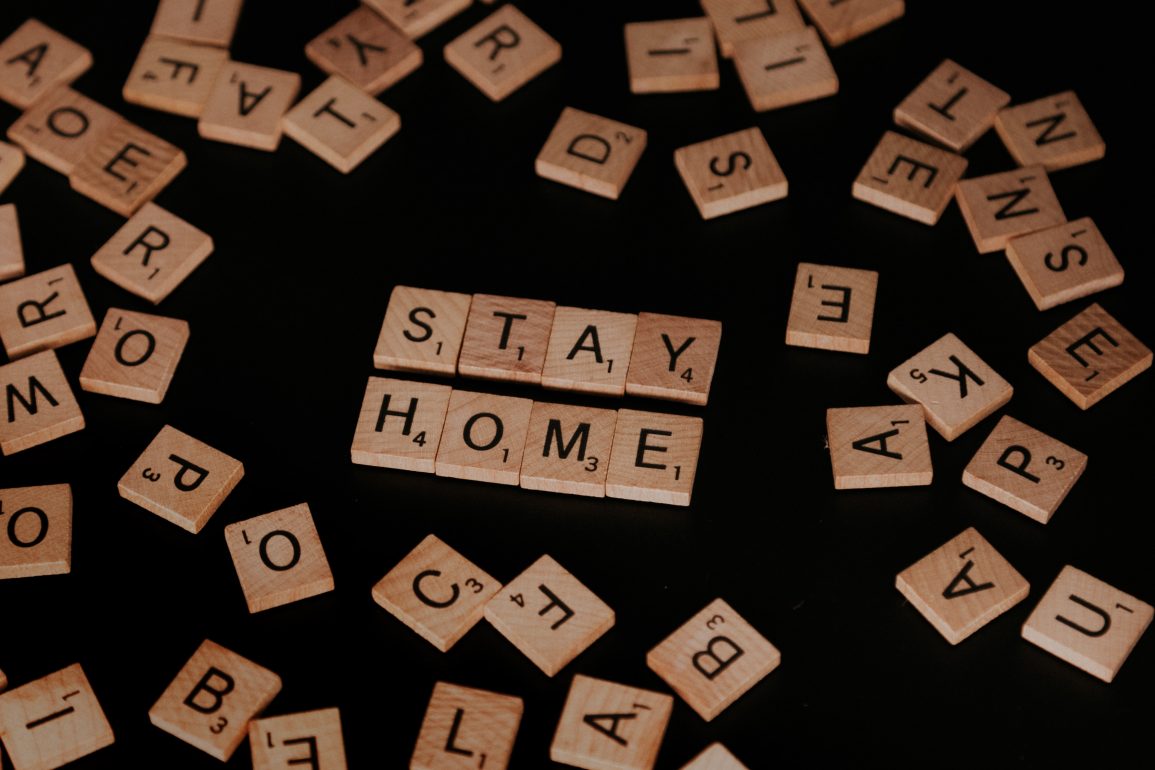 As the clock struck 12 A.M. on January 1st and we added 1 to the end of the calendar year, I flipped over in bed and scrolled through my feed, wondering if others were spending New Years like me—at home. I’ve never felt like New Years was a big deal, always reminding myself that time is a social construct. But after the past year’s devastating events, deep down, I hoped that 2021 would be different, that life would return to some level of normalcy, and that we wouldn’t be forced to stay inside anymore. In the days following, I held my breath, awaiting some change, anything. But to be quite honest, nothing did. Classes began again and so did the daily commute between my desk and bed. Logically, I thought we should have acclimated to this way of living by now, given that it’s been nearly a year since the beginning of lockdown. At any other point in my life, my introverted-homebody self would have done anything to stay at home all day. But more often than not, the isolation has made me feel lonelier than ever—in fact it’s almost draining.

While trying to understand this quarantine exhaustion, it occurred to me that humans are social animals. I further researched that this identifier is not only true for humans but also for other, less complex animals. A study regarding bacterial social interactions determined that “[physical] boundaries form between swarming colonies of different P. mirabilis strains but not between colonies of a single strain.” This phenomena requires a degree of self-identification which is biologically based on a specific locus, where five out of six genes determine the variant of the bacteria itself, and therefore the colony. Though mapping this self-identification to a few genes is simplistic compared to the human genome, this study displays how regulation of social interaction defines a species and the groups within it. If instead the bacteria were forced to isolate, such boundaries may not have formed, suggesting that without social interaction, the behavior and very existence of the species becomes unnatural. Such a study displays the intrinsic need of living beings to socialize, providing insight into why humans are facing such difficulty during this quarantine.

Stepping beyond the simplicity of bacterial social engagement, sociality may have begun due to the evolutionary advantage of safety in numbers. Facing unexpected threats in nature was probably more manageable in a group, whether animals were escaping predators or sourcing food. As certain species evolved, individuals within these species remained genetically identical, closely related, or centered around a single biologically relevant member of the colony, such as the queen bee in a hive. However, humans evolved differently with genetic variation among population densities while still incorporating “cooperation, coordination, and division of labor” into their daily lives to survive. These opposing yet defining evolutionary characteristics reflect adaptive diversity and characterize ultra-social animals, specifically animals that are social in a cooperative way. In fact, it was the evolution of these cultural processes throughout generations that “produce[d] primitive patterns of ingroup cooperation and outgroup hostility and subsequent human cognitive capacities and emotional responses,” increasing the dependence of humans on one another beyond just the initial safety in numbers.

It is also interesting to consider that for humans, dependence on others and the required amount of social interaction lies on a spectrum. In modern times, we have constructed personality types reflecting this idea: introversion and extroversion. One study aimed to identify the underlying biological differences between 18 people with different personality types. Positron emission tomography (PET) scans were conducted and resulted in differences in brain structure and function. In introverts, the frontal lobes and anterior thalamus, which are attributed to “internal processing such as remembering, problem solving, and planning,” were overwhelmingly active. In extroverts, the temporal lobes and posterior thalamus, which play a role in “sensory processing such as listening, watching, or driving,” were more active. Though more research needs to be conducted, these differences in brain activity can explain the differences between introverts and extroverts requiring different levels of social interaction, and why some people feel less restless during the COVID-19 quarantine than others. However, it is relevant to consider that all humans still depend on some level of social engagement as a lack of this cognitive fulfilment can lead to deleterious physical effects.

Social scientists Louise C. Hawkley and John P. Capitanio define isolation as “represent[ing] a mismatch between an individual’s social needs and the provisions the social environment offers or is perceived to offer”, which often leads to the feeling that we know as loneliness. Prolonged feelings of loneliness increase the activity of the hypothalamic pituitary adrenocortical axis, which leads to an excessive release of the stress hormone, cortisol, and triggers a “flight – or – fight” response. This prepares the body to deal with additional threats, and demands and subsequently weakens the immune system and bodily resistance to inflammation. Such physiological responses may result in more serious conditions such as “depression, poor sleep quality, impaired executive function, accelerated cognitive decline, unfavorable cardiovascular function, impaired immunity… a pro-inflammatory gene expression profile and earlier mortality.” This long list of conditions as a response to prolonged loneliness may seem morbid, but it is a stark reminder that the pandemic has affected us all.

Understanding the evolutionary importance for human interaction and the detrimental effects of its absence have brought me closer to accepting that quarantine has been difficult for a legitimate reason. In fact, after doing this research and self-reflection, I’ve realized that forcing our bodies and minds to undo this dependence on social interaction in a certain number of months when evolution has worked to create it for millions of years is an unattainable expectation. I still don’t have the answers to navigating this pandemic mentally unscathed and I certainly don’t expect anyone else to, but hopefully there’s some comfort in the fact that we’re all in this together, just like evolution wanted. :,)