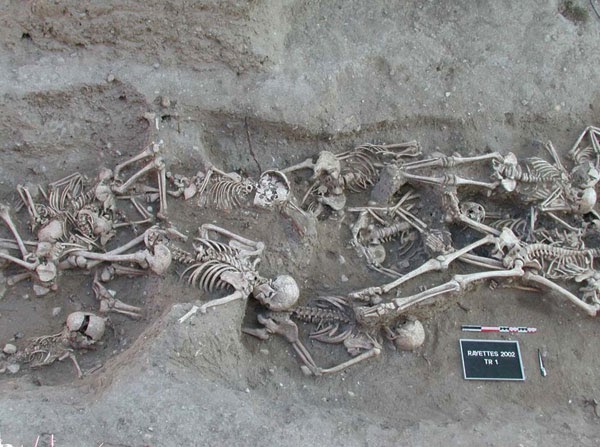 Move Over, COVID: Meet The Plague

For many of us, the COVID-19 outbreak is our first experience with a global pandemic. However, this is hardly the first time that a public health crisis like this has occurred. Throughout time, infectious diseases have impacted the lives of many, some even turning tides in the books of history. One infamous example, with a name that lives up to the terror it inflicts, is the plague, a disease caused by the bacteria Yersinia pestis.

Yersinia pestis attacks the lymphatic system, which regulates the immune system by draining toxins and circulating white blood cells around the body. The lymphatic system consists of lymphatic vessels which circulate lymph, a clear fluid containing white blood cells to fight infections, and lymph nodes, where lymph is filtered. Depending on how Yersinia pestis is transmitted, there are different types of plagues with varying symptoms.

For example, bubonic plague is transferred through bites containing infected blood from carriers such as fleas and rats, and it results in inflamed lymph nodes that can resemble skin abscesses. Pneumonic plague, on the other hand, is transmitted through the inhalation of respiratory droplets, and it causes severe coughing and lung damage. Rarer types of plague, such as gastrointestinal plague, may result from consuming contaminated meat. If left untreated for more than 24 hours, these forms of plague may develop into the lethal septicemic plague, a serious form of the disease that exhibits systemic symptoms such as high fever and ultimately results in death.

The first recorded plague pandemic occurred in 541 AD and was termed the “Plague of Justinian.” Named after Emperor Justinian I, the epicenter of this pandemic was the Byzantine Empire. The main transmission method was postulated to be black rats that hitched a ride on carts and ships carrying food into the Byzantine capital of Constantinople.

During the Plague of Justinian, the rich had access to physicians trained in the Greek school of medicine, which treated diseases based on the philosophy of the four humours. In contrast, treatments the general public had available to them consisted of home remedies such as magical amulets and cold baths. However, the lack of medical understanding at every level resulted in the inability to accurately treat the disease, making catching the plague a death sentence, regardless of one’s social class. Ultimately, the fall of an already declining Byzantine empire was spurred along by this pandemic; an estimated 5,000 people were dying every day in Constantinople at the pandemic’s peak, weakening the ruling powers and armies and making the empire more susceptible to invaders.

The second major recorded plague pandemic spread through Europe and Asia in the mid-1300s, with several waves of infections occurring over a period of decades. Although death rate varied by city, it is estimated that over 25 million people—almost a quarter of Europe’s population—died during that time. It wasn’t until the 16th century that the population size recovered to what it was before the plague. As families and villages were wiped out, a shortage in labour created widespread famine and chaos in the ruling structure.

Because medical understanding was still crude at the time, treatment of swollen lymph nodes included unsanitary practices such as blood-letting and lancing boils. These “remedies” were based on the belief that disease was caused by imbalance of the four humours. Physicians would draw blood or pierce swollen lymph nodes in order to drain them, hoping to restore balance in the body. However, little attention was paid to the fact that blood and pus from buboes were highly infectious themselves. Burning aromatic herbs and bathing in vinegar were also recommended remedies. As people didn’t understand how bacteria was spread, common theories as to why the plague occurred included punishment from God or vapors that emanated from corpses (close enough).

Elsewhere in Europe in 1403, plague was ravaging a Venetian port. As people became increasingly aware of how diseases spread, authorities mandated that sailors stay in their boats for 40 days before coming on land in an effort to combat the plague. As this successfully slowed the spread of plague in the city, the italian word for “forty days,” quarantena, became the etymology of the now well-known word, quarantine.

400 years later, the third and most recent pandemic of the plague began in the 1860s. Starting from contact with rodents in Yunan, China, it spread quickly through the rest of China and Asia. Due to globalization, trade ships carrying goods from the East brought the plague to areas where it wasn’t previously recorded, such as Australia and America. Over the next 50 years, the disease would cause 15 million deaths, mostly in India.

During this third pandemic, scientists were armed with new tools that enabled them to better understand the plague. In 1894 in Hong Kong, Alexandre Yersin isolated the Yersinia pestis bacteria, and in 1898 in India, Paul-Louis Simond came to the conclusion that the main vectors of the bacteria were fleas and rats, increasing public health awareness and extermination efforts.

In 1896, Ukranian scientist Waldemar Haffkine developed the first vaccine for the bubonic plague, which he tested in India. It is not widely used now because its effectiveness was not proven. New vaccines have since been made by Russia and China that use live bacteria instead, but treatment today mainly involves antibiotics. If ever faced with a case of the plague, most doctors will use streptomycin, an antibiotic also used to treat tuberculosis, as their preferred treatment. With advances in modern medicine, the mortality rate of the plague has dramatically decreased in America; when paired with prompt medical attention, it is ten percent.

Despite the plague sounding like an artifact of an old world in which doctors dress up with bird beaks, a few cases still pop up in the present day. For example, in August of 2020, a man near Lake Tahoe in California contracted the plague, believed to have originated from close contact with an infected rodent population. In July of 2020, a plague-related death in Inner Mongolia resulted in an entire village being shut off to curb the possibility of the disease’s spread.

Pandemics are old news, but the way in which we approach them is constantly evolving. Large strides made in the field of public health allow us to better understand the nature of how pathogens spread, effectively quarantine and test people as needed, and use medication to lower the mortality rate of the plague and other diseases.