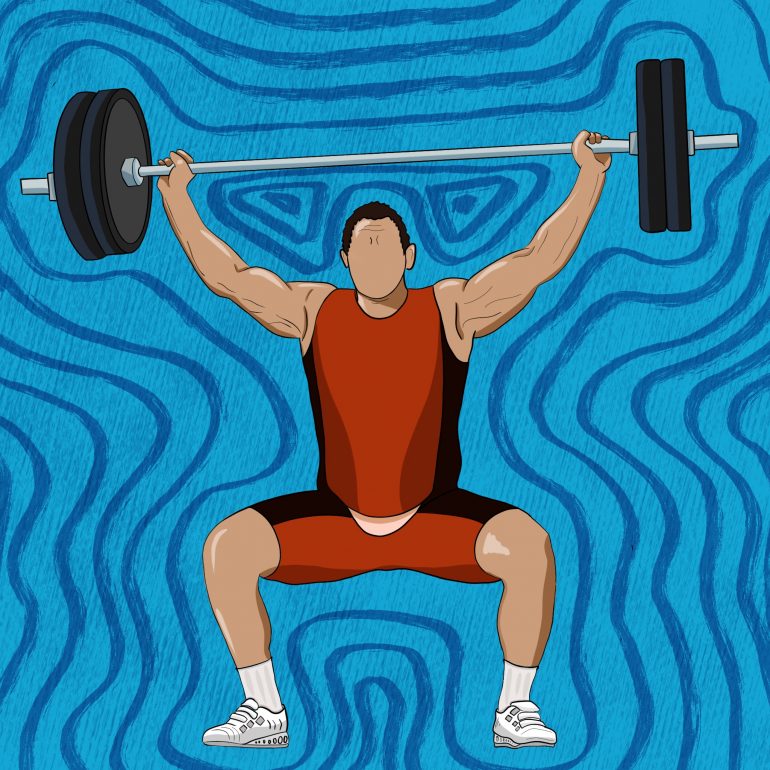 The Biology of Bulking Up

With summer break in full force, many people are hitting the gym to achieve their fit summer bodies, striving for perfect 6-pack abs or bulging biceps. Body builders, however, take these fitness goals seriously all-year round, transforming their physique into bodies larger than life.

Bodybuilding is a resistance-based exercise regimen that is specifically designed to enhance muscular hypertrophy, or the enlarged growth of muscle from the increase in size of muscle cells. Bodybuilders’ extreme muscular hypertrophy and shredded physique are achieved through exercises involving resistance and greater nutritional protein consumption, both of which induce the synthesis of muscle protein and decrease muscle protein breakdown.

In terms of fitness regimes, bodybuilders achieve muscular hypertrophy through resistance training, in which muscles contract against an external resistance, such as weights. When one’s muscles are subjected to an overload stimulus—a dumbbell, for example—the synthesis of actin and myosin proteins is stimulated. These proteins slide against each other to allow contraction of muscle fibers. As a result, the extracellular muscle matrix surrounding the muscle fibers will expand to support the growth of these contractile proteins. Some researchers propose that resistance training increases the existing cross-sectional area of myofibrils, or the individual units of muscle fibers. However, researchers go on to suggest that training also increases the number of new myofilaments that are added to the existing layers of myofibril layers. The physical result of muscle hypertrophy is the increased diameter of myofibrils, which is evident in the bulky, defined, and enlarged muscles that are observed in bodybuilders’ physique. 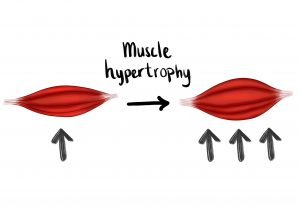 While the enlarged muscles and defined muscle tone may be highly-sought after in the bodybuilding realm, bodybuilding goals are very different from other competitive strength-training sports such as powerlifting. While sports like powerlifting focus on measuring strength by achieving a maximum amount of weight lifted, bodybuilding can almost be compared to the pageantry world in fitness as it aims to maximize the physical appearance of muscle mass. The performative nature of bodybuilding as a competitive sport involves competitors being judged on both the quantity and quality of the overall aesthetics of muscular hypertrophy, including muscle mass, symmetry, and definition. 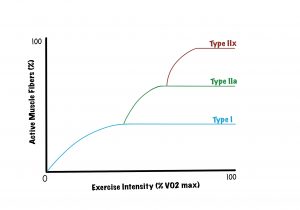 Along with high-resistance training, research has demonstrated that three primary mechanisms play an effective role in optimizing the hypertrophic process of muscle growth: mechanical tension, muscle damage, and metabolic stress, all of which can be induced through specific routine approaches to resistance training.

Muscle growth requires mechanical tension, which is produced both by generating force. Mechanical tension is created by performing exercises with external loads, such as lifting heavy dumbbells, through a full range of motion. A longer amount of time spent under the load provides more mechanical tension. However, tension alone does not create maximum muscle growth—hypertrophy is further stimulated by a full range of motion through a controlled manner. In combination, force and stretch create an effective and additive growth effect on the muscle.Yet, while mechanical force is a highly stimulating factor for hypertrophic gains, researchers propose that an absolute maximal load is not necessary for optimal muscle growth. In fact, studies have shown that optimal exercise regimens for bodybuilding are those that employ submaximal intensities of 65-85% of the one-repetition maximum (1RM), which is the maximum amount of weight that a person can possibly lift for a single repetition. These studies indicate that a threshold may exist for optimal muscle growth, while still obtaining protein synthesis greater than or equal to higher-intensity loads of 90% 1RM.

Research has also theorized that exercise-induced muscle damage (EIMD) may generate optimal muscle hypertrophy. EIMD more commonly occurs through eccentric contraction, when the muscle lengthens as the resistance becomes greater than the force the muscle is producing. The muscle injury that follows has been proposed to increase hypertrophy through several mechanisms that enhance the growth of muscle proteins and encourage hypertrophic signaling pathways. One theory proposes that the structural changes that EIMD induces in muscle influence gene expression in the regulation of muscle regeneration, repair, and strengthening of the tissue, thereby protecting the muscle against future injury. Additionally, research on muscle damage generally theorizes that hypertrophic results may be due to the selective usage of fast-twitch muscle fibers, through which a greater amount of mechanical tension is produced by a smaller number of fibers. Given that fast-twitch fibers have a significantly greater potential for muscle growth, it is possible that this could account for the greater protein synthesis seen in EIMD protocols.

Finally, studies have investigated the hypertrophic response that occurs from inducing metabolic stress by training with moderate weights and fairly short rest intervals. Research has shown that metabolic stress manifests as a result of exercise that relies on anaerobic glycolysis for ATP production. Anaerobic exercises, such as weightlifting, involve quick bursts of energy and maximum effort for a shorter period of time. Under these anaerobic conditions, the mechanism of glucose breakdown occurs in the absence of oxygen, known as a “short–term energy system.” Anaerobic glycolysis is not nearly as efficient as aerobic glycolysis for producing ATP, energy for the body. Yet, the anaerobic process results in the subsequent buildup of metabolites in muscle cells, such as lactate and creatine. An increase in metabolites influences hormonal release and the physical swelling of muscle cells that contribute to muscle growth and expansion.

Given the complex interactions between metabolic stress, mechanical tension, and muscle damage in resistance training, research suggests that maximum muscular hypertrophy is achieved by training regimens that produce significant metabolic stress while maintaining a moderate degree of muscle tension. This hypertrophy-oriented regimen might include 6-12 repetitions per set and resting 60-90 seconds between sets. The program is encouraged to follow a split training routine of muscle groups to heighten metabolic stress. Specific exercises should be multiplanar and multi-angled, stimulating all muscle fibers. Further, resistance training throughout the week should be periodized to ensure that hypertrophy occurs in a brief period of higher-volume intensity, followed by a tapering of medium-intensity training to allow for proper muscle damage repair.

Unsurprisingly, bodybuilders don’t achieve their Roman god-like physique overnight. A dedicated combination of resistance training along with proper nutrition accounts for the physical requirements of bodybuilding. However, there also exists the mental component of the dedication and willpower needed to achieve such physical transformations over a long-term period. In fact, muscular hypertrophy is almost nonexistent in beginners’ early stages of resistance training. Only after several months of consistent strength training does hypertrophy contribute to significant muscle gain. Still, the body’s ability to transform, expand, and enhance with dedication and training continues to exceed expectations of the human body’s physical limitations.