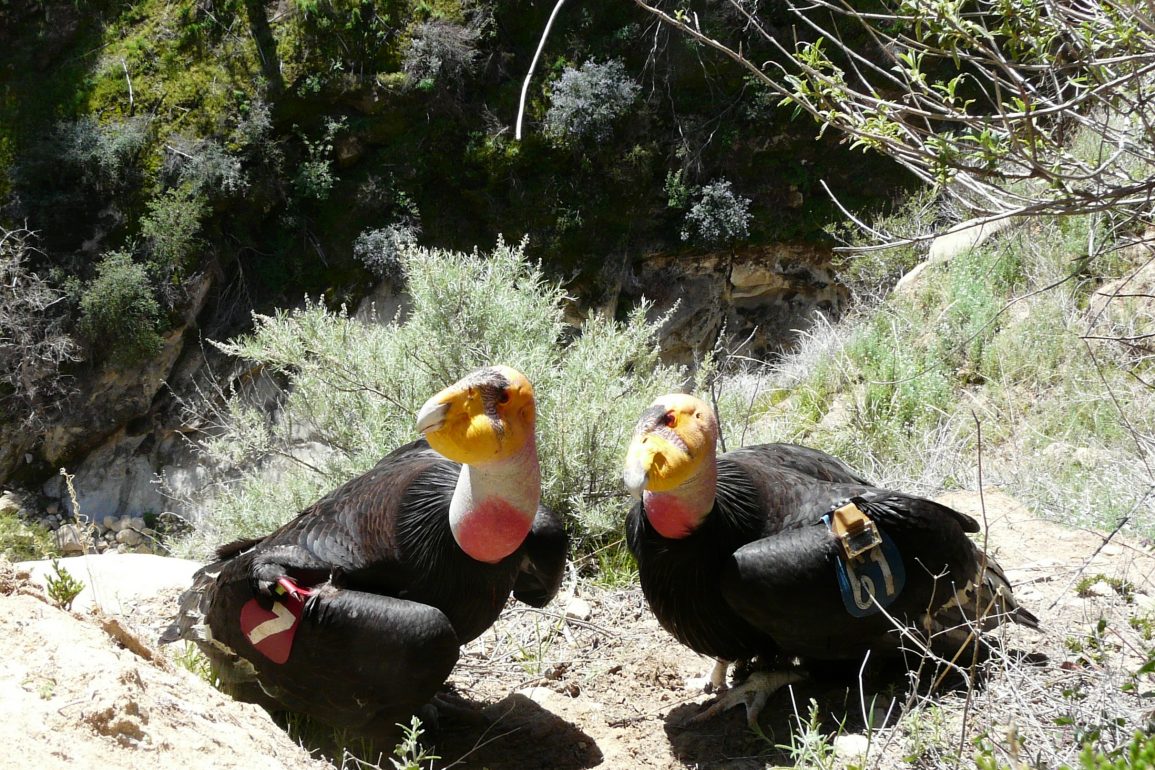 I’ll Be Back: Reintroducing Endangered Species

The biosphere — a term that defines the unique status of our world as a reservoir of life for millions of species. Although some of these species are widely known and others are yet to be discovered, there are many others who live in sensitive conditions and who, due to the unfortunately destructive actions of humanity, grapple with the possibility of vanishing from our biosphere. In other words, many of Earth’s life forms are endangered and run a high risk of extinction in the wild. According to the International Union for the Conservation of Nature (IUCN), which maintains a globally recognized system for categorizing species populations, a species is considered endangered if it has experienced a 50-70% decline in numbers, occupies an area of less than 500 square kilometers, and consists of less than 2,500 mature individuals. Whether from overhunting, in the case of the American buffalo; habitat destruction, as the nesting sites of the loggerhead sea turtle know all too well; or a combination of these and other factors, there is no doubt that an endangered status is a sign of true imbalance in an ecosystem.

Fortunately, science is always advancing, and conservation biologists now have the opportunity to slow, or even reverse, the tide of destruction. Take the gray wolf, for example. As Tori Peglar recounts in her article on the history of Yellowstone National Park, the canid, whose territory once spanned two-thirds of the lower 48 United States, was eradicated from the park limits by the late 1920s. Without a predator to keep them in check, the elk population in Yellowstone spun out of control, and their excessive grazing degraded the integrity of the landscape. However, with the addition of the gray wolf to the Endangered Species Act in 1974, Yellowstone biologists developed an incentive to bring the species back. This act, according to the U.S. Fish and Wildlife Service (USFWS), was a landmark governmental effort in preventing the rich natural heritage of America from fragmenting further into oblivion.

In 1995, the first wolf pack in almost seventy years stepped foot into Yellowstone. Peglar recounts how biologists prepared the wolves for a permanent stay, setting up pens and providing them an extensive range to roam. Today, the wolves number more than 300, according to Christine Peterson, a columnist for National Geographic. Their preference for thin and weak elk, she notes, helps to strengthen elk herds and provide a fine balance in the populations of both predator and prey. Thankfully, America’s first national park has recovered a mythical ambassador of the Wild West.

Other reintroduction efforts are just as successful, and some are even more painstaking. California condors, dubbed thunderbirds by some Native Americans, are the largest flying birds in North America, according to the USFWS. Constricted to the Golden State by the mid-1950s, they numbered only 23 individuals by 1982. Three years prior, the California Condor Recovery Program was initiated. Private organizations such as the Audubon Society have supported the cause, but controversy arose due to conflicts over the efficacy of novel breeding tactics, a huge gamble for a species on the verge of disappearing. The Audubon Society’s website documents their role in the rehabilitation process, in which they developed a captive breeding program as they worked to determine the cause of the population decline. The culprit? Lead poisoning by ingestion of bullet fragments left by hunters.

The capture of all remaining wild birds in 1987 was followed by an enormous breeding effort all across California, and particularly at the San Diego Zoo and Wild Animal Park. As the zoo’s website recounts, enough chicks were produced such that the first specimens were resettled in the wild by 1992. This slow progress is a reflection of the difficulty involved in the breeding process — the zoo’s species fact sheet explains how condors only reach sexual maturity after five years, laying a single egg at a time. The chicks remain dependent on their parents for another one to two years before they may forage on their own. Nevertheless, their reintroduction has offered hope to the species, whose population has rebounded to more than 500. Ongoing efforts center on preserving the condors’ large foraging habitat, which once included California’s coast. At UC San Diego, the Kurle lab is investigating marine-derived contamination in the birds’ diets and how this may affect their prosperity near the ocean.

Although the gray wolf and the California condor are massive success stories in their own right, smaller species in California have also benefited from such rehabilitation efforts. These creatures often fill a crucial niche that keeps their local environment in balance, such as the El Segundo blue butterfly, which is found only in Los Angeles County and is endemic to oceanside dunes near Santa Monica. As a press release by the Center for Biological Diversity states, 90% of the butterfly’s habitat was destroyed by development of the lands that became Los Angeles International Airport. Their numbers dwindled to just 500 by 1984! Efforts by organizations such as the Urban Wildlands Group have since then worked to restore the butterflies’ habitat; the group’s web page showcases their protection of the El Segundo dunes at LAX from unnecessary landscaping. By 2011, the El Segundo blue butterfly counted more than 100,000 individuals, a remarkable feat for such a sensitive species.

Farther north, in the Sacramento River watershed, the California green sturgeon had its own close call. Endemic to the continent for over 200 million years, its population crashed during the 20th century to only 1,300, as the Center for Biological Diversity asserts. This was (no) thanks to the destruction and isolation of the species’ wetland spawning habitat. Such obstacles have been targets of conservationists dedicated to salvaging this ancient species. The National Oceanic and Atmospheric Administration (NOAA) Fisheries website lists how they have worked to reverse the sturgeon’s fortunes by decommissioning the Red Bluff Diversion Dam on the Sacramento River in 2013, which has opened the fish’s migration routes, and by the construction of the Fremont Weir fish passage facility, which acts as a bridge to the previously inaccessible Yolo Bypass. With this new range, the sturgeon’s bleak future has taken a turn for the better.

Even the smallest creatures are prone to a twist in fate. The Ohlone tiger beetle, found only in Santa Cruz County, is known for its aggressive predatory display, slickly seizing its meals with quick and powerful movements that live up to its name. This insect has faced its own demise, the Center for Biological Diversity admits, due to development of its coastal terrace prairie habitat and pesticides from urban runoff. Yet one source of hope persists. Efforts by USFWS entomologists, in collaboration with UC Santa Cruz’s Campus Natural Reserve, have staved off the beetle’s complete demise. An article by one such professional, Ashley McConnell, documents the opening of a new preserve for the bugs. After being painstakingly hand-collected from their remaining 200 acres of habitat, the beetles were taken to open fields, an ideal home for hunting and nesting in burrows. The nearby Glenwood Preserve has furthered this “population insurance” by using prescribed burns and rotational grazing to maintain beetle colonies alongside livestock.

The creativity and perseverance of ecological hail-marys are adding even more tools to the arsenal of today’s ecologists. A fascinating example is the work of Dr. Oliver Ryder at UC San Diego. His research at the Center for Reproduction of Endangered Species studies genetic variation among a huge assortment of threatened animal species. Cutting-edge technologies in genomic sequencing and analysis have greatly enhanced the predictive power of conservation efforts, and they provide a blueprint for assessing the integrity of a species’ gene pool. Investigations like these are crucial lifelines for reintroduced species subject to continual threats, for which biologists must plan accordingly.

As the 21st century unfolds, many species of the world face an insidious threat in humanity’s pillaging of nature, an era of Earth’s history threatening an extinction event unseen since the time of the dinosaurs. And yet, an equally momentous awareness is building up in the global scientific community, as greater access to knowledge and resources has enabled conservation efforts like never before. Successes include the stabilization of the southern white rhino of South Africa, the only non-endangered member of five extant rhino species; and the security of the emblematic giant panda, assisted by massive reforestation measures in China. As we race to save these creatures from disappearing forever, the significance of biodiversity becomes clear. Its central role in the success of biomes and the balance of ecosystems is not to be overlooked, and by keeping such positive momentum alive, future generations of humans (and others) will never need to face the fallout of environmental collapse.