I Want a Brain Transplant. Change My Mind.

Before writing this paper, my knowledge of organ transplantation consisted of Ancient Egyptian mummification practices (okay, these organs weren’t exactly transplanted, they were cut out and removed, but this process was pretty traumatizing for me to learn in 6th grade and it stuck). Oh, and random pieces of information from Grey’s Anatomy, of course. So, maybe like I did, you’ll learn something or two or twenty-seven about organ transplantation.

Transplantation refers to the medical procedure in which a surgeon removes an organ or cell from one person’s body and places it in the body of a recipient. As late as the 1940s, physiological scientists and researchers declared transplantation an impossible feat. A peculiar “biological force” prevented the recipient’s body from accepting the organ or cell and thus inhibited many inquisitive researchers and doctors from pursuing this technique.

But who in their right mind decided this was a good or an even plausible idea in the first place? Oh, your heart is failing? No worries. Let me just grab another one out of someone else’s chest. BRB.

Two individuals, Joseph E. Murray and E. Donnall Thomas, wrestled with the idea of such a “biological force” and grew determined to put a name to it. Many before them had tried and failed to carry out transplantation despite the reactionary “biological force,” but they arose as two critical figures who contributed significantly to the procedure’s advancement with new research and with revolutionary success.

In the 1950s, Dr. Jean Dausset initiated the journey to bring the imaginative idea of such an outrageous procedure to life. He discovered specific substances on the cell surface of human skin tissue, called Human Leukocyte Antigens (HLA). These cell-surface proteins are responsible for regulating the body’s immune system. When an organ is moved from one body to another, the recipient’s immune defense recognizes the antigens on the cell surface of the transplanted organ as foreign, and immune cells act together to reject it. The reaction of the transplanted living tissue–called a graft– against the immune cells within the recipient occurs in a way that can cause death. This reaction is called the “graft-versus-host” reaction (GVH) and causes “graft-versus-host disease” (GVHD).

This answered the question, “What is the curious ‘biological force’ that inhibits successful transplantation?” Simply put, the body’s immune system defensively acts against the new tissue, similar to a (protective) reflex. After this discovery, the main task then shifted to developing the means to overcome these defensive immunological reactions in order to make it possible to transplant both organs and cells.

Joseph E. Murray and E. Donnall Thomas discovered processes that made it possible to suppress the activity of the immune cell response to allow the body to accept the new transplanted organ, and ultimately save the patient. To make transplantation a reality, it all boiled down to two scary looking names that somehow made perfect sense to Murray and Thomas and worked just as perfectly in practice: ionizing irradiation and cytotoxic drugs. Ionizing irradiation is the exposure of the body to certain radiation particles that supply enough energy to provoke a change in charge within the cells, detaching electrons from atoms, and thus producing ions. Cytotoxic drugs contain chemicals that kill cells that are damaged or diseased (“cyto-” means cells, and “toxic-” means poisonous). Together, these processes inhibit the immune system from reacting defensively against the new organ- suppressing that immunological “biological force.” The body can then ‘accept’ the organ, which occurs when the immune system does not attack the new tissue, thus allowing blood to pump through it and keep it alive. Thereby, the way opened for carrying out the transplantation procedure in the operating room on real and eager patients.

In 1954, Murray performed the first successful organ transplant of a kidney from one twin to the other. 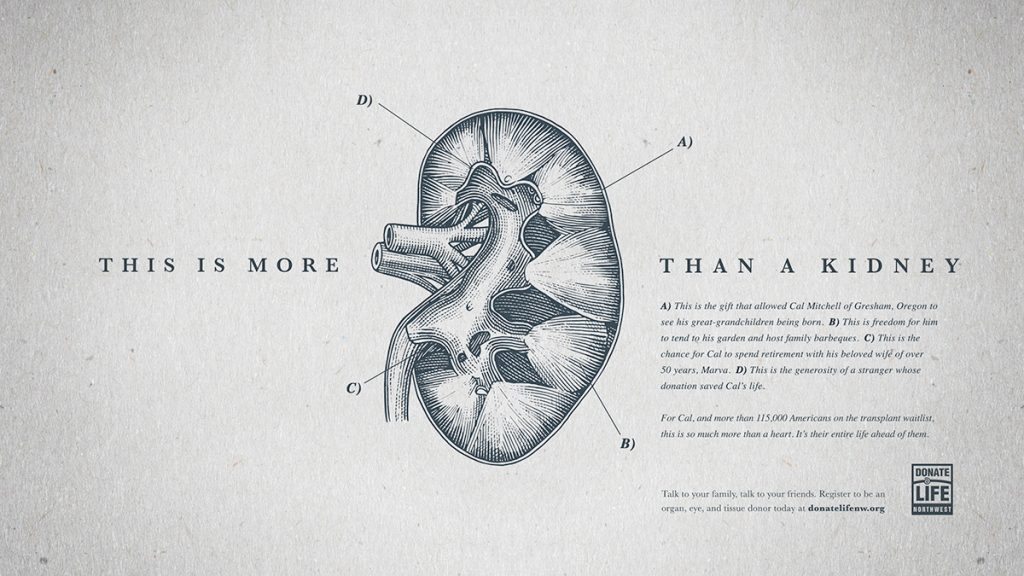 This is more than a Kidney (Source)

Surgical transplantation– done with either deceased or living donors– is highly dependent on the rapid speed it is to be carried out with. Immune cells still present in the organ must be washed away. The organ then has to be surgically inserted into the recipient and induced to function. In addition, the immunological rejection reaction must be prevented (via ionization irradiation and with cytotoxic drugs). Murray’s success in performing such a delicate procedure sparked hope and inspiration across the medical field and the world, inevitably turning them onto their head. Not long after his first transplantation, Murray demonstrated to others that transplantation can also occur between individuals who are not genetically identical. In about 20 years, from the late 1960s to the late 1980s, tens of thousands of transplants were performed successfully– ultimately saving tens of thousands of lives.

Bone marrow contains stem cells, which can uniquely develop into many other cell types, such as the predominant immune defense cell – the white blood cell. The introduction of stem cells in a body that produces an insufficient amount boosts the immune system as white blood cells rise to help protect the body against cancerous cells and other foreign invaders. Patients suffering from cancer can then receive chemotherapy in lower doses than if they had not received the bone marrow transplant. This is profound since chemotherapy works by targeting and destroying all rapidly growing and dividing cells; this includes cancer cells, but also healthy cells such as hair cells, cells that make up the protective mucus membranes of the mouth, throat, and digestive system, and cells that make up bone marrow. Bone marrow transplants replenish the stem cells in the body that are not produced in sufficient quantities anymore due to the cytotoxic effect of chemotherapy.

After the first successful transplantation of a kidney and of bone marrow, the procedure expanded to include the liver, heart, lung, and pancreas and treated a greater range of diseases in regards to bone marrow upon experimentation and research.

In 1990, Joseph E. Murray and E. Donnall Thomas won the Nobel Prize in Physiology or Medicine for their discoveries concerning organ and cell transplantation in the treatment of human disease.

Today, the need for organ and cell transplants is greater than ever. In 2019, over 40,000 transplants were performed – the highest amount ever performed in a year. Unfortunately, needing a transplant requires waiting on a long waitlist, and not every patient receives the organ or the bone marrow that they need on time or at all. One new name is added to the national transplant waiting list approximately every 10 minutes, and each day, twenty people on average die waiting for a transplant. This crisis is ongoing but can be alleviated as more people sign up to be donors. How can you help? Be an organ donor! Register in your state here.