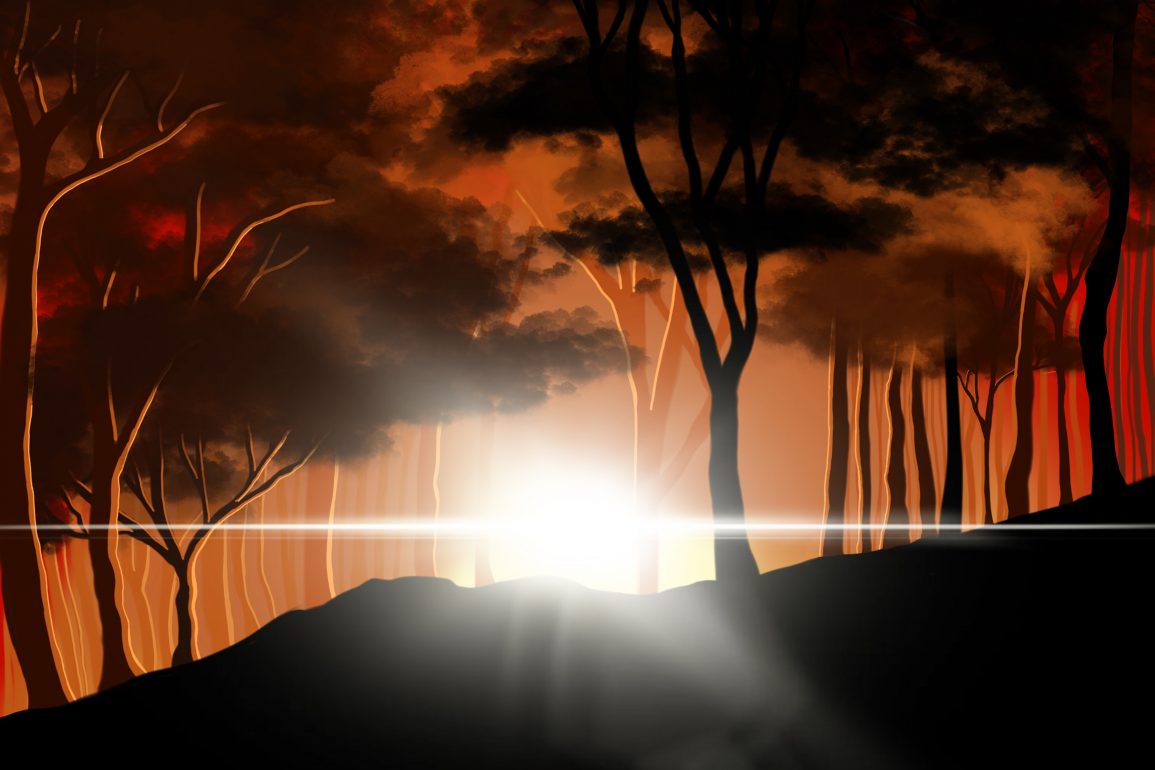 During December 2019, news articles began bringing attention to the growing number of wildfires in Australia. Red flames and scorched lands engulfed social media feeds, and organizations around the world began contributing to firefighting efforts. By January 2020, over 12 million acres had burned in Australia. The resulting smoke was not only witnessed in New Zealand but could even be seen from outer space. Unfortunately, an alarming amount of smoke was only one of the effects of these wildfires. Understanding the consequences of one of Australia’s worst natural disasters in recent history involves understanding the nature of wildfires as a result of global warming.

Wildfires roar up in countless locations across the world, but the causes, intensity, and effects vary depending on the surrounding environments and landscapes. One of the biggest reasons behind wildfires is, surprisingly, humans. Whether they are arsonists or careless campers, humans create these natural disasters almost 85% of the time. Another huge role in these wildfires is played by lightning, a natural phenomenon which can be characterized in numerous ways. In Australia, hot and dry lightning are the most common. Hot lightning does not carry as much voltage as its “cold” counterpart; however, its longer duration allows for greater opportunity to strike trees and bushes. Dry lightning occurs in thunderstorms where rain never reaches the ground; this is even more deadly for wildfires, as the thunderstorms do not precipitate.  Australia is even one of the driest continents in the world, especially during the summer months of December to February. This past year, the hot, dry winds induced temperatures of up to 107 degrees Fahrenheit, making it even easier for the wildfires to burn and spread.

Such uncontrollable fires are usually detrimental to the environment, as they both release carbon dioxide and damage the trees that usually absorb extra environmental carbon dioxide (CO2). Surprisingly, however, such fires are relevant to maintaining ecosystems around the world. When unintentional wildfires start in national parks, they may be allowed to burn their course because they “…reduce dead vegetation, stimulate new growth, and improve habitat for wildlife…”  Though such wildfires can either have these beneficial or detrimental effects, the overall consequences of the 2019 Australian fires have been devastating.

Due to Australia’s extensively dry conditions, these wildfires have had extensive, grave effects on this continent’s ecosystems and resources. With 27 humans and one billion animals dead, and 3,000 homes burned, these wildfires have affected both urban life and wildlife. The biggest loss of biodiversity hit Kangaroo Island, where almost 100 endangered species lost their habitats. Species like “koalas, kangaroos, wallabees, [and] birds….” lost countless members of their communities, and entire ecosystems were eradicated. When plants and animals reproduce and grow into an environment over time, certain predator-prey balances and food dependencies create an ecosystem. However, with most of the food destroyed and populations of species unbalanced, it will take beyond just a few years to restore Australia’s habitats to their initial conditions. In addition to destroying ecosystems, the ash and debris from these wildfires have dirtied local water supplies, such as Sydney’s Warragamba Dam, and also have the potential to destroy New Zealand’s glaciers.The countless consequences of these wildfires on Australia’s environment shed light on the importance of preventing such disasters in the future.

Notwithstanding the 24 charged arsonists and Australia’s naturally hot and dry weather, climate change is a major reason behind these wildfires. Burning fossil fuels like coal and oil releases carbon dioxide, which has heat-trapping qualities and results in the gradual warming of the Earth. In fact, this practice has formed a vicious cycle of climate change that induces wildfires, which in turn produce greenhouse gases that  result in even more climate change. Extensive evidence of this cycle includes “temperature rise, warming oceans, shrinking ice sheets, glacial retreat, sea level rise, ocean acidification, and many more extreme natural disasters…” such as these Australian wildfires.

Though climate change is the biggest culprit behind the Australian wildfires, we are the ones causing it. Making small efforts to avoid burning fossil fuels in favor of clean energy will lead to a better environment and future.