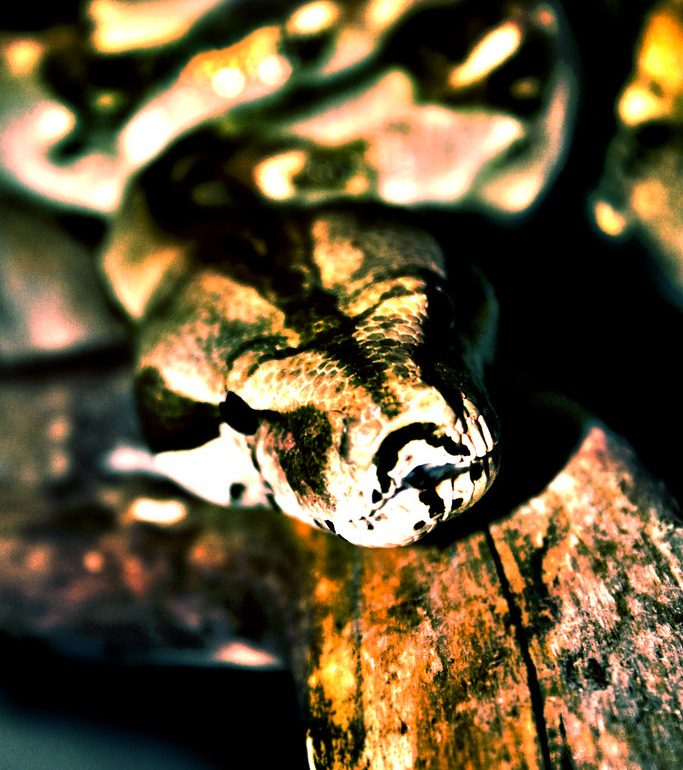 In the midst of Spooky Season, images of the creepiest creatures come to mind, and are sure to elicit a few shrieks. Our notions that arise from exaggerated, mythical imagery in films and other media, however, tend to be inaccurate. One of the most prominent misconceptions that feed into our fears is the inability to distinguish venomous creatures from poisonous creatures. Although many use these two terms synonymously, they actually have a key distinction. Venomous organisms actively inject a toxin into their victims, usually by biting, while poisonous animals passively emit a toxin that is transmitted by physically contacting or ingesting the organism. Other myths regarding the dangers of frightening creatures are also products of misinformation and fictional depictions. This Halloween, we uncover some common misunderstandings of the eeriest beings, but not all of this information will put you at ease.

What’s at stake with snakes?

Slithering snakes are sure to send chills up your spine. Many people naturally associate snakes and their sharp fangs with venom, but mistakenly call them poisonous. Regarding this, I have some good news and some bad news. The good news is that it is extremely uncommon to come across a poisonous snake. The bad news is that “more than 600 venomous species are currently at large.”

BUT, some snakes instigate demise by other means. Many fear that large constrictor snakes, like the exemplary boa constrictor, kill their prey by wrapping and choking them. However, this theory has recently been proven false. The Journal of Experimental Biology explains that instead of strangulation, “they actually kill by halting blood flow.” Although having one’s blood circulation cut off completely does not sound much better than suffocation, at least we know the facts. 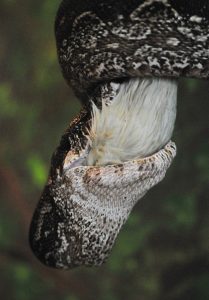 A boa constrictor and its prey. Boa constrictors perceive when to stop compressing “because they can feel their victim’s heart stop.” (Source)

Spiders are the epitome of Halloween. They crawl. They bite. They are a ghastly sight. But how much do we really know about them?

Their abundance in popular media, and horrifying appearances fuel our tendency to generalize most spiders as dangerous. However, although “almost all spiders are venomous, […] spider venom does not exist to harm creatures, like humans, that are too large for spiders to eat, and in nearly all cases has little if any effect on humans.” There are definitely exceptions to this, like the Brazilian Wandering Spider, which has been deemed the most dangerous spider in the world due to its powerful venom. It is categorized into the genus Phoneutria, which translates to the Greek word for murderess. The general consensus, however, is that the purpose of spider venom in most cases is for the purpose of conquering the spider’s prey, which are usually insects. It is hard not to fear these tiny carnivorous beasts, but for the most part, it seems that they aren’t as spooky as they may seem.

To help you sleep at night: It is very uncommon for spiders to bite you in your sleep. If you wake up with a “spider bite” it is likely that this is not the case at all. “True spider bites occur when a spider is trapped inside clothing or when someone foolishly puts a hand or other body part in a spider habitat without looking, or even more foolishly slaps at a spider that is crawling on them.” Research by Dr. Tamara J. Dominguez from the Healthcare Methodist Ministries of South Texas shows that these commonly occurring red bumps on our skin is likely a result of MRSA bacteria, rather than an eight-legged arthropod. 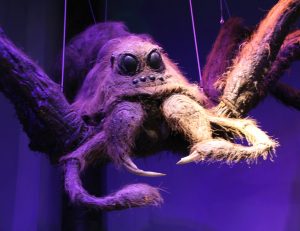 Spiders from Harry Potter and the Chamber of Secrets. (Source)

Beware, They’re Out There (Or Are They?)

Other common misconceptions that many do not think about are those animals we believe to be harmless, but may not be so. For example, the duck-billed platypus is one of the only venomous mammals, although its furry exterior and funny demeanor may suggest otherwise.

On the other hand, there is a common notion that toads have contagious warts, but in reality they just secrete poisons that are skin irritants. These creepy notions about toads have deep roots. “In China, […] the toad is also considered ‘one of the five poisons of yin.’ They say that eclipses happen when the “toad in the moon” tries to swallow the moon itself!”

Lastly, scorpions and their intimidating semblance are widely feared around the world. However, “out of the 1,500 scorpion species found around the world, only around 25 species are equipped with a venom that is powerful enough to be lethal to humans.” Some people even keep them as pets! 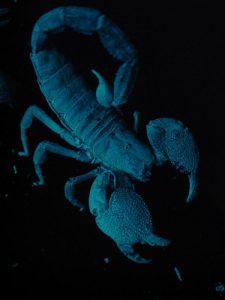 All in all, this Spooky Season we may be able to face our fears armed with the facts. Nevertheless, some of this new information might increase our paranoia, especially for those like me who are jittery and uneasy during this time of the year. But that’s what the Halloween spirit is all about, right?