We are often told that college will be “the best time of our lives.” And many students enjoy the newfound freedom, but college can also be hard. According to the American College Health Association, more than half of college students nationwide feel overwhelming anxiety that makes academic success difficult. It turns out that college students are particularly susceptible to mental health issues. Between the ages of 18 and 24, one in four individuals has a diagnosable mental illness, and three in four individuals with mental health issues experience stigma. While college students’ risk is increased by social stresses, such as sleep deprivation and substance abuse, this shaming may be rooted in a lack of public awareness about the underlying cause of mental illness: biology.

Anxiety disorders peak during adolescence because neurological systems undergo a significant period of change. Specifically, as humans mature, the signaling in the endocannabinoid system of the brain decreases, altering gene expression in frontolimbic circuitry. The endocannabinoid system is a group of receptors that are involved in some physiological processes, while the frontolimbic circuit is where emotion and motivation processing occur. As these changes demonstrate, the developing brains of adolescents are significantly different from those of adults. So, mental illness treatments given to adolescents should be based on studies done on adolescents. 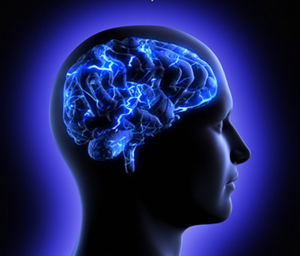 Endocannabinoid receptors are located throughout the brain. (Source)

However, this is not usually the case. As described in a recent study involving UCSD Professors Andrew M. Dale and Terry L. Jernigan, care for adolescent mental illness is often based on studies done on adult brains, and the treatment is inadequate. Their study’s findings emphasize the need to tailor treatments for adolescents based on studies done on developing brains. Analyzing the brains of humans and mice of all ages, the researchers found that a variant gene, FAAH C385A, reduces anxiety in adolescents.

This suggests that FAAH inhibitors can be used as medicine to display the same effect of reducing adolescent anxiety. In other studies, FAAH inhibitors have been used successfully in rodents. However, a human clinical trial for an FAAH inhibiting drug aimed at treating a range of conditions, including anxiety disorders, resulted in tragedy and scandal. In January of 2016, research done in France on behalf of the Portuguese company Bial lead to the hospitalization of all six subjects, with four experiencing brain lesions and one becoming fatally brain dead. While there are currently no clinical trials for FAAH inhibiting drugs in the U.S., the FDA announced that the drug’s toxicity does not extend to other similar drugs. The tragic effects are also being attributed to negligence on the part of Bial and the French Contract Research Organization Biotrial. Although the FDA will consider approving FAAH inhibiting drugs in the future, it must ensure that the subject, patients, and investigators are aware of the risks. 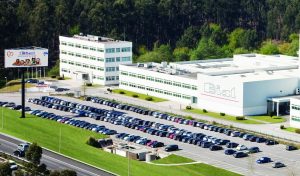 Companies producing anxiety drugs that inhibit FAAH should consider the nuances of adolescent brains. As college students, we should also recognize our particular risk for mental health issues, and take them seriously. We should work to reduce the stigma around mental health because, in ways displayed in this study and more, it is less “in our heads” and more in our genes.