Stopping the Stigma: A Talk about Mental Illness

Mental illnesses have perplexed researchers and physicians alike for centuries. Only recently have scientists slowly begun to understand the intricate biology of neurotransmitters and neural pathways that make up how we think, feel, and perceive. Despite this new wave of breakthroughs, the complex biology of the brain and its illnesses are still poorly understood. With such a history of misinformation, misunderstanding, and mystery, public attitude towards mental illnesses, even today, is fraught with misconceptions. The culmination of these misconceptions has contributed to the development of social stigma and discrimination towards people with mental illnesses that are all too prevalent in society. 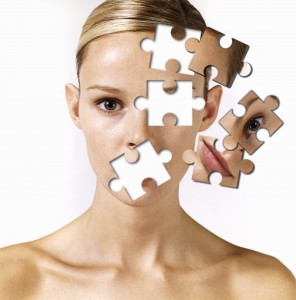 This stigma also exists within the university system, which is negatively impacting the growing university population.

According to the National Alliance on Mental Illness (NAMI), over a quarter of college students have been diagnosed with a mental illness and/or received professional medical treatment for it, and the American College Health Association reported that students claimed depression and anxiety were amongst the greatest impediments to their academic success.1 Depression and anxiety, two of the most common mental illnesses amongst the college population, are also the most stigmatized; stereotypes of weakness, laziness, and the belief that “it’s just a phase” often dominate public attitudes towards students who suffer from these illnesses. These misconceptions have many dire consequences. NAMI reported that over 45% of students that dropped out from college due to a mental health illness did not seek help from their universities, and half of this group didn’t seek help from external organizations as well. The main reason for not disclosing their condition to the university or seeking help was fear of stigma from fellow students, faculty, and even future graduate programs or employers (who have statistically shown to be more hesitant in hiring people with disclosed mental illnesses). In addition, 7% of students said that they even had “seriously considered suicide”, a surprisingly large percentage. With over 20 million students enrolling in colleges, suicide is a real concern that must be addressed.

So what do we do about it? At a higher societal level, laws must be passed to protect people with a disclosed mental health condition from educational and employment discrimination, and the way mass media portrays mental illnesses needs to be reformed. Within the university setting, it is important for stronger support groups and mental health resources to be available on campus. At the personal level, education is key for lasting change to occur. Mental illnesses are not signs of weakness in character, nor is everyone with a mental illness they inherently more unstable, dependent, threatening, or violent.

As with other illnesses, mental illnesses aren’t about character flaws, but about biology. In the past couple of years, large scale genomic studies have begun to illuminate some of the roots of mental illnesses. In 2014, the largest ever genomic study of mental illness was done by the Schizophrenia Working Group of the Psychiatric Genomics Consortium. The Consortium sequenced the genomes of 37,000 people with schizophrenia, and found 128 genetic variants associated with the disease, serving as a strong starting point for scientists and physicians to target important mutations giving rise to schizophrenia.2 In addition, this past summer, a seminal paper reported finding the first two strong genetic markers of major depressive order. One of the genes found, SIRT1, is important for functioning mitochondria, the energy workhorse of the cell, spurring a novel idea that mitochondrial function may be linked to depression.3 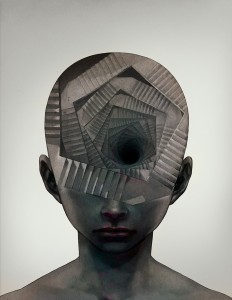 These experiments and many, many more prove there are concrete, biological reasons for mental illnesses. Now it’s our turn to talk about mental illness for what they really are. Mental illnesses are not signs of weakness in character, nor is everyone with a mental illness they inherently more unstable, dependent, threatening, or violent. Spreading the truth instead of misinformation is an effective way to combat the social stigma and put a necessary end to it.

Just like many other questions in biology and medicine, there is still much to be understood about the complexities of the brain and what chemical factors cause these diseases. However, sophisticated  technological advancements have led to better research outcomes, and the science of the brain is slowly beginning to be more and more understood. It is important to mirror this scientific progress with social progress in order to attain the long term goal of properly managing and treating mental illnesses.