Let’s Be Blunt: An Interview with Mary Jane

Have you ever wondered what life is really like for the most well-known, yet controversial, subjects of this world? Do you just want to uncover all the juicy details behind their intimate lives? Then you’re in luck! Read on to learn the stories of one of today’s most infamous celebrities: Mary Jane (or, as most refer to her, marijuana).

AA: Thanks for taking the time to be with us today, Mary Jane. I understand how well-known you are, how busy your schedule is, and how far you’ve had to travel. Where exactly are you from, again? 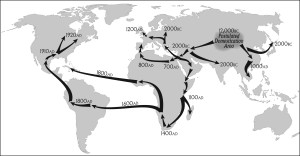 MJ: I’m thought to have come from the steppes of Central Asia, around modern-day Mongolia and southern Siberia. Since then, though, I’ve moved all around the world — from Europe, to South America, and even to right here in the United States. But yes, it’s been a long journey.

AA: Wow, you must be tired. Did you have to take the red-eye flight here?

MJ: Yes, I did. I’m used to moving around a lot, though, so it doesn’t really have an effect on me any more. However, it’s a different situation for all the people around me. All of their eyes always seem to be red and bloodshot. Maybe the perfume that I use has an effect on them; it’s name is tetrahydrocannabinol, or THC. Ever since I started wearing it, I’ve noticed that the people I hang around have eye redness that lasts for a couple hours, most likely due to the dilation of the blood vessels in their eyes. Regardless, as I mentioned, it’s been a long journey, and I’ve got a lot more traveling to do soon.

AA: I’m sorry for that; we’ll try to make this quick. Can you tell us a little about what makes you so famous?

MJ: No problem! Other than the hype that surrounds me … I think it might just be my signature THC perfume. It can be addictive, is thought to lead to eye redness, and acts like the body’s natural cannabinoid chemicals. The receptors for these chemicals are associated with the thinking, memory, pleasure, coordination, and time perception areas of the brain, so THC affects these aspects in a person.

AA: What about your effect on people? What kind of effect do you aim to bring to the general population?

MJ: My goals are to stimulate people’s brains to help them reach a state of euphoria, help them relax, and prompt pain relief. I’ll do anything to achieve these effects, even if it means causing hallucinations, delusions, short-term memory loss, impairment in motor and cognitive skills, or a relapse in schizophrenic tendencies.

AA: And how are your short-term and long-term relationships?

MJ: Well, to be honest, I’m not a very relationship-oriented person. In the short term, I help people reach a temporary “high,” but it comes hand-in-hand with slow reaction times, poor coordination, and increased panic, anxiety, and heart rate. As for long term, I tend to bring about a lack of motivation, an inability to understand things clearly, growth disorders, sexual difficulty, and suppression of the immune system. So I tend to be pretty independent, but for some reason there is still a ton of people that are just obsessed with me.

AA: Do you think you’re more popular with the older crowd or the younger generation?

MJ: Well, I’m not really sure if I can say that one or the other prefers me. What I can say, though, is that I have support from both crowds, and that support is only increasing as the years pass. This newfound, expanding acceptance may be related to society’s changing attitudes due to my positive role in the medical field. For example, I strive to be someone who can ease the painful symptoms of some diseases, such as arthritis, and lessen the unpleasant side effects of cancer patients’ chemotherapy. I can also say that the effect I have is definitely more pronounced in the younger, pre-twenty-years-old generation than in the older generation; their brains are still developing, so they are much easier to influence.

AA: That seems logical. I still don’t understand what makes you different from other celebrities in this day and age, though. For example, what distinguishes you from your good friends Captain Morgan and Jack Daniels?

MJ: Great question! Over the years, Captain and Jack been linked to quite a few murders, about 88,000 a year, to be 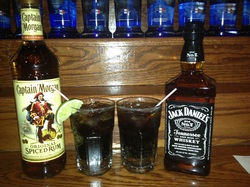 exact. When people spend way too much time with them in a very short period, it can lead to death within five minutes. And spending prolonged time with them can be even worse since they’re commonly associated with liver disease and cancer. Honestly, they’re some of my good friends, but I don’t think there are any benefits to spending time with them. On the other hand, I have a subtler effect on people, but still may impair balance, increase blood pressure, and possibly bring on bronchitis. In addition, although I don’t know of anyone who has died from spending too much time with me, I have heard of people who have injured themselves due to their lack of coordination when they’re with me. 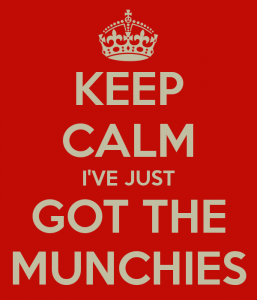 an you tell me a little bit about that? What is your favorite food?

MJ: Yes, I do have a strong relationship with the food industry. I’d say that my effect in this field is much more intense and long-lasting, even though people don’t really think or know so. I’ve created my own line of baked goods, including cookies, brownies, and even cakes. Unfortunately, we’ve been having a couple of problems. Many a time, I’ve had a fan eat some of my food and end up in the ER. But hey, you can’t blame me for being bad at baking! As for my favorite food … I’d have to say brownies.

AA: Wow, all this talk about food is making me hungry!

MJ: A lot of people say that when they’re with me. It’s almost like their neuron signals are getting “scrambled.” Yeah, I think that’s it. It must be that their pro-opiomelanocortin (POMC) neurons begin releasing chemicals that promote hunger, rather than fullness, when I’m around. I’m not completely sure of the exact mechanism, but I’m certain that this is a reason.

AA: Weird. Ok, one last question, and that’ll be all for tonight. What is the motto that you live and breathe by?

MJ: That one is easy: let the good times roll!

AA: Awesome! Well, thank you so much for being here with us today, Mary Jane. Speaking with you in person has been very insightful.

MJ: No problem; it’s been a pleasure. Thank you for having me!