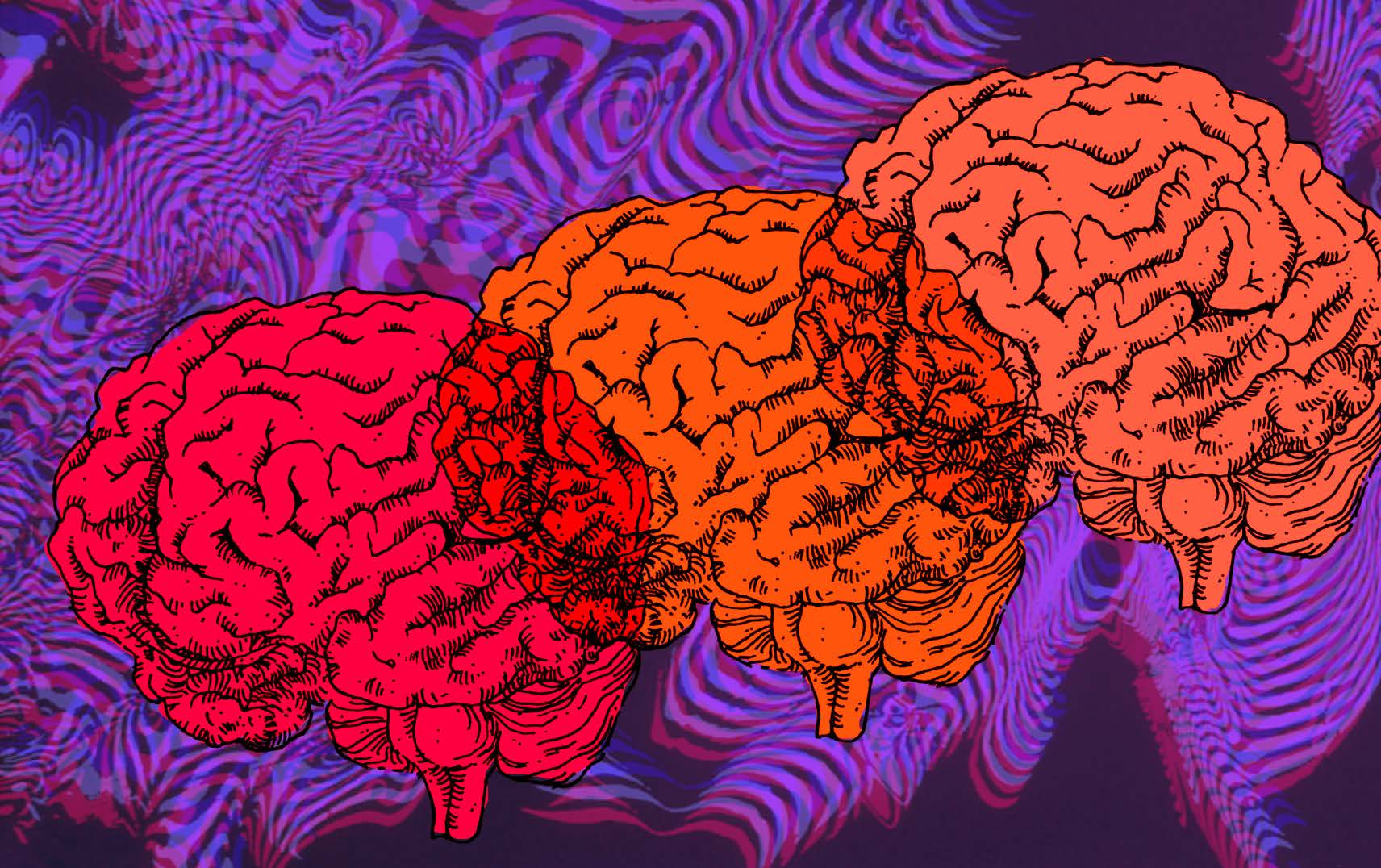 A Journey Back to the Past: Déjà Vu

With a sudden craving for fried chicken, my family took a spontaneous trip to KFC. Returning home with the rich, flavorful scent spreading across our dining room, I began to set the table. As I placed the signature KFC corn slaw off to the side, my brain clicked and I abruptly felt a puzzling sense of eerie familiarity. This exact scenario had happened before: the striped box with Colonel Sander’s face placed to the right, my chair diagonally pushed back, and the take-out boxes placed in a disorganized fashion. This exact moment had to have happened before…unless?

We hadn’t ordered take-out chicken in several months, so what was it? Was I born with exceptional photographic memory? Or did I somehow teleport and revisit the past? The answer to both is “no”, without a doubt. Okay, then what?

My friends and I have shared earnest conversations about this peculiar sensation called déjà vu which causes one to feel like they have experienced an identical situation before. In certain cases, the sensation occurs even while completing an activity for the first time. As déjà vu continues to reappear in my everyday life, I can’t help but wonder what really happens in our brains during this phenomenon. At last, I have decided to delve into the nitty gritty truths, or so I should say scientific theories, behind how déjà vu occurs.

There are a variety of scientific theories that attempt to accurately explain the internal processes of our mind and body during déjà vu. While déjà vu is medically considered a phenomenon experienced before temporal lobe epileptic seizures, it is also experienced by many people in their ordinary lives. Certain theories that have been repeatedly supported by researchers focus on mechanisms of dual processing, neurological interactions, memory, and split attention.

One such popular theory on déjà vu refers to the disruption of cognitive memory operations in the dual process theory, in which information is stored and retrieved through two different processes in the brain. To begin, one example of a dual process system includes the recollection and familiarity functions of retrieval. The recollection function refers to sending retrieval cues that prompt our brain to access information from a past memory. For example, taking exams like the SAT involves sending cues to our brain to retrieve information. This function is based on a threshold process where only surpassing a certain threshold of “recollective strength” allows information to be retrieved. Thus, not all previous events are able to be retrieved. The familiarity function, which determines how familiar an experience feels, depends on a signal detection process where previously studied or reviewed subjects are connected with greater familiarity than subjects that have not been reviewed. Although memory recollection and familiarity functions are usually active at the same time, there are instances when only one is active. When the signal detection process of only the familiarity function is active, a situation or setting may feel familiar, but the individual is unable to grasp which prior event this familiarity stems from since the recollection function remains inactive.

Another dual process involves memory encoding and retrieval functions. Encoding is the process of transforming sensory observations from an experience into memories that are connected with related subjects already stored in our brain. Andre de Nayer, EXPERT at KCE at the Government Ministry of Health in Belgium, hypothesizes that when the two separate channels of encoding and retrieving memories “meet in the same area”, these functions may occur simultaneously. This can lead to a present situation, which is being encoded, seeming like it has been recollected from a past memory through the retrieval function, even when it evidently has not. He illustrates this theory as a tape recorder having both its record and play button on. While there is great space for further neurological research, this remains a logical model of déjà vu in relation to the dual process theory.

Additionally, people have two types of consciousness, the normal variant and the parasitic variant. The normal consciousness is observant of the setting and events that occur outside, around the person. On the other hand, the parasitic consciousness focuses on one’s internal activities within the brain. In high levels of stress, the outer variant is unable to process sensory information correctly and the inner variant takes the dominant role to collect information through mental images. Such an event where the inner variant is dominant causes the individual to deem current experiences as old memories and feel an odd sense of familiarity. This theory is suggested by John Hughlings Jackson, an English neurologist with specific research emphasis on epilepsy. He recorded several accounts of experiencing these two variants alternating in dominant roles of observation, and as a result supports his explanation.

Next up, let’s take a look at memory storage theories. First off, the hologram theory suggests that memories can be stored as a pattern of neural activations throughout the brain, rather than one form of memory storage. This means a single factor of an environment that shares similarities with one of the neural activations can make the entire pattern of neural activations spark, causing the setting to feel familiar. Say you visit a Friendsgiving dinner (post quarantine, of course) and experience déjà vu while playing Slap Jack on a large living room rug. Truth is, you’ve never been in the same setting. Instead, you’ve sat on an extremely similar rug before and simply cannot identify where exactly that was. You create a holographic connection between only the rug from the past and the rug from the present. This triggers the pattern of neural activations from your previous memory, making you feel a strange sensation of familiarity.

Together, we have delved into the cognitive and biological aspects of déjà vu by reviewing the dual sense theory, neurological interactions, memory theories, and the split attention hypothesis. Note, theories are explanations based on previous scientific research, yet there is still much to discover about this strange phenomenon. Nonetheless, the progress our science community has made to understand this mysterious sensation is quite remarkable. After all, we’re no superheroes. We can’t see the future before every déjà vu moment nor do we have flawless photographic memory. Regardless, I’m continuously fascinated by our cognitive capacity to function in such intricate ways. You bet that the next time my family orders take-out, I’ll shout “DÉJÀ VU!” for the pure chance to share about our discoveries.