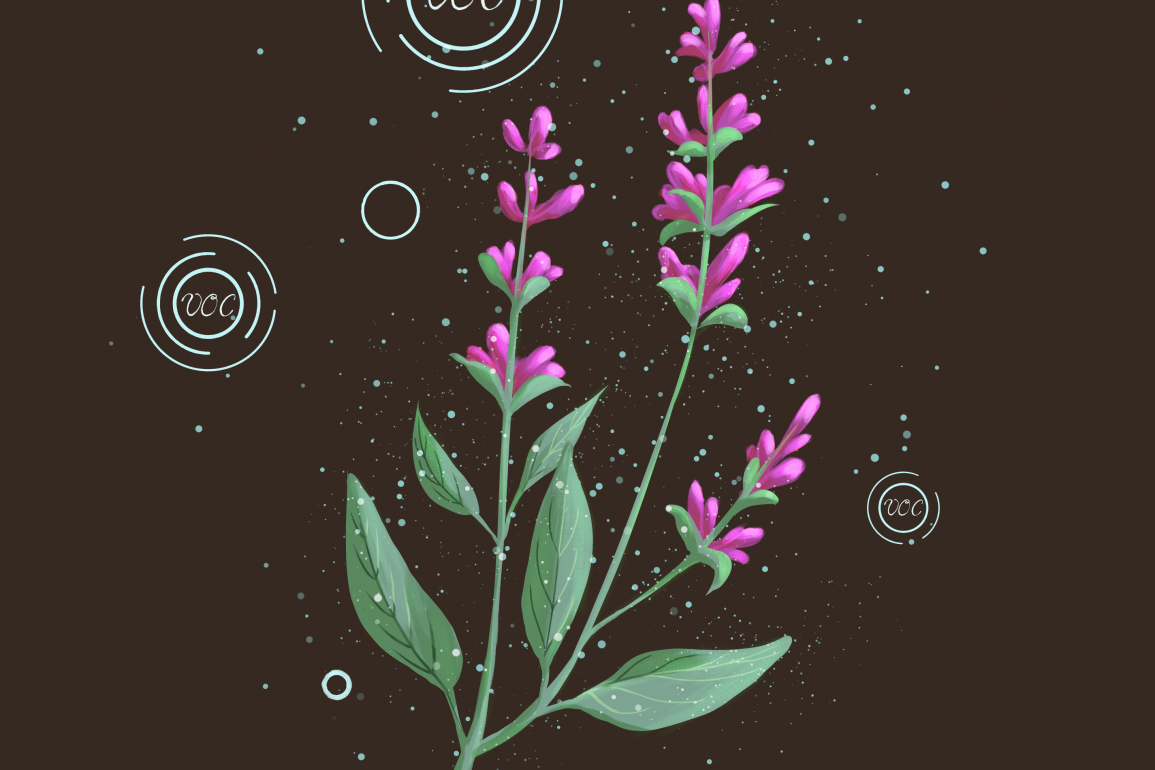 It’s midterm season, and the pressure is slowly getting to you. Pungent odors begin to diffuse in the air as a result of your choice to skip showers for the past week. When you’re not in the quiet, public confines of Geisel, you let bouts of stress escape your mouth in the form of audible screams. This is the life of a typical UC San Diego student during midterm season.

We are all too familiar with the ways in which humans respond to stress, but what about the ways in which other living organisms respond to stress? Let us consider plants. Plants, too, become  stressed when they are exposed to environmental or internal factors that may threaten their survival. For example, natural causes of stress in plants may include herbivorous insects (such as caterpillars) that threaten the survival of a plant species by consuming significant amounts of the plant population on a local level or spikes in temperature which may cause unfavorable conditions for the plants. Man-made innovations, such as the lawn mower, are yet another cause of stress among plants.

There are a myriad of pathways through which plants respond to stress, but one of the most well-known responses is through the release of volatile organic compounds (VOCs). VOCs are organic compounds that have extremely low boiling points. This property of VOCs allows them to evaporate into environments and spread very easily. Interestingly, most VOCs are characterized by a striking odor. One familiar example of a VOC is mercaptan, which gives petroleum its distinct smell. In plants, the distinct odor of some VOCs that are released may play a key role in helping plants communicate with one another when stressed. Specifically, the VOCs are used as a means for the stressed plants to communicate threats to other local plants, to defend against herbivores and insects, to attract pollinators, and to cope with abiotic stresses.

As a means of communicating with one another, plants transmit VOCs in order to prime other local plants to respond to potential threats. This mechanism is similar in theory to vaccines. Vaccines prime our immune systems by exposing our immune systems to weaker versions of viruses; this then strengthens the immune system’s response when it actually encounters the virus. Similarly, exposure to certain VOCs allows plants to defend themselves against certain pathogens or herbivores by priming the plants’ immune systems prior to encounters with the threat. Interestingly enough, this chemical communication between plants does not have to be within the same species.

For example, two different plants, namely the sagebrush and the tobacco plant, prime each other to threats from herbivore insects through the emission of VOCs. In one study, wild tobacco plants were placed in an environment surrounded by either healthy sagebrush or sagebrush clipped by researchers. Clipping of the sagebrush in the lab served as a simulation of an attack in the wild. In an  environment with the clipped sagebrush, the tobacco plants were less threatened by herbivorous insects. Since the sagebrush would have released VOCs upon being attacked, the VOCs were able to communicate interspecifically with the tobacco plants to send a warning for a potential threat. Upon receiving this warning, the tobacco plants were then able to raise their defenses by producing polyphenol oxidase, an inhibitor of nutrient uptake in herbivores. Through this mechanism, the production of nutrient uptake inhibitors allowed the tobacco plants to be primed to insect attacks even in the absence of the insects. However, it is unclear whether these interspecific messages sent through VOCs are directed intentionally or if the messages are gathered through “eavesdropping” by plants of other species.

In other situations in which plants face stressors, emitting VOCs may be a strategy used by plants to allow them to disseminate offspring. They do so by targetting VOCs towards different types of insects. One category of insects the emitted VOCs may be signalling to is pollinators. Since pollinating insects spread the seeds of the plant, this signalling increases the fitness of the species and thus benefits the plant population as a whole.

Yet another type of insect that plants may communicate with through VOCs are parasitic insects. According to plant pathologists, the distinct smell of a freshly mowed lawn is, in reality, the smell of VOCs emitted by the grass in order to communicate with parasitic wasps. Although the grass is contemporarily being “attacked” by lawn mowers rather than herbivorous insects, the mechanism of VOC emissions has evolved as a response to stress brought on by insects rather than lawn mowers. Reflecting an original evolutionary purpose, a parasitic wasp being summoned by VOCs is brought to the scene of the attack by insects to lay parasitic eggs in the insects. The goal of this act would be to infect the grass-eating insects and ultimately destroy them.

However, in reality, this model has been rendered useless by the invention of lawn mowers. The parasitic wasp may arrive at the grass’s beckoning call at the site of distress, only to find a lawn mower in place of the expected stress-inducing insect. Unable to effectively counteract the monstrous lawn mower, the predator-attracting method of communication through VOCs is ineffective in the face of man-made plant attackers.

Recent research has illuminated other ways in which plants respond to stress, with one such method being through the emission of sounds. When a plant is undergoing a stress response, a process known as cavitation takes place in the xylem of the plant, causing air bubbles to expand and explode within the xylem. This characteristic popping sound is emitted in an ultrasonic sound range that is inaudible to humans. However, some organisms may be able to hear these ultrasonic calls for help and respond to the plants. Although more research needs to be done to further support this theory, scientists hypothesize that plants emitting sound signals under stress may attract predators, such as bats, which  could consume possible herbivorous insects.

Similar to the typical UC San Diego student’s experience of stress, plants, too, emit funky odors (through VOCs) and sounds (ultrasonic clicks) when exposed to stress. Thanks to recent research, we are able to explore these responses, despite not being able to smell or hear the majority of the plants’ emissions.