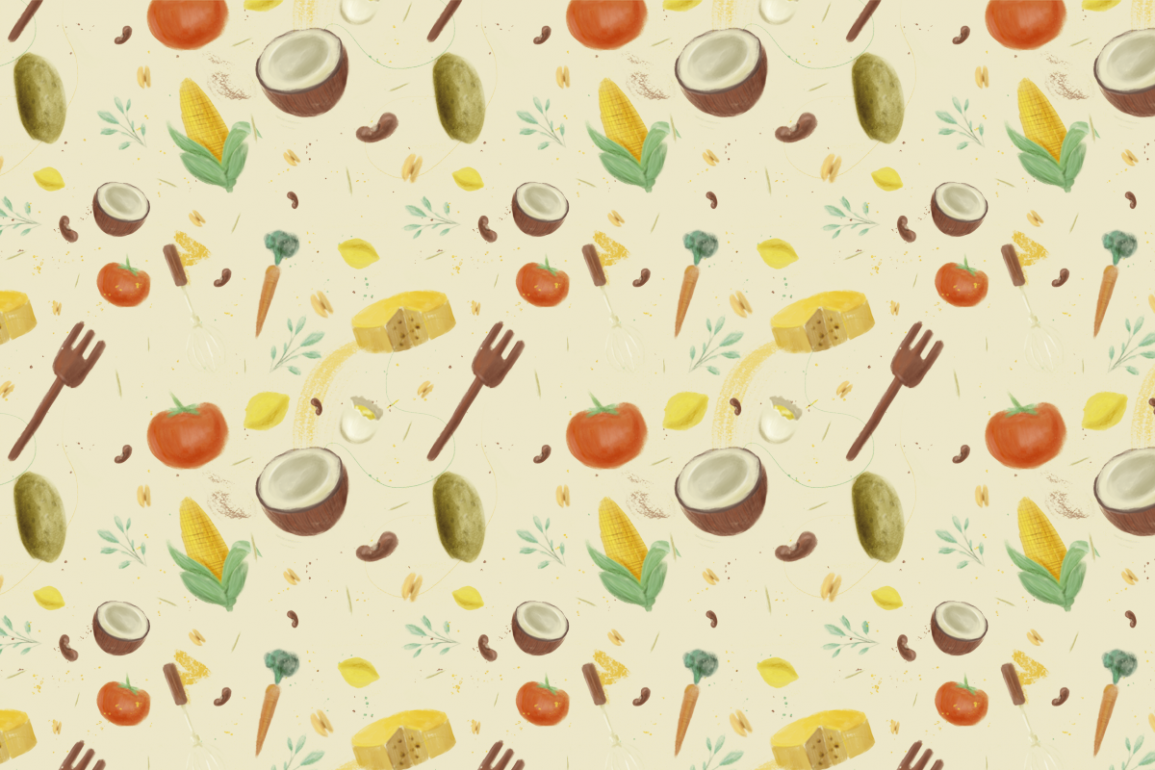 I Tried Going Vegan for a Week

Growing up, my parents used to encourage me to try new things. Some things (like joining the school newspaper) went well. Other ideas (like attempting to cut my own bangs after watching two Youtube tutorials) produced less fruitful results.

This year, in the spirit of entering college, with my impulsivity at an all-time high and my caution at an all-time low, I figured there was no better time to try pretty much anything that I had a deep, earnest inquiry about. (My rule of thumb is that almost nothing short of dying is off limits.) Better yet, I would record all of my results and findings—satisfactory or borderline traumatizing, it’s pretty much a throw of the dice—in the form of a blog.

For this week’s agenda, I decided to try going vegan—cold turkey. With three years of vegetarianism under my belt and a slight overestimation of my dietary willpower, I thought this task was going to be a piece of (vegan) cake. And if done right, I could reap the rewards of a vegan diet: lower risk of cardiovascular disease, obesity, type 2 diabetes, and certain cancers (1). Research also shows that a vegan diet, compared to a vegetarian or omnivorous diet, contributes the least amount of land, water, and overall environmental impact (2). This was something that I, as a Muir student, could definitely get behind.

When I told my friends that I was going vegan, they wished me luck on my endeavors on eating grass for a week. However, research shows that a properly planned vegan diet supports a higher intake of fiber, vitamins, and minerals (1). In fact, vegan diets can not only meet but even exceed the nutritional value of a vegetarian or omnivorous diet.

But, a couple of hurdles presented themselves earlier than I had anticipated. For one, I had absolutely no idea what I could or could not eat on a vegan diet. If you’re anything like me, you don’t often consider every vitamin and macronutrient you’re consuming in a meal. Maybe, like me, you assume that your healthy and unhealthy meals per week will average out and somehow provide you with the nutrients you need to survive and avoid malnutrition.

I soon realized that my knowledge of proper nutrition on a vegan diet, or any diet for that matter, was severely lacking. It got kind of embarrassing. Is Red Bull vegan? (Yes.) Is gum vegan? (Certain kinds.) Are Cheetos vegan? (I cannot believe I even had to ask.)

I could’ve easily taken the shortcut and become a pasta-fries-oreos-junk food vegan. But I knew that I would probably develop diabetes in four or five days on this diet. Instead, I wanted to be a lean-green-fighting machine vegan. Or at least try to be.

But because a vegan diet admittedly eliminates a hefty chunk of important nutrients made available by animal products, I remained wary of certain pitfalls of a vegan diet. Cutting out animal products completely may result in nutritional deficiencies, so most dietary recommendations for vegans include fortified and enriched substitute foods for these necessary nutrients.

Certain minerals and nutrients proved themselves to be easy enough to supplement. Calcium deficiencies could be avoided by consuming vegan sources of calcium, such as green vegetables, tofu, and soy beverages, as well as calcium-fortified foods. Vitamin D can be found in fortified soy milk, rice milk, orange juices, and breakfast cereals. Flaxseed, walnuts, and canola oil contain the necessary n-3 fatty acid ALA. And a sufficient source of zinc can be round in whole grains, legumes, and soy products. Legumes, might I add, contain an exorbitant amount of protein, iron, zinc, and calcium. Highly underrated food group (1).

Funnily enough, vegan sources of protein digest slower in the body than meat protein—in fact, only eighty-five percent of plant-food protein is even digestible. This is because protein foods like meat and eggs contain all of the essential amino acids, while plant-foods only have certain amino acids. Because of this, vegans need to counteract this lower digestibility by increasing their protein intake by ten to fifteen percent (1).

However, vitamin B-12—an essential vitamin for DNA synthesis and cellular energy reproduction—remains the crux of a balanced vegan diet because it currently only exists in animal products. B-12 is synthesized by certain bacteria that only live in the gastrointestinal tract of animals and are then absorbed by the host animal. Unfortunately, vitamin B-12 is concentrated in animal tissues, and therefore only exists in animal-based foods—especially beef, chicken, eggs, and dairy foods. Kind of a dead end vitamin for us plant-eaters (3).

So, to avoid B-12 deficiency and becoming anemic altogether, vegans are limited to B-12 fortified foods, such as fortified breakfast cereals, soy and rice beverages, and nutritional yeast since plant-based sources of B-12 do not contain significant enough amounts of active B-12. Apparently, leafy vegetables and soy products don’t cut it (4).

All of these nutrients and minerals sounded good in theory; however, I found myself wondering where I could find B-12, or any of these highly coveted fortified foods, on campus. Certainly, there didn’t seem to be a high demand for B-12 fortified nutritional yeast at my local market. Or maybe I didn’t look hard enough.

I soon realized that the benefits of a vegan diet—or should I say, the fruits of my labor—are made infinitely more possible in an ideal world that includes a kitchen and fresh fruits and vegetables rather than the single-function microwave and the questionable produce sections that I am provided by HDH.

But given the relatively limited food options in general, this campus does a good enough job at providing us with plenty of vegan substitutes. During the weekdays, I mainly ate at Roots, which turned out to be a complete godsend. If Roots was closed, I found myself easily swapping out cheese for vegan cheese at OVT and simply opting out of cheese altogether at Goody’s.

Weekends were harder. After wandering around campus for a fortified snack or a hearty bowl of legumes, I found myself resorting to suboptimal “struggle meals,” such as a single banana or some seasoned peanuts from John’s Market. Going vegan also limited a fair amount of options in terms of dining out with friends or grabbing ice cream late at night.

Throughout the course of the week, I made mistakes—it’s so easy to drink coffee from MOM and forget that there’s milk in your beverage. Or wake up from your dream in a cold sweat because you suddenly remembered that the cookie you ate nine hours ago probably contained butter in it.

Did I fail the vegan vibe check? It’s hard to say; answers point to yes. But hey, I’m human, and I’d like to give myself the benefit of the doubt. After all, going vegan on a college campus requires proper planning and dedication. However, with resources like Roots, the Food Co-Op, Meatless Mondays, and vegan options at every dining hall, it is certainly more than possible to maintain a plant-based diet (5). Had I given more thought into plausibly sustaining this dietary challenge, I might have planned my meals better and checked out more of the vegan spots on campus.

However, if you’re planning to go full vegan, there should be a certain level of awareness of the privilege of accessibility that comes with veganism. In order to obtain certain necessary vitamins, the only choice often reduces itself to fortified foods or supplement vitamin pills. Understandably, it can be hard to get your hands on these supplements if you’re limited to an admittedly bare-boned college meal plan.

Still, a 100% vegan diet isn’t the end-all-be-all if you’re looking to make a positive impact on the planet. Going meatless once a day, or even once a week, carries considerable weight in reducing the amount of land and water used to produce a meal (6). This is because raising livestock and producing crops requires tons of land, water, and fossil fuel energy that accounts for 10-12% of global greenhouse gas emissions (2). The rules of supply-and-demand are simple enough: less meat, less global warming.

So give it a try. Go vegan for a meal, or a day, or a week, and see how it goes. Maybe you’ll find yourself failing on the first day after your first shameless latte. Or maybe you’ll end up falling in love with fortified breakfast cereals. But either way, you’re trying, and that’s what makes all the difference, right?