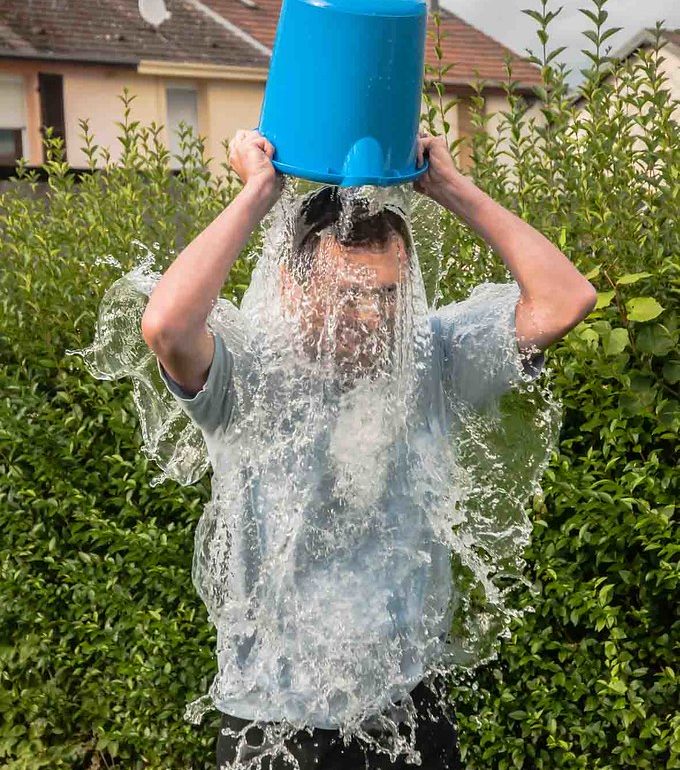 Every day, we press snooze on our alarms. Roll over in our beds. Pull the covers over our heads. Even when half asleep, most of us seamlessly coordinate and control our movements. We barely realize the complexity of the actions that our bodies are performing, much less think about their inner workings. However, those with amyotrophic lateral sclerosis, the name of which quite literally translates to “a lack of muscle nourishment,” cannot move with such ease. The growing influence of smartphones, media, and the resulting viral challenges—the latter phenomena specific to this century of intense globalization—has begun to shed light on the plights of those affected by ALS.

Every 90 minutes, a person is diagnosed with ALS— an acronym that became widely known in 2014 as a result of the viral ALS Ice Bucket Challenge. This neurodegenerative condition originates from damage to motor neurons that normally create signaling pathways within the nervous system. With a decrease in signal delivery from the brain through the spinal cord to the extremities, the nerve cells throughout the body eventually degenerate, leading to debilitating symptoms. Muscle weakness and cramps, fasciculations or muscle twitches, clumsiness, slurring, and difficulty chewing or swallowing are all evidence of an overall loss of voluntary muscle control which results in limited movement.

Discovered nearly two centuries ago in 1869, ALS currently has no known cure, though treatments have been developed to slow its progression. The condition tends to affect elderly, Caucasian men; however, nearly anyone can be affected by ALS. The most common version of this disease, constituting 90–95% of cases, seems to affect individuals sporadically, or with unknown cause; the remaining 5–10% of cases are inherited from parents. In general, the life expectancy post-diagnosis is around two to five years, though there have been shocking challenges to this prediction.

Stephen Hawking, one of the world’s most renowned physicists, was diagnosed with ALS at the early age of 21. Despite being told he only had a few years to live, he defied all odds by living until the age of 76. His startling IQ of 160 (the average IQ being around 100!) revealed that this disease primarily affects a person physically and does not necessarily affect mental capability. To date, scientists and researchers are attempting to identify the reasons as to why Hawking survived for so long. Many have concluded that a mix of “genes, environment, and clinical care,” along with the type of motor neuron affected, were reasons for his long lifespan. When Hawking was diagnosed, the condition was almost unheard of. Public awareness of ALS only spread decades later, in the summer of 2014.

The summer of 2014 is when many of us remember our social media exploding with videos of people dumping ice cold water on themselves and nominating others to do the same. Coined the “ALS Ice Bucket Challenge,” the disease and challenge were initially unrelated, but grew in popularity when large numbers of both ALS-affected and non-affected individuals continued the viral stunt and donated to the cause.

Though the struggles of life with uncommon diseases historically went unnoticed, one of the biggest benefits of this challenge was the attention that it brought to ALS. Approximately $115 million was raised in a mere eight week period, $80 million of which was donated to ALS research—resulting in the discovery of five new ALS-related genes. Donations from this ice bucket challenge also increased ALS patient care, drugs, and research projects. More importantly, the challenge created a solid sense of community, with much of the online world rooting for a single cause.

However, there was a downside to the ALS Ice Bucket Challenge. Though nominating others was effective in spreading the challenge, it also held the potential for a bandwagon effect. Many people used the challenge to put themselves up on a pedestal on social media, despite being oblivious to what the acronym stood for, much less what the disease actually entailed. The challenge was used not only to show a person’s supposedly great moral compass, but also as an excuse for social benefits and fame, rather than truly contributing toward ALS awareness.The ALS Ice Bucket Challenge’s downfalls spur discussion about the extent to which serious matters such as biological diseases and social media should be intertwined. Though the benefits seem to outweigh the pitfalls, do these viral challenges create a desensitized environment regarding such diseases?

The connection between biological conditions and media has been made in many other instances as well. Most recently, a movie by the name of Five Feet Apart was released regarding cystic fibrosis. The struggles of the condition were portrayed through a love story, and though the resulting spotlight on the disease pleased many, others were upset that the film romanticized cystic fibrosis in a seemingly less serious context. The pros and cons of interweaving the ideas of disease and media makes us question whether social media is transforming the perception of the problems that are literally inside of us.

Regardless, discussion centered around the ALS Ice Bucket Challenge reiterates the struggles of living with ALS and the media’s usefulness in understanding less acknowledged diseases. Such awareness reminds us that every time we press snooze on our alarms, roll over in our beds, and pull the covers over our heads, we should realize the extent of our physical capability and be thankful for it.