Taking One for the Team: Grey’s Anatomy Season 12, Episode 8

I’m currently writing this blog in the middle of the night in Geisel Library, surrounded by many other students who are here to cram for midterms. Although I refuse to be one of the few who stay here until broad daylight, the feeling of being overworked is definitely rubbing off on me. I’m sure Dr. Owen Hunt can relate after spending the entire night at the hospital working a long shift alongside his co-workers.

Following a long night of saving lives with the night shift team, Owen finds himself thrown into another wild situation, as countless firefighters are rushed into Grey-Sloan Memorial suffering severe burns from a local wildfire. As the new Chief of Surgery, Dr. Miranda Bailey is left with the responsibility of assigning various roles to the hospital staff in order to efficiently handle the emergency. However, Bailey struggles to exude confidence, as she is new to the leadership realm. Nonetheless, she directs the hospital staff to where they are needed, transforming the entire hospital into a burn treatment center.

Dr. Meredith Grey and Penny, a surgical intern, treat a patient who has a metal rod sticking out of his chest. Meredith wants to do a cardiac ultrasound and asks Penny to page Dr. Maggie Pierce; however, Dr. Nathan Riggs comes in and pulls out the rod–disobeying Meredith’s orders. Nathan is one of Owen’s old friends who served in the army with him. There’s major beef between them now due to some rough history that doesn’t get revealed in this episode, so I guess you’ll have to watch the next episode to find out more.

After looking at the ultrasound, Meredith, Nathan, and Penny find the patient to be bleeding from his pericardium. The pericardium is a fibrous sac that encloses the heart and is responsible for stabilizing it, facilitating its movements, and separating it from surrounding structures in the thoracic cavity. The pericardium consists of two layers, with fluid between the layers to help execute these mentioned functions. The patient had likely been experiencing pericardial effusion, which is the accumulation of too much fluid in the pericardium, from the chest trauma. In this case, the excess blood accumulation within the pericardium puts pressure on the heart, hindering the chambers from being filled completely and creating poor blood circulation. Meredith and Nathan take the patient into surgery. 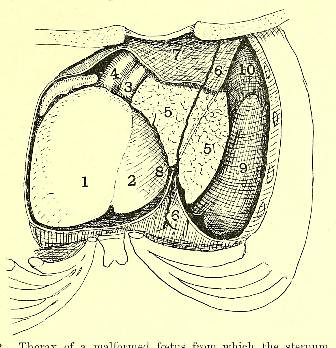 Fluid accumulation adds pressure on the heart and hinders its function. (Source)

Meanwhile, Dr. Callie Torres consults Dr. Jackson Avery and Dr. Ben Warren on their patient, who has a severe burn on his hand and forearm with bone exposure. Due to the severity of the burn, they are unsure if a normal graft would work to heal the burn. Skin grafting involves the transplantation of skin from one area of the body to another to treat burns. The patient that Jackson and Ben are treating has burns so severe that a skin graft may not be enough to treat the wound–and on top of that, the severity of the wound hinders the ability to keep the arm in a sling. Ben suggests doing a living graft with an abdominal pedicle flap–sewing the hand into the abdomen. Flap surgery involves using a piece of tissue that receives blood supply–as it is still attached to the body–to heal the wound. Since a flap comes with its own blood supply, it is a more efficient method for treating severe burns, compared to a skin graft that doesn’t have its own blood supply. 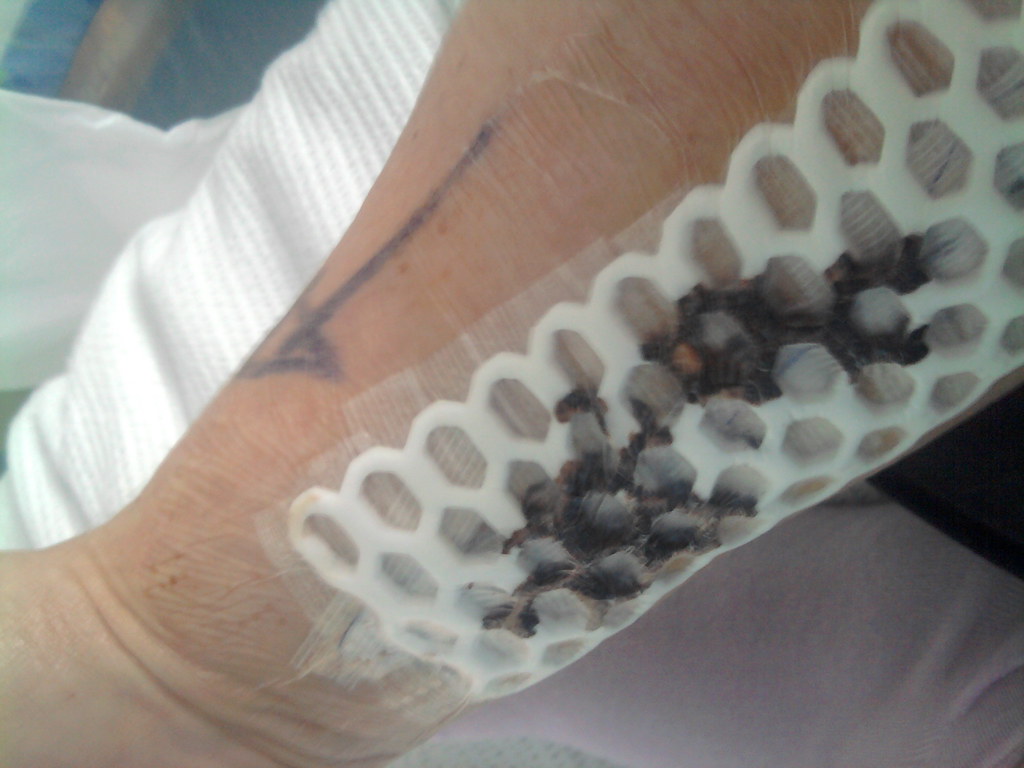 Example of a skin graft (source)

As bizarre as sewing a hand into the abdomen may sound, this procedure has actually been done in real life (https://abc13.com/health/doctors-sew-mans-hand-into-his-tummy/966705/). Back in 2015 in Missouri City, Texas, Frank Reyes was changing a tire on a hot afternoon–hot as in over a whole whopping 100 degrees–when the jack slipped, pinning his hand against a fender. Reyes’ hand was severely burned, with most of the index finger needing amputation due to infection. With the worsening condition of Reyes’ hand, Dr. Anthony Echo decided to tuck the hand into Reyes’ abdomen after realizing an ordinary skin graft or flap of tissue would not suffice. With the hand attached directly to the living abdominal skin, new blood vessels were able to form.

In the midst of keeping her staff in order, Bailey treats Casey, the fire chief, who suffered severe burns all over his body after going into the fire to save his crew. A hole has been burned into his chest and there’s major lung damage. Casey repeatedly tells Bailey to save his other crew members before him despite the severity of his condition, and refuses to be intubated after having breathing problems because he wants one last chance to speak to his wife. Literally, at this point, I’m about to bawl in the middle of Geisel 2nd West, as Casey says, “You can’t control everything” and “I love you” to his wife one last time before succumbing to his injuries.

Bailey makes it through the day as Chief of Surgery only losing one patient out of forty-four, with nineteen of them in critical condition. From Bailey’s strong leadership, to Casey’s bravery and selflessness, seeing these characters step up for their team is truly inspiring. But catch me mourning over Casey’s death until the next blog.