A Heart for Coffee

I feel like every science writer has talked about caffeine at some point in their tenure, so I figure doing this sooner rather than later might be a good idea. Plus, as a point of efficiency, this topic allows me to cover something deeply important to student life and evaluate the speed at which my own mortality approaches. So a win-win here. 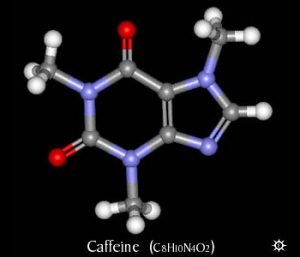 Let’s talk about this beautiful molecular bandaid for my sleep failure (source).

I read a few papers, and it seems like the world may have a caffeine problem. I know I do. When I wake up in the morning, I go straight to my coffee pot. If I had my act together the night before, my programmable coffee machine greets me with hot, fresh coffee. If not, I boil water for my French press. Then I begin my first 24 ounces. As it turns out, the world consumes an estimated 1.6 billion (yes- with a “b”) cups of coffee every day. So, starting the day with a thermos full of three cups’ worth of coffee just means I’m doing my part. Depending on how the day goes, I may trade Fairbanks Coffee a buck twenty-five for a refill. I drink a lot of coffee (1).

But odds are you drink it too; studies say about 80% of us do. So what gives? And more importantly, as a self-professed heavy user, am I going to die (1)?

Probably at some point. But hopefully not from coffee.

Hold on though – as a biochemist, before I dive into my potential imminent demise, I feel like some background would be nice.

Caffeine’s function derives largely from its structural similarity to a molecule named adenosine. Adenosine plays roles all over the body, but caffeine specifically likes to interfere with adenosine’s job of promoting sleep. Adenosine more or less plugs into ports in the brain to let us know we’re in need of precious Z’s. But look at this (1). 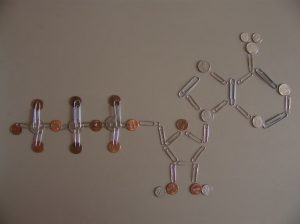 This is adenosine; does that top right section look familiar at all? Look at the caffeine molecule above to compare (source).

Ok, I promise that’s the last chemical structure I will make you look at today. But that top right section makes all the difference. Caffeine is similar enough to adenosine to plug the ports that adenosine occupies to make us sleepy. But it is not similar enough to make us sleepy on its own. Essentially, caffeine blocks adenosine from making me feel tired. As a result, I sip and feel as though I did not stay up to do a lab report last night.

Unfortunately, as I mentioned above, the body likes to use adenosine in a fair amount of places. Places like the heart. And just like that, we have circled back to my imminent death (1). 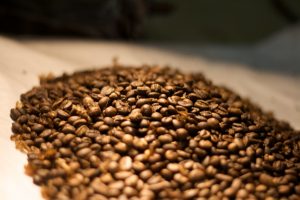 Will you be the end of me? (source)

Adenosine helps in a pathway that contributes to smooth contraction of muscles. Some would say this is important – I’m inclined to agree. Fortunately, in many studies, caffeine alone has been shown to cause a limited increase in “cardiovascular events” (think heart attacks) in healthy individuals. I don’t drink energy drinks with additives which exacerbate the impacts on muscle contraction (looking at you guarana), so I’m probably alright. Other health considerations like blood pressure aren’t really an issue for me. So we are back to me not dying. Which is where I like it and will leave it in terms of health considerations (1).

But not killing me doesn’t explain why I love it. O-chem definitely didn’t kill me, but I’m still not a fan.

Comedically, studying caffeine intake has become pretty difficult, as the gospel of coffee has spread to an increasingly sleep-deprived world. With 80% of the population consuming it, scientists are struggling to find individuals who are not regular users. This creates some rather hilarious conflicts in research. For example, many studies suggest caffeine improves recall and attention. These studies have been challenged on the basis that the mechanism may have less to do with caffeine improving a test subject’s performance and more to do with simply returning them to normal (removing the effect of withdrawal). It’s possible that rather than making me smarter, at this point, it just makes me less dumb. So a brain boost doesn’t give us our answer (1).

Plus caffeine probably increases my anxiety. So it may not increase my brain power beyond where it was before I started regularly drinking it, and it doesn’t make me feel a whole lot better. So why do I even drink it (2)?

Well, two scientific factors explain this phenomena. The first explanation is that I like feeling alert. Being sleepy sucks. I like not being sleepy. Ergo, coffee.

The second explanation is that withdrawal sucks. Also true. I, like most people, do not like grogginess mixed with a nasty headache. So, once again, coffee. Personally, I also like how it tastes. Unfortunately, this last reason is not super great as far as scientific reasons go (2).

I’m going to keep drinking coffee though. I like it and it makes me happy; plus my tolerance (either from genetics or years of intake) seems pretty good. And for a slightly better excuse, it probably defends against Parkinsons and Alzheimers for reasons scientists are still working out. So if you need to defend your mutual addiction, there you go. Just tell people you are protecting your brain. However, I encourage you to keep consumption on the low end. You only need about two cups a day to get these benefits, but more might promote unwanted health effects. Also, having done the research, let’s keep the energy drinks to a minimum this upcoming quarter. Combinations of active ingredients that hit the cardiovascular system in all sorts of special ways probably need more study before we can say if they’re safe (1).

But with that, we’ve reached the end of my summary. Hopefully, my contribution to the great body of caffeine literature can stand out. Be safe, and always remember: moderation. Dosage considerations are difficult because tolerance can be so individual. Good luck with the quarter everybody. And if you liked this, click down at the bottom to get an email when new Saltman Quarterly stuff goes up. Otherwise, I’ll be back in a few weeks.