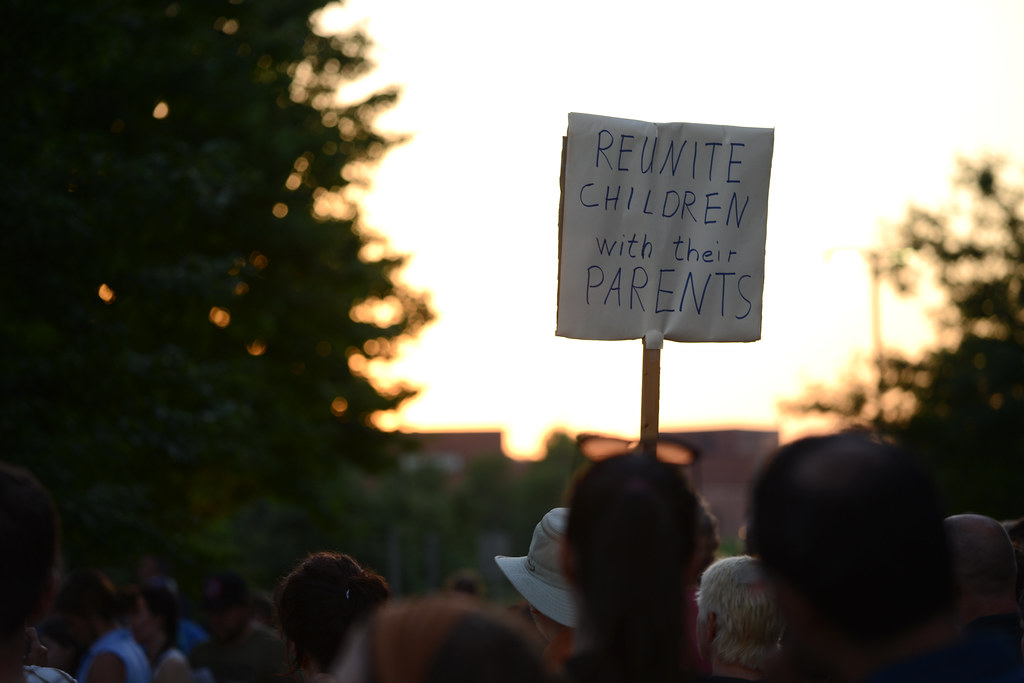 To be uprooted from your home and forced to flee is incredibly destabilizing. To then request asylum, and instead have your family ripped apart, is undeniably traumatic. President Trump has made an executive order to end family separation at detainment facilities at the U.S.-Mexico border, and people around the nation are making efforts to reunite families. However, much damage has already been caused by these painful separations, and the executive order does little to address the long-term problems already brewing.

As part of the “zero-tolerance” policy for illegal immigration, everyone, including families, is prosecuted upon crossing the border. All families are separated, and parents and children are sent to isolated detainment camps where they have limited access to basic needs. Testimonies from parents and government officials reveal a harrowing experience:

“[My son] is not the same since we were reunited. I thought that, because he is so young he would not be traumatized by this experience, but he does not separate from me. He cries when he does not see me. That behavior is not normal.”

“The guards would wake all the girls up at 4 a.m. to count them by kicking on their mats. … ‘G’ cried when she told me she kept hoping her mother would show up to take her out of that horrible place, but that never happened.”

“They told me to sign a consent form to take my daughter, but that it did not matter whether or not I signed, because they were going to take her either way.”

“My thoughts run in circles, and I feel as though I am going to lose my mind. I need to see my family and take care of them.”

President Trump explicitly stated that the United States “will not be a migrant camp and it will not be a refugee holding facility.” Attorney General Jeff Sessions confirmed that this policy of family separation was meant as a deterrent to those looking to cross the border illegally.

As more and more information emerged about the detainment and prosecution processes, public response intensified from indignation to uproar. Americans from diverse backgrounds spoke out on the news, campaigned on social media, and protested on the streets. Protesters demanded an immediate end to the separation policy and that families be reunited expediently. Activists appealed to people’s, and particularly policymakers’, humanity, rallying public pressure to promote regulations that would prevent future separations and raising funds to reunite separated families.

One particularly powerful, highly-circulated response was that of the American Psychological Association (APA). They released an open letter to President Trump, Attorney General Jeff Sessions, and Secretary of Homeland Security Kirstjen Nielsen discussing the mental health impact on both children and parents. In their statement, they referenced decades of psychology research to discuss the short and long-term effects of separation trauma. Pulling information from multiple journals, they showed that family separation has consistently resulted in mental health issues, including, but not limited to, reversal of development in children, guilt and insecurity in parents, and emotional trauma, anxiety, depression, and suicidal tendencies for all involved. An especially moving and saddening story included in the letter was that of the Honduran man who took his own life this year in a U.S. detention camp after being separated from his son. The letter ends with a call-to-action, saying that this information cannot be ignored and that our immigration policies need to be changed drastically and promptly.

[APA Open Letter to the President]

The APA’s response provided “proof,” in a sense, as to why the consequences of family separation cannot be written off as insignificant or hearsay. Years of data show how tangibly traumatic this separation is for a person and a community. Though this letter alone may not have changed minds that were already made up one way or another, it has provided a voice of logic and reason in a primarily emotion-based political environment, with fear driving policy and frustration driving backlash. It is particularly important to notice that this is a purely scientific community reaching out, even overstepping its bounds in a sense, to use what it knows to help address a social problem. It is important to do research, have the work published in a scientific journal, and share it with other scientists, but it is equally as important to remember the purpose of the research.

If an aim of research is to improve the human condition, then the APA’s letter is a shining example of how important scientists’ voices can be in guiding policy to promote the welfare of people even outside the scientific community.

As we continue to move forward as a nation, it is refreshing to hear the voices of scientists alongside those of government officials, public leaders, and social media powerhouses, pushing for better policy and protecting our people. Though the administration and border agencies are now working to restore families, it is clear that we will need long-term solutions and extended care to fix the deeper problems with both the creation and the aftereffects of these kinds of policies. There are already further complications with the family restorations, often due to insufficient information being collected at the time of separation, making reconnecting parents and children even more difficult. Continuing efforts are needed to help families reunite and recover from the trauma of separation imposed by the U.S. government, as well as to prevent similar suffering from repeating itself in the future.