A is for Alien, B is for Bees

Bees! Bees! I’m not talking about my grades … Anyone hear about the truck full of bees that crashed? The driver was not injured, but everyone 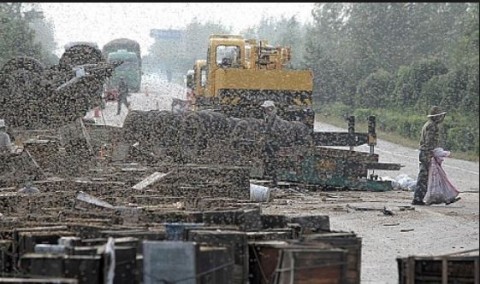 else got stung. So, let’s talk about the birds and the bees with Alien and Aliens. The creatively named monster was inspired by Surrealist artist HR Geiger, featured in Ridley Scott’s Alien, and expanded on in James Cameron’s Aliens; this particular alien was made to be a sort of parasitic space bee/ant thing. How is it a space bee, you ask?

Besides being insect-like, the alien or xenomorph (both dumb names) has a formidable weapon in its big tail tipped with a stinger. This stinger, similar to bees’, contains some sort of poison that helps incapacitate its foes. Those stung by bees know it hurts, but for some people, the venom injected by stingers can be life-threatening. The main component for pain is melittin, which triggers pain receptors by inhibiting protein kinase C, which is used throughout the body. The inhibition interferes with neural signaling. What causes the allergic reaction, however, is the release of histamine and other biologically active substances from antibodies combined with various venom components. This causes a drop in blood pressure and fluid buildup in the lungs. This is called anaphylaxis, which can be deadly but can be prevented by epinephrine (adrenalin) injection in an emergency. If some big alien bug is stabbing you with its poison-coated stinger, I suppose allergic reaction is less of a concern.

In Aliens, we see a population of aliens (dumb name), which begins to show characteristics of a hive species. 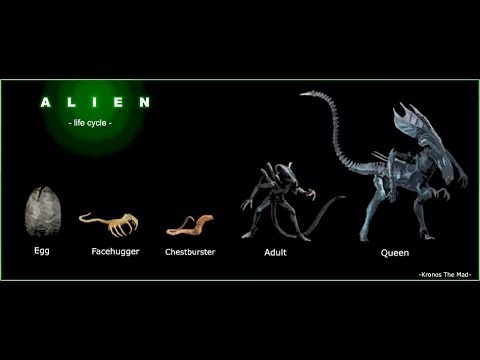 The xenomorph queen (dumb name) is the matriarch of the screeching alien horde and performs a role similar to that of a queen bee. Presumably, the alien queen similarly controls the hive through pheromones. Pheromones have been intensively studied, showing effects on social behavior, maintenance, and control of the hive. Essentially, the chemicals secreted by the queen are a complex language, but how can simple chemicals manage that? The signals are made specific in function by fluctuations timed to cause certain behaviors or affect physiological characteristics of the recipients. The queen releases pheromones to attract workers and drones, but there seem to be more chemicals involved, which need further investigation.

Of course, the most iconic moment in the series is the alien larva bursting out of the chest of an unsuspecting character, which bumblebees tend not to do. They don’t, but nasty wasps do. Now, I don’t like spiders, but not even they deserve this. Wasps of the family Pompilidae reproduce by paralyzing a tarantula and laying their eggs in it. While the tarantula still lives, the larva gestates as it eats its way around the internal organs of the unfortunate host. Finally, it emerges from the spider’s abdomen and continues the life cycle. 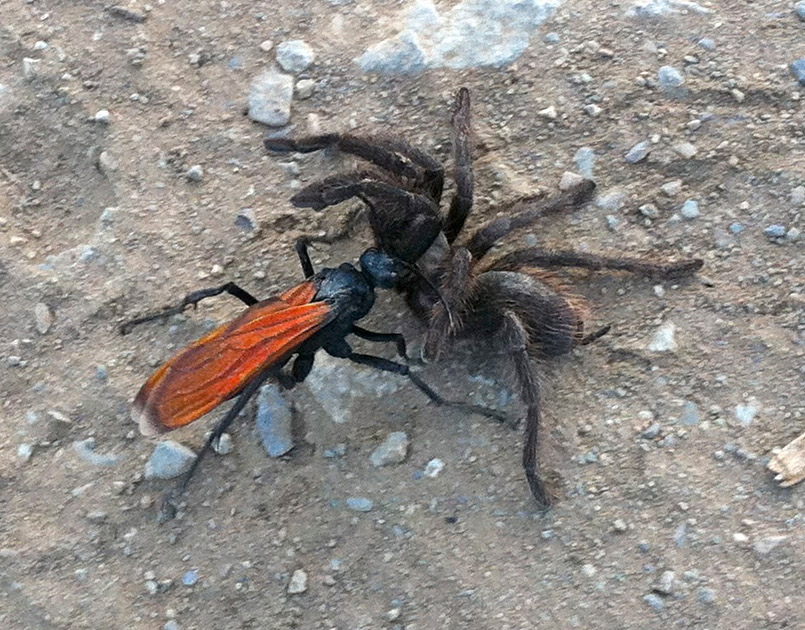 Ranked 7th-best science fiction movie, 33rd-greatest film of all time, and preserved in the Library of Congress, this movie is a must-see (assuming you can forgive the 1970s level of technology), though I must say it’s not for the faint of heart; I know some people who’d rather get stung by a bee than see this horror movie.