For Your Perfect Mornings: A Cup of Tea

Nothing starts your day off better than a steaming cup of Earl Grey. 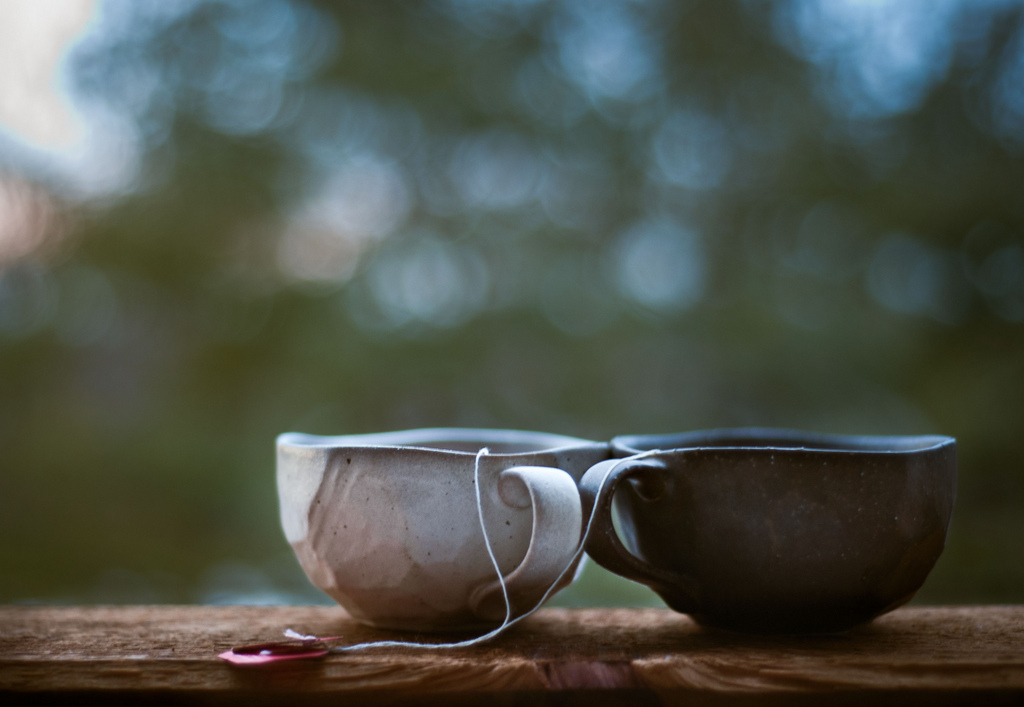 Imagine being rudely woken up by your inconsiderate cell phone alarm at 6:45 a.m. in the middle of the quarter. You lie back on your cozy college bunk and think to yourself, “Gosh, I really wish I didn’t have that 8 a.m. class,” and then you reluctantly (and with great difficulty) climb down the ladder totally unprepared to face another exhausting day. Well, my friend, I think it’s time you grab some breakfast tea. You’ll probably feel a lot more willing to take on the day. Why? Let’s figure it out together.

The Washington Post suggests that tea is not only the world’s second-most-consumed beverage after water¹ (Surprise! It’s more trendy than peppermint mocha lattes) but also becoming increasingly popular as our Starbucks-addicted nation begins to learn more about the pleasures and health benefits of drinking tea. For the past three decades, scientists have dedicated research to figuring out the science behind tea.

There are countless varieties of tea, among which the most common and popular are black tea, green

tea, oolong tea, and herbal tea. According to the United States Department of Agriculture, Camellia sinensis, a plant with white flowers, is the source of all non-herbal teas. Manufacturers process C. sinensis leaves three different ways to produce the three major classes of tea: black, green, and oolong.² Different levels of fermentation decide which brew the tea will ultimately become. It’s quite amazing how versatile this plant is to be able to produce so many major classes of tea.

What are the exact benefits of drinking tea, and what qualities (other than the level of fermentation) make the different brews distinct and useful? Surprisingly, even experts don’t know exactly what combinations of chemicals in tea produce which benefits, and these questions trigger much speculation.³ The scientific community acknowledges, however, that tea’s beneficial health effects are thought to stem from the chemical compounds known as tea polyphenols and flavonoids, plant compounds with antioxidant properties. 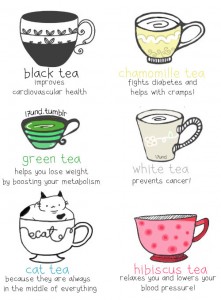 Let me give you a list of the three most prevalent tea categories and attempt to answer the questions we all want better understand:

One of the most caffeinated teas, black tea contains potent polysaccharides (carbohydrates that slow blood sugar absorption) that help battle and prevent diabetes. Also, it is said that three cups of black tea per day can decrease the chance of cardiovascular problems by 11 percent, reducing the risk of strokes and heart attacks.

According to Medical News Today, green tea is made from unoxidized leaves and is one of the less processed types of tea and therefore contains some of the best antioxidants and beneficial polyphenols which are crucial to the prevention of cancer and heart disease. It’s also commonly used as a weight loss supplement; however, there is little evidence that it produces significant results.

A most beloved tea type, herbal teas are the only category of this beverage that does not have roots in 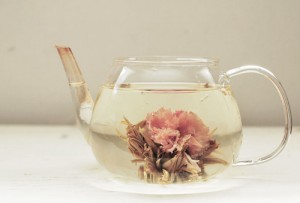 the Camellia sinensis plant. Herbal teas are drinks made from the infusion of herbs/spices/plants in hot water, some popular examples are peppermint, chamomile, ginger, rooibos, and lemon balm tea. Consequently, the chemical activities in different blends produce unique favors and may not only give pleasure in taste, but can also serve medical purposes. For example, chamomile tea has long been used for treating cramps and colds due to its calming and anti-inflammatory nature, peppermint tea treats nausea and can reduce bloating and muscle ache, and rooibos tea can help with mild depression, irritability, and headaches. A list of herbal teas and benefits can be found here.

Finally (prepare to have your mind blown), I’d like to give you a tip for the perfect cup of tea: steeping temperatures and times in the picture below. Also, all you tea lovers out there, check out Buzzfeed’s “21 GIFs for Tea Lovers”. 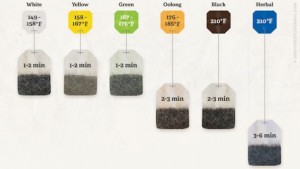