See what I did there? The title is the complementary strand of Gattaca; did you get it? Well, it’s been a couple weeks since my last blog, so I’ve had time to binge-watch a few bio movies for this blog.

Starting off, we have the biopunk thriller Gattaca. With clunky computers that can instantly determine genetic sequences from a drop of blood, they’ve managed to make genetic discrimination a science. Historically, we’ve seen discrimination based on pseudoscience prior to World War II in the US and later in Nazi Germany. Cultivated in California, eugenics fueled movements for strict immigration laws and anti-miscegenation laws on the assumption that the Western Europeans in America had superior genes based solely on race. As history has shown, discriminating based on genetic probabilities is bad, and ultimately that’s the moral of Gattaca. While the movie does mention that genetic discrimination is forbidden, the main character, Vincent, notes that genotypic profiling is 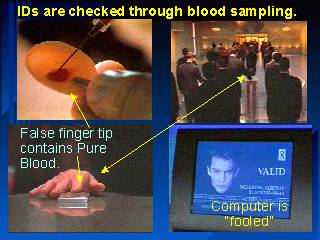 Interestingly enough, I initially thought that the cost of sequencing the entire genome of a person costs a fair amount of money, but the National Human Genome Research Institute found the data actually curves downward away from Moore’s Law’s predictions of decreased cost and increased ability of technology over time! The current cost per genome is less than $10,000. While it is still unrealistic to expect dozens of turnstiles to recognize hundreds of employees, the cost has dropped significantly since 2001’s $100-million price tag.

Now for something I’ve always been curious about (and the explanation is not too complicated). The employees of Gattaca Aerospace Corporation were always pricking their fingers in order to get a drop of blood for genomic sequencing, but my brother, a diabetic, can attest that pricking the same spot every day stops working after a while. Repeated stabbing of the same point on your finger (or elsewhere) causes the formation of a callus, or a thickening and hardening of an area of skin. The buildup of differentiated keratinocytes composing the callus are resistant to further irritation due to networks of cross-linked proteins and keratin intermediates.

Also concerning the constant finger pricks: who would think it’s a good idea to have an entire employee workforce run around with bleeding fingers at the start of the day? Cleanliness aside, ouch! But stick any amount of DNA into their scanners and the result is obvious: 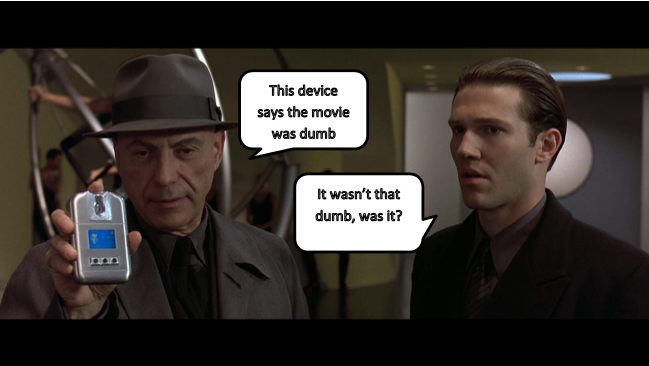