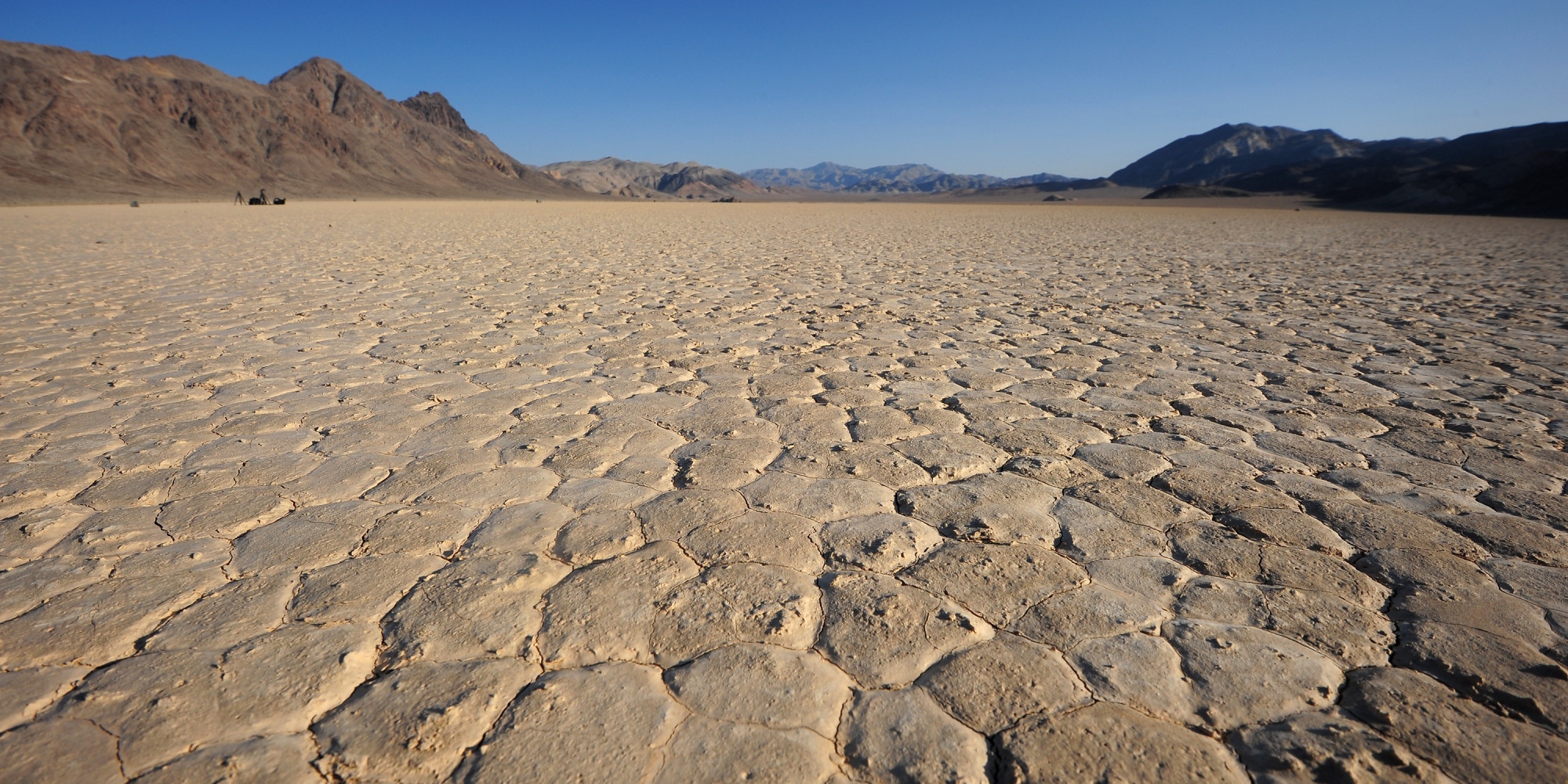 ‘Twas the night of Halloween, and most of you were out celebrating, but beware! As you and your friends walked out of Denny’s at 2 a.m., drops of chilliness sprinkling down from the sky and onto your last-minute minimalist fairy costume. You thought to yourself, what is this madness? Dear friends, the skies had mercy on California — you just encountered rain.

According to the U.S. Drought Monitor, two thirds of California has been experiencing 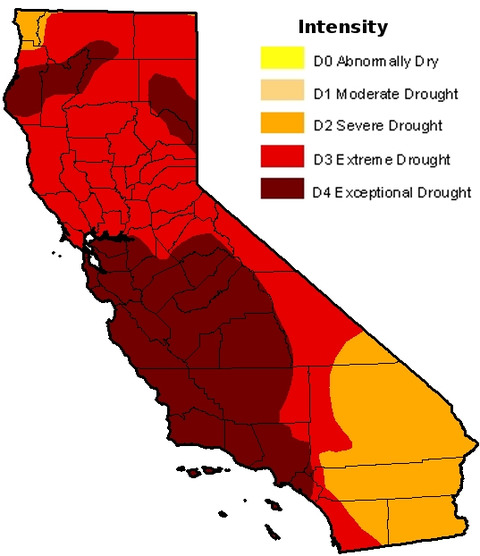 extreme or even exceptional drought over the past couple of years. The map on the right depicts drought severity in June of 2014. California has broken its “Driest Year of History” record every single year since the beginning of the 21st century. Why is that? What is the science behind this intense phenomenon? If California is one of the biggest agriculture centers in the world and ranks first among the states for total agricultural production, how does the drought impact California’s food production and the world beyond? How do we cope?

A multitude of factors affect the severity of California’s drought. Researchers at Stanford University suggest that human-caused climate change has a great deal to do with California’s affliction¹. However, man-made disasters are not the only reason California faces this plight; nature dictates that because the last century was the wettest of the millenium, this century is doomed to be the driest. National Geographic observed that the 20th century was so wet that it enabled Americans to build an incredible civilization in the desert², but that time of abundant rainfall is over, and there is no longer enough water to support the demands of the institutions that were established in the past hundred years.

The impact of the drought extends beyond California — it actually has a lot to do with the rest of the world. As the eighth largest economic entity in the world, California produces a 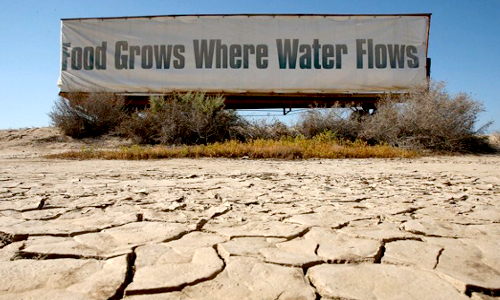 majority of America’s fruits, vegetables and nuts³ (some are exclusively cultivated in California): 99 percent of artichokes, 99 percent of walnuts, 97 percent of plums, 95 percent of garlic, 89 percent of cauliflower, the list goes on and on … Nowhere else in the U.S. produces food like California does, and due to the drought, food production cannot be expected to remain as bountiful as before. As a result, the price of food is expected to increase. Dr. Timothy Richards, a professor of agribusiness at Arizona State University, came up with a list of predicted food price increases in the near future, to give you some idea, here are a few examples he gave:

It is estimated that California has stored 20 years’ worth of fresh water for future use, but that was an estimate before the severity of the drought became so painfully apparent. As college students, we carry the weight of the future on our shoulders. We need to know that California’s conditions are so bad that the State Water Project does not allow the Metropolitan Water District of Southern California to take water from rivers and lakes roughly 500 miles to the north⁵ for fear of further lowering reservoirs’ water levels. The Colorado River, which California heavily relies on, is also being overtaxed. 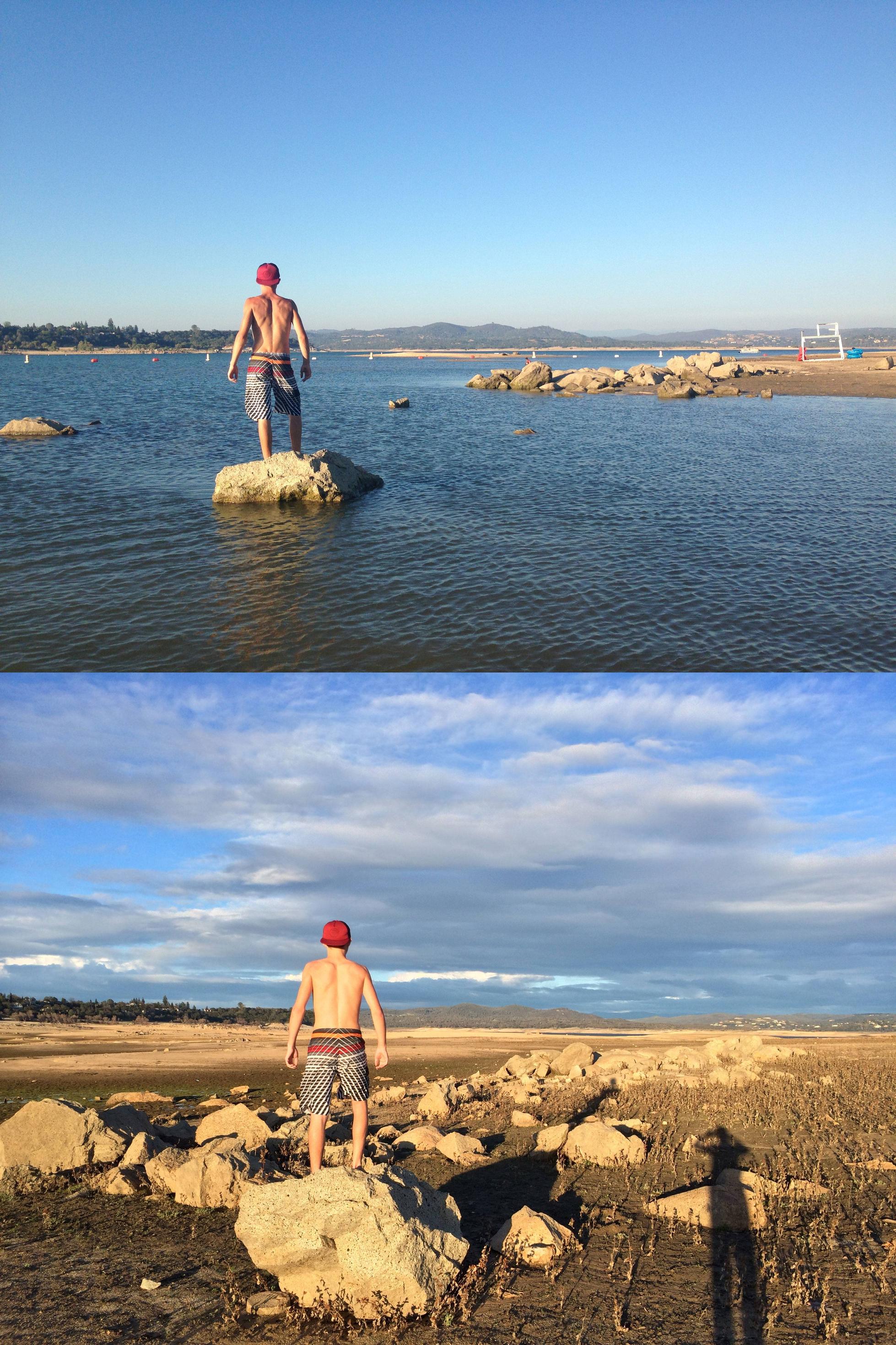 How long are your showers? At what time of the day do your parents water the lawn? Do you turn off the faucet when you are applying soap? Do you care about this drought? I, for one, would like to see families replacing their leaking faucets and stop using the toilet as a waste basket (doing so waste up to 5 gallons per flush). So much of our population choose to remain oblivious to this devastating situation, take a look at this before-and-after picture of a man standing on the same rock, this is our reality. When will California run out of water? Will we be able to live the same lives 20 years from now? How will America’s 316.4 million people cope with the tremendous decrease in California’s food production? These are the issues that we as college students should begin to be aware of and take actions toward, it is time for us to care.