I hope you all had a nice Valentine’s Day. It’s peak flu season, and both of my roommates are sick. I’m likely to get sick as well, so this past weekend I stayed inside and watched a couple of disease movies, starting with 28 Days Later.

Now, I know what you’re thinking: “Lexie, you already did a zombie movie. You can’t do another!” Let’s clear something up: there’s a difference between a zombie and an “infected.” Though this argument sounded juvenile when my roommate and I were walking back from ochem, the distinction is important. A zombie is what I talked about for World War Z, but an “infected” is a sick person. Rather than being crippled mentally and consumed with a desire for flesh, an infected person, as I understand, is crazy with rage, fear, confusion, etc. but is mostly physically capable. Two different scenarios lead to the infected shown in 28 Days Later: prions and the rabies virus.

Rabies is a virus of the Lyssavirus genus that affects the central nervous system. Domestic pets 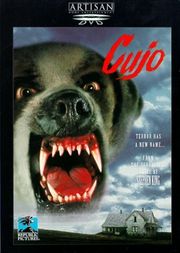 as well as wild animals, such as skunks, raccoons, and bats, are potential carriers. If one of these animals (Cujo) were to bite or scratch a human, they would get the virus. Thankfully, we have a vaccine which can be administered until symptoms start showing; much later than that, you die. There are two basic types of rabies: furious rabies (that’d be our infected) and paralytic rabies. Furious rabies is noticeable because of alternating episodes of very active and unusually aggressive behavior, such as thrashing out, and hallucinations and delusions. Paralytic rabies is less common and is characterized by muscle weakness leading to paralysis. In either case, coma and death by heart or lung failure is the usual end for the infected individual.

Prion disease is a group of conditions that affect the nervous system in humans and other animals; a very common one is mad cow disease. 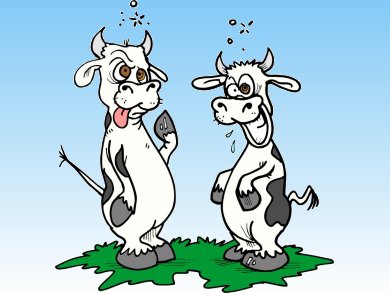 It affects the nervous system by impairing brain function and causes changes in memory, personality, and behavior. 10 to 15 percent of cases are caused by mutations in the PRNP gene and are classified as familial. The PRNP gene codes for a protein called prion protein (PrPC) that has roles in the transport of copper into cells, protection of brain cells, and neuronal communication. This protein can also be acquired through the ingestion of meat that contains the misfolded protein; the PrPSc protein then binds to the normal protein and forms clumps that damage neurons. Famously, the kuru prion disease was documented in the cannibalistic South Fore population in Papua New Guinea (no, they weren’t zombies).

So the possible diseases of our infected friends from 28 Days Later are unlikely to spread from classmates in crowded lecture halls. That said, cover your cough! Peak flu season and midterm season? It’s rough for students at UC San Diego, but don’t resort to cannibalism. Just order pizza!