I went to Disneyland last weekend! I went up to UCLA to see my girlfriend, and I took her to California Adventure (I consider it Disneyland). Of 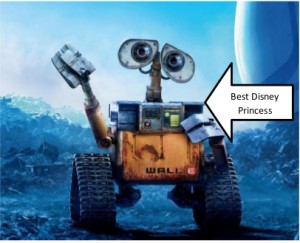 course, with all those little germ bags called children, I got sick, but I’ll whine about that next week when I review some disease movie or something. Yeah, Didneyland! By the way, I rewatched Wall·E, so that’s what we’re talking about.

First off, I really liked Wall·E: the way that it makes not-so-subtle points about consumerism, climate change, the need to take charge of your life, the effects of space travel on the human body and old-timey music. I think these really big messages are what make Wall·E one of the best Pixar/Disney movies.

Whether it’s a natural occurrence or one driven by industrial emissions, climate change is undeniably happening. I’ll paraphrase what Neil deGrasse Tyson said in Cosmos: climate is the long-term average weather. Short-term fluctuations are weather, but they follow a predictable pattern, which is climate. Climate is determined by the composition of the atmosphere, and we are dumping literally billions of tons of carbon into the atmosphere. Does anyone really think that won’t have an effect on climate?

Related to our emissions, I believe, is the developed world’s consumerism. When you shop, The way your brain treats buying things is very similar to addiction. You buy something, so your brain gives you dopamine; you feel great about yourself, so you buy more. That’s addictive behavior if I’ve ever seen it, and to top it off, special days of the year are dedicated to shopping (like other days dedicated to addictive behavior). Read more about Black Friday here.

OK, I said last week that I really like dinosaurs, right? The other thing I really like is space stuff, so the idea of a human space-faring civilization really appealed to me (no matter how fat we got). The two things that stood out to me are the issue of muscular atrophy and fat buildup from lack of exercise in space and the need for some means of hibernation during space travel.

Basically, muscle atrophy occurs when there’s a change in the balance between protein 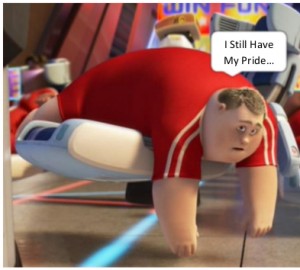 synthesis and degradation. Obviously, for muscular atrophy, we’re going to have a decrease in protein synthesis and an increase in protein degradation. In the wonderful world of Didney, the sedentary lifestyle of the residents of the Axiom results in their muscles atrophying and fat building up. Realistically, it is unlikely that they would have been able to walk by themselves aboard the ship, let alone on Earth’s surface under normal gravity.

In order to prevent this during long voyages, any science fiction movie will tell you to step in a big freezer. NASA, however, thought up a way to induce deep sleep states (torpor) to reduce metabolic activity to avoid the very difficult technical challenges of cryogenics. Whether it’s becoming a human popsicle or taking a serious power nap, I would be very excited to go exploring through space.

Boldly going where no man has gone before, it is this curiosity of seeing the universe with one’s own eyes that leads the captain of the Axiom to disregard his orders and return to Earth rather than remain in comfort and safety. I believe that this curiosity-driven exploration of the world around us that has lead to progress, and, so long as that curiosity never dies, we will not be condemned to the future that is Wall·E.

Ok, enough with the curiosity, I just want to go to space. 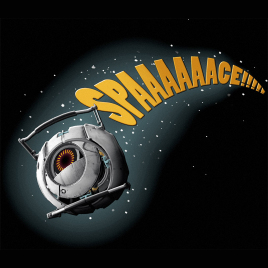