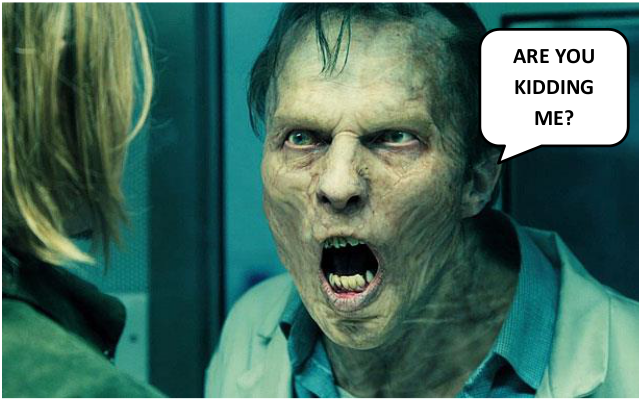 Alright, I guess I need to say it again. I’m focusing on the MOVIE adaptations of whatever I’m writing about. Yes, I read this book; it was awesome. Yes, I saw this movie; it was terrible. Whoops, I guess you already know my opinion. Rather than talk about how the elements of this movie differed from the source material or how this is the one movie with Brad Pitt I didn’t like, I’m going to talk about zombies in general. One thing though — the zombies weren’t supposed to be able to run!

Ok, serious now… or as serious as I’ll write for this blog. Zombies, in the way we are familiar, come from Haitian rural folklore with possible roots in various African cultures. These zombies are controlled by witches or some other sort of voodoo practitioner, but the concept of a zombie is probably metaphoric of a history of slavery. Often these zombies are controlled by some sort of powder inducing a sort of near-death state. (Finally, taking LTWL 87: Zombies: An Unnatural History pays off!) 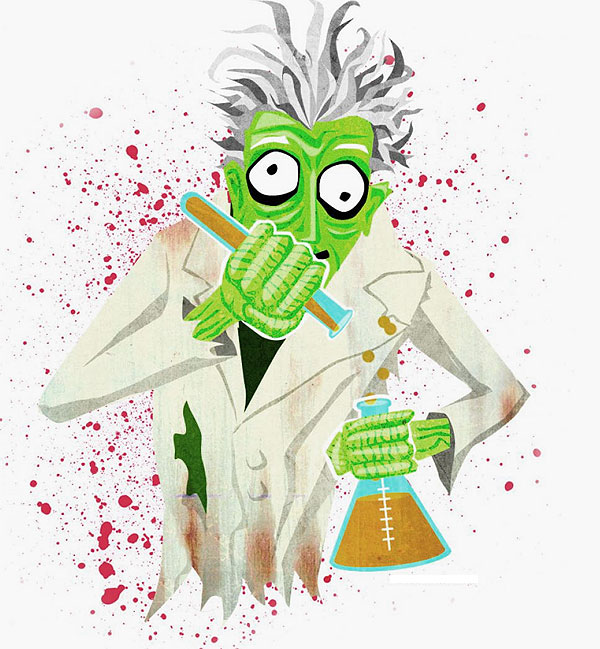 My literature notes aside, I’m a biologist not a sociologist, so Wade can take over. In The Serpent and the Rainbow, Wade Davis, a Canadian anthropologist and ethnobotanist from Harvard, suggests that the powders referred to could be some mixture based around a neurotoxin affecting sodium channels in the brain called TTX, but his claims have been criticized over the years. Someone had to be taking it seriously, for the 1864 Haitian criminal code in article 246 (also used as promotion for White Zombie) states:

“Also shall be qualified as attempted murder the employment which may be made by any person of substances which, without causing actual death, produce a lethargic coma more or less prolonged. If, after the administering of such substances, the person has been buried, the act shall be considered murder no matter what result follows.”

Too spooky for me, let’s talk about some real life zombies now. Ophiocordyceps and Cordyceps, a pair of genera of fungus, is capable of infecting creepy crawlies for 50% more creepy and 50% less crawly. In order to reproduce, these fungiinfect anything gross from ants to spiders; these arthropods then mindlessly seek out open, raised areas in order to burst through the new zombie’s exoskeleton and release spores to make even more creepy crawly zombies (sounds like an iOS game).

Infecting and killing off those horrid spiders? Sounds good to me, but let’s look at a microscopic zombie. Apparently, cancer cells can ‘infect’ normal neighbors now. When cancer cells exocytose their vesicles full of proteins, DNA, and RNA, neighboring cells can pick these vesicles up and become cancerous themselves. While this is all very new information, using exosomes (the vesicles released by the cells) as a way to detect and manage cancer could be promising.