The brain is comparable to a highway system: There are multiple pathways made up of brain cells called neurons that lead to different regions of the brain, with many different ways to reach each destination. Memory consolidation occurs through many complex processes in multiple parts of the brain, which involve electrical signals fired by neurons across a variety of pathways. One destination of these signals is a section of the brain called the hippocampus (see image). The hippocampus is a seahorse-shaped region near the center of the brain. The hippocampus is active during the formation and retrieval of memories, and it is also responsible for associating certain scents and images with specific memories. Should any sort of damage occur, the entire pathway will shut down. Unlike a highway system, though, there are few detours for memory in the brain. Once a memory pathway in the brain shuts down, the brain does not have any way to repair the damage and new memories become difficult to form. Current researchers, however, are looking for a way to restore these damaged memory circuits. This means that lost memories could be recovered by simply implanting a thin, battery-sized device into the brain. However, the creation of such a device will require challenging research, and it may have heavy side effects and incite moral controversy. 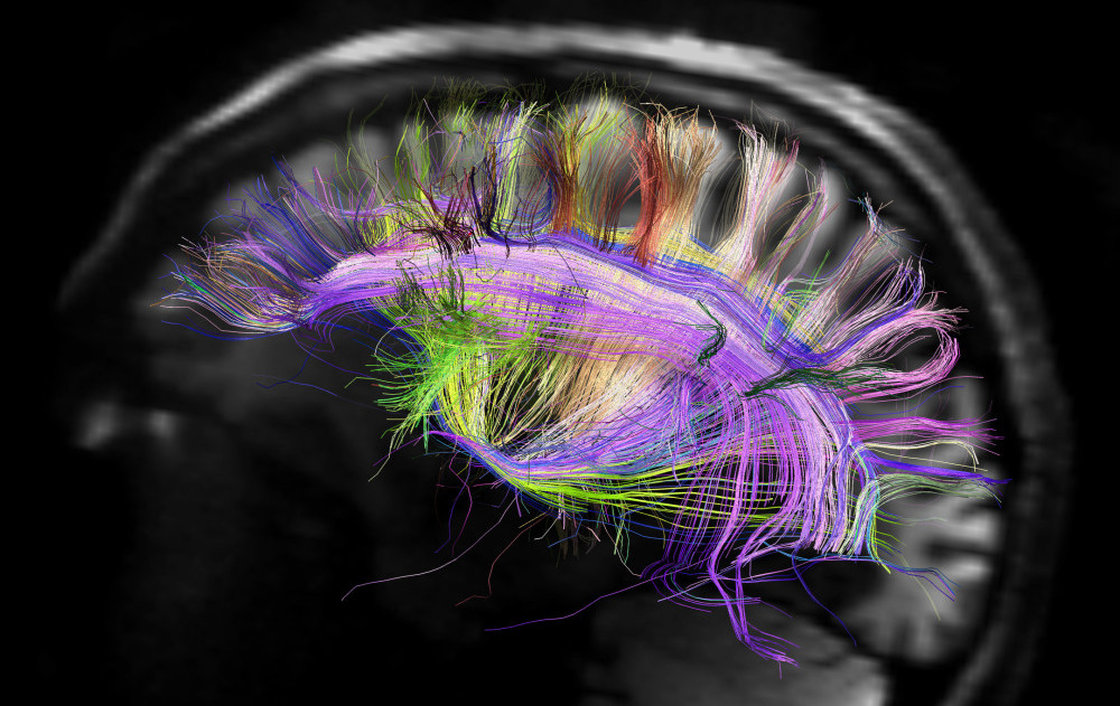 Within the brain, there are various pathways (lit up in this picture) that carry information from one section to another. The section involved in memory is called the hippocampus and is located in the center of the brain toward the bottom.

There are two very broad types of memory: declarative memory and procedural memory. Declarative memory involves experiences and facts, such as remembering your high school graduation, whereas procedural memory involves the knowledge of processes, such as riding a bike or making a pot of coffee. The hippocampus is only imperative to declarative memory. The implant would restore the brain circuits involved in declarative memory. Essentially, the chip would have two wires that attach to neurons to stimulate them electrically and, as a result, make the pathway functional again so that memories could travel to and be processed by the hippocampus (see diagram). Similar technology is already in use for different parts of the brain, namely the motor and speech cortex, where neuronal firing patterns are better understood. Possible side effects of the device are still unknown, but the possibility of personality alteration or emotional stability shift is being discussed. The actual intensity and likelihood of these side effects is also unknown. However, the contractors and scientists have decided that the risk is worth the potential gain.

A neuron is a cell that carries information through pathways in the brain. The memory device would send electrical signals to the receiving ends of the brain cell, also known as the dendrites, to essentially jumpstart the cell and, ultimately, the entire pathway so that lost memories can be recalled.

Funding for research and production of this chip has been provided by the Department of Defense. The department has allocated a four-year, $40-million grant to the University of California, Los Angeles, the University of Pennsylvania and Lawrence Livermore Laboratories. Researchers from each lab will gather data from subjects with memories affected by epilepsy. The subjects will play memory games and scientists will record which neurons are working, or firing electrical signals, during the process. After many rounds of different subjects and various memory tests, scientists should be able to pinpoint exactly which pathways and neurons are involved in declarative memory. The device will be wired to these neurons to stimulate them and restore their pathways. What is challenging about this research is that scientists will have to gain a very specific understanding of how the hippocampus stores memory, which has been a pressing question for many years already. Furthermore, researchers may have to understand how exactly the information travels, beyond the fact that it is through electrical signals from one neuron to the next. It is known that memories occur in the cortex which is widespread at the top of the brain, and that the hippocampus fires signals that makeup memories throughout the cortex while learning and sleeping. Identifying the exact neural pathways that fire during memory consolidation may not be enough to fully recover the lost memories.

The Department of Defense intends for the device to be first and foremost for service workers who have suffered from Traumatic Brain Injury (TBI). TBI occurs when the brain experiences enough force to cause severe damage, which is a common occurrence for those serving in the military. Although the device is being created specifically for military service members suffering from TBI, since TBI often results in memory loss, it may be used in the future for anyone with memory loss. Furthermore, it may be used to enhance the memories of individuals without brain damage.

The creation of a device such as this one has great potential to enhance anyone’s quality of life. A potential issue is who gets to reap the benefits. It makes sense that military service workers with TBI should get priority for this device because funding is coming from the Department of Defense. Beyond that, it would also be a good treatment option for other individuals with TBI. The tricky part is making it available to individuals without any brain injury at all, which is a possibility definitely being discussed and considered. This would mean that those who have the resources and desire to have the chip implanted would have an advantage in the workplace and in the classroom, which may become controversial because many people will not want to compete with this type of artificial intelligence for grades and job positions. Thus, limiting the chip to those with TBI may be the most moral decision, but it may not be the most financially beneficial option for the healthcare industry.

The idea of a brain implant to restore and potentially enhance memory is exciting, and the research going into it could open up many other possibilities for future neuroscience-related projects and treatments. However, there are definite challenges that will come with the research process and creation of the device. Should these challenges be dealt with, though, the chip will absolutely be a positive addition to modern medicine. Also, there is no doubt that the research being done will improve our understanding of the brain and thus propel neuroscience to new levels.