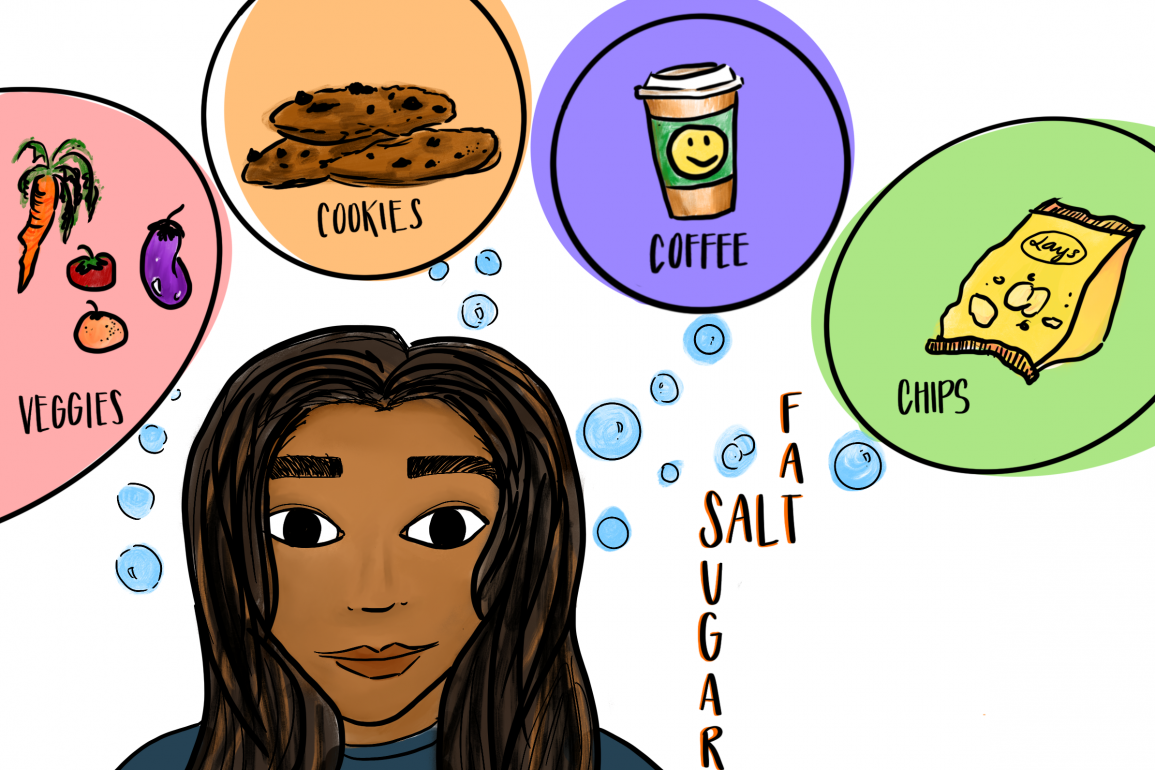 Whether you’ve been baking sourdough bread, whipping up some dalgona coffee, or working from your pantry this quarantine, it’s safe to say that we’ve all found ourselves spending a little more time in the kitchen than we are used to over the past few months. This, combined with the global disruption of the food supply chain, has many people thinking a little more intently about where their food actually comes from.

Currently, our food is a far cry from what it used to be hundreds of years ago. We no longer perceive tomatoes and potatoes as poisonous, and carrots now come in easy-to-nibble shapes within perfectly sized, brightly colored bags.

For much of our lives, we never question how food is made. We just eat it, and move on. Doritos are Doritos; mac & cheese is mac & cheese; and eggplants are eggplants (even if they don’t resemble an egg). However, when it comes to food, we don’t give enough credit to the industry and choose blissful ignorance over conscious awareness. Then, we open our mouths in false surprise when we see the exponential growth of diabetes, heart disease, and obesity. Before you ask, no, this is not a personal attack on you, my dear reader, it is just an observation of what we as a collective society are guilty of (myself included).

In Michael Moss’s book Salt, Sugar, Fat he writes an expose of sorts, in which he describes how meticulously the food we put into our mouths is engineered. From the kettle-cooked chips that accompany your sandwich, to the cookie you have with afternoon tea, scientists have spent years (even decades) doing rigorous mathematical tests and regression analyses to calculate the precise bliss point of customer satisfaction. The bliss point is that combination of salt, sugar, and fat that simply renders us—as Moss puts it— “unable to stop at just one”.

Have you ever thought about the mouthfeel of your last meal? Don’t worry, neither have I. But, scientists working at corporations ranging from Cargill to Nestle have taken advantage of the science of organic chemistry to “modify the shape of fat globules”, to effectively increase their absorption rate (Moss 20). This means that when you eat a chip, the fat is absorbed much quicker, increasing the dopamine response in the brain for finding such a calorically dense food source. Now, you may think that perhaps you’re immune to this engineering because you eat for “wellness” which means doing all your shopping at Sprouts or Trader Joe’s. Well, spoiler alert: the same tricks are used there too–with a little more refinement. The minimalist brand designs that allure you to the aspirational world of being “grain-free” or “vegan” (even when you don’t have a food allergy) cannot erase the fact that Pepsico is the manufacturer of your favorite trendy “health foods”.

Do I even need to tell you about the health implications at this point? Or would this article then become a personal matter? In an interview with Endocrinology Today, Moss explains the growing reliance on salt, sugar, and fat. Now more than ever, this trio has become ubiquitous in our food supply. Since when did bread need sugar? Why do cornflakes need salt? Moss discusses that these are used not only to get us hooked but also to help the food industry surpass its own shortcomings in making processed foods taste better than their natural forms. After all, without salt, Moss remarks, cornflakes would taste “metallic” and frozen waffles would be nothing short of “inedible”.

Unsurprisingly, doctors have weighed in on this health issue. In his landmark research article “The Hidden Dangers of Fast and Processed Food,” Dr. Joel Furhman laments the hazards of this engineered food, remarking that foods like oils, animal products, and sugars have an addictive quality that can act as both a mental and physical detriment.

Hold on. Addictive? Now we may joke about being “addicted to chocolate,” but a medical professional calling food “addictive” makes eating three times a day seem like a fairly risky behavior. It turns out that the notion of “food addiction” has been widely discussed among the scientific community since 1956, when Theron Randolph coined the term in response to the “addictive consumption” of “corn, wheat, coffee, milk, eggs, and potatoes.” This was one of the first notions that suggested that food could be addictive in a manner similar to that of drugs or alcohol.

We can safely assume that Randolph would be rolling in his grave if he caught a glimpse of your local grocery store, but is he being hyperbolic or do his claims have some weight to them?

Well, the science surrounding addictive behavior is tricky to say the least. There are plenty of criteria, including both endogenous (in our bodies) and exogenous (from our environment) factors, to classify something as truly addictive. Does it create dependency and withdrawal? What kind of neural pathways does it activate? Does it lead to significant social impairment or risky use? These are just some of the many questions scientists ask themselves when constructing the Diagnostic & Statistical Manual of Mental Illnesses (DSM). In answering these questions, behaviors like gambling have been medically classified as addictive, while shopping, gaming, and overeating have all been left out.

Why? What makes food so different? Well, there are several criteria to consider. The first is whether eating can be a substance based or behavioral based addiction. The former is commonly associated with drugs while the latter is associated with gambling and involves the action itself being much more neurochemically stimulating than any substance. While the jury is still out on this issue, there are several interesting findings that have stemmed from this ongoing debate.

The first is that eating closely parallels substance based addiction when highly palatable and refined foods are involved, specifically with the deadly combination of sugar and fat, as Michael Moss mentioned previously. This makes intuitive sense for two reasons. First off, no one is walking around with an addiction to apples or carrots (as far as we know) and secondly, no one shoves spoonfuls of sugar into their mouth due to their “sugar” addiction–instead they’ll pair sugar with fat and eat several donuts.

The second finding centers around isolating what food addiction is. As with any biological issues, there are genetic and hormonal components that come into play when discussing food addiction. It is also difficult to determine if food addiction is considered separate from eating disorders or a byproduct of obesity. In fact, some critics have claimed that binge eating is solely fueled by restrictive behaviors and a lack of food education, which undermines the idea that food addiction exists.

From an evolutionary and neurobiological perspective, this all makes sense. In fact, the neural circuitry in our brain that drives us to seek food for pleasure and survival operate together and respond in similar manners, making it difficult for us to distinguish between hedonistic and biological tendencies.

So what is the solution to this issue? Well, it’s complicated to say the least. On one hand, modern society has popularized the diet. Whether it’s keto, paleo, south beach, intermittent fasting, or pegan (yes, pegan), there are no shortage of diets (and related products or programs) to choose from nowadays, and there’s anecdotal evidence that all of them work! Though we may not be able to adhere to them for a long time, following a diet “works” because of caloric exclusion in some form, whether it’s cutting out a food group or regulating the window in which one is able to eat. This stems from the belief that as humans, we have come so far in food engineering that our biology cannot evolve to this highly palatable environment and needs to be kept in check by an external set of cues as opposed to internal biological cues.

On the other hand, some experts claim that our behavior toward food is simply a byproduct of our technologically addicted society that has forced us to become mindless in all of our behaviors–including eating. That’s why diets work: they force us to become more mindful and aware of what we put into our bodies, and without diets many of us tend to lose that awareness and end up reaching into an empty bucket of popcorn before the intro credits have finished rolling. Rules may work in the short term, but they cause catastrophic long term failure as the “forbidden fruit” effect causes us to become “addicted” to what was once restricted. Perhaps being aware of ourselves when we eat, understanding what basic macronutrients are, and paying attention to the fact that engineered foods are not nearly as satisfying or nutrient-rich as their wholefood counterparts can enable us to enjoy everything in moderation.

This kind of food education: one that reconciles our need for pleasure and nutrients is common in countries like France. In the United States, however, we choose a more consumerist approach to food. New diets come and go every year, and are accompanied by a slew of products, books, and false promises that leave people unhealthy and unhappy. Food deserts and government subsidies that make unhealthy food cheaper don’t exactly help. And sometimes we knowingly make poor choices in an attempt to alleviate stress somewhere else.

As lifestyle diseases have grown at unprecedented pace, diseases like COVID-19 have exacerbated the fatal effects of these comorbidities. Perhaps we as a society need to reconsider how we think of our personal agency. While our external environment bears some responsibility for this trend, we should avoid being the victims of corporate strategy. Of course food is engineered to be as tasty as possible, but that doesn’t mean we can’t learn how to trust ourselves.

Because food is not like alcohol or drugs in that we cannot practice complete abstinence from it, we need to learn how to adapt in a way that serves our physical health & psychological being. Simply knowing that processed food is designed to be addictive allows us to be more cognizant of how they make us feel and not engage in the mindless eating behaviors so characteristic of processed food. The development of this “food intuition” certainly takes time and conscious effort, but is associated with better mental health and long term weight management. In an environment where food is everywhere, developing more awareness around it seems to be the most sustainable way for us to adapt.