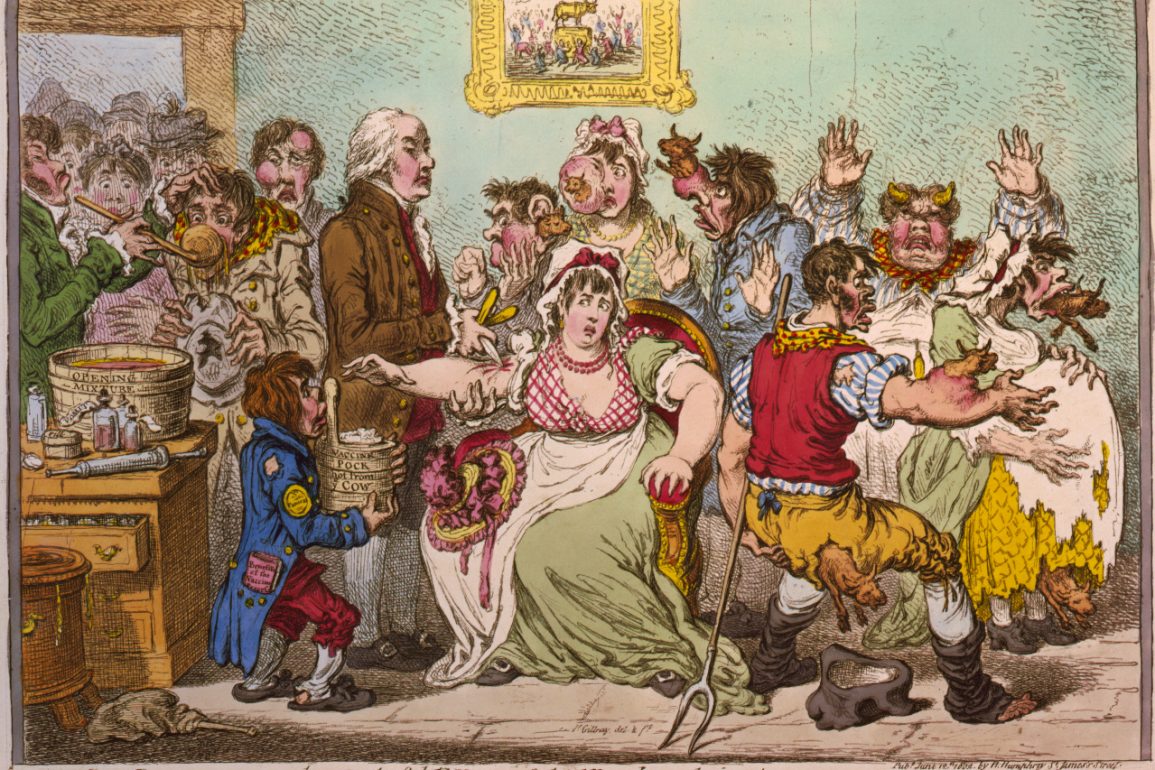 Though now eradicated, at its height smallpox was a dangerous, deadly disease. Part of what made smallpox so dangerous was the alarming rate at which it could spread to others—as an airborne disease, sneezing, coughing, and contact with infected bodily fluids all increased the risk. When inhaled, the smallpox virus first affects the lungs, then moves into the bloodstream. The virus then circulates and spreads to the intestines, kidneys, brain, and skin. Once at the skin, the smallpox virus causes a rash that later developed into vesicles, raised blisters, then finally pustules—pus-filled pimples. On average, only about seven out of ten afflicted people lived; even survivors were left with lasting marks and deformities on the skin. It is estimated that around 300 million people died of smallpox during the 20th century.

But thankfully, intrepid biologists (such as yourselves!) discovered a cure. The first instances of inoculating against smallpox are thought to have been introduced in the Ottoman Empire before 1714. The Ottomans had successfully eradicated smallpox by this time, and even observed that the inoculation affected all sexes and ages. In 1721, after suffering through smallpox herself, Britain’s Lady Mary Wortley Montagu was introduced to variolation in Constantinople and encouraged the Princess of Wales to get variolated against the deadly disease. The Princess of Wales developed immunity to smallpox, and I learned what “variolation” means—it’s vaccination specifically against the smallpox virus.

Inoculation involves the antibodies of your immune system. When you were young, getting shots for chicken pox, measles, etc. did more than just make you cry—it provided your body with the weakened version of a particular bacteria or virus known for causing certain preventable diseases. You might think, why would I want to expose my body to a virus when the objective is to be as healthy as possible?

When the weakened form of the virus is first injected into the bloodstream, the immune system immediately sends antibodies to fight off the germs. Though the majority of the invading bacteria and viruses are killed off by the antibodies, the body can sometimes still feel slight effects. Mild bodily discomfort and headaches are common responses to receiving the annual flu shot, but symptoms usually only last a few days.

When the antibodies have successfully removed the invading bacteria, they don’t just disappear from your body, like I disappear from discussion sessions after week 6. The antibodies are actually immediately released by the immune system as soon as the bacteria or virus is detected again.

Vaccines can have different longevity, depending on the virus. The influenza vaccine is needed every year due to the flu virus’ habit of constantly adapting to avoid getting tagged by antigens. The recommended dose for the chickenpox vaccine is only twice at a young age. Two doses at twelve to fifteen months, then again between four to six years, is enough to provide lifelong immunity.

Vaccines have always been distrusted by some members of the community, but are generally known to be effective.

Despite all of the doubt surrounding the safety of vaccines and immunizations, being vaccinated is important and ignoring the warnings of the Center for Disease Control (CDC) contributed to the public health emergency caused by the 2019 measles outbreak. The current measles epidemic seems especially unbearable because measles is a preventable disease. According to the CDC, the two doses of the measles vaccine typically administered around 12-15 months of age and 4-6 years of age are 97% effective in preventing measles. It’s disappointing that such a preventable disease can still wreak havoc on the general public, but I know we can do better in the coming years.

If they could figure out the effectiveness of vaccination in the 1700s armed with only blisters and pus, we can figure it out again now. Remember to stay up to date on all of your shots and stay healthy![hr gap=”30″]