Outback Biology: Studying Bio Abroad in Australia (and Why You Might Consider it)

In Winter 2017, I applied for study abroad and saw, with some shock, that I would be considered a “student from a traditionally underrepresented area.” Typically, studying abroad is seen as the endeavor of the humanities and social sciences student, so few could fathom why a STEM major such as myself would leave his classroom at UC San Diego to enroll in science courses on the other end of the world. 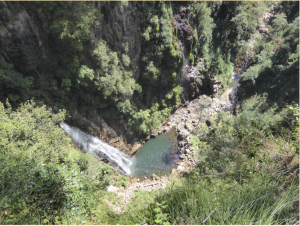 From the rain-forested highlands of Lamington National Park, pictured here, to the dry and endless Australian interior, this program packs a roaming tour of the state of Queensland into ten weeks. (Image credit: Liam Huber)

I wanted to try something different from what I might experience at UC San Diego. As a biochemistry and cell biology major, I enlisted in University of California Education Abroad Program (UCEAP), Marine Biology and Terrestrial Ecology, at the University of Queensland in Australia. My reasons for doing so were threefold:

It would be a lie to say that my career aspirations played a prominent role in my decision to go abroad. I was interested in ecology and biodiversity–the things taught by this program–but not enough to dedicate my life to them, as many of my companions in that program intended to do. It is true that I, and probably any of those other students, could have found something to do in California at the same time that would have looked far better on our resumes than tramping around Oceania. Ultimately, however, our futures were not our primary concern. UC San Diego has all the resources you need to better your career prospects; you study abroad not to invest in your future, but to have an incredible experience in the meantime.

Here is an overview of what that experience looked like: it was roughly ten weeks, from mid-August to the beginning of November, based at University of Queensland in the coastal city of Brisbane. The program included five field trips, which ranged from an island in the Great Barrier Reef to a rainforested mountaintop to a remote oasis tucked away among the Outback. As a result, there was never a “typical day”. Your morning might include cramming for an exam at your homestay, crawling out of your tent to photograph kangaroos at dawn, or snorkeling between a shipwreck and sea turtles. Likewise, your evening might mean clubbing with friends in Brisbane’s Fortitude Valley, stargazing the Southern-hemisphere view of the Milky Way, or nervously eyeing that python on the patio as you finish your essay on the aboriginal rights movement. I spent days exploring the Sunshine Coast among throngs of people, but I also spent days backpacking through the Blue Mountains where I saw more egg-laying mammals then I did people. Studying abroad guarantees good variety. 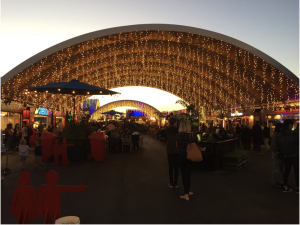 The coursework itself consisted of three actual classes: a three-unit component on Australian history and culture, a five-unit component on terrestrial ecology, and a thirteen-unit (yes, you read that right) component on marine biology. The teaching styles of the instructors varied, but all were exceedingly knowledgeable in their area of expertise and eager to share it with American students. A healthy dose of Australian or British-infected humor was also rarely absent from the lecture hall.

What did I get out of it? I did not get a good Australian accent, so please stop asking me about it. I did, as previously mentioned above, earn credits to go toward my major. But beyond not needing to delay graduation, one of the biggest merits of this program was how broadly-applicable skills such as observation and deduction, skepticism, and scientific writing were emphasized within the study of natural history. These skills, needless to say, are invaluable in any scientific career, and their tenets stick more strongly when absorbed in the outdoor classrooms that this program provided. It’s far easier to learn to observe and interpret your surroundings when your surroundings are an intriguing and exotic locale. Developing skepticism comes more naturally when you are in a strange place with strange facts being hurled at you on a daily basis. Honing your scientific writing is less of a chore when it is for a research project that you designed and spearheaded, and not for a lab course you took to fulfill a requirement in San Diego.

There are some drawbacks to having studied abroad, especially now that I am back. For one, the first quarter that I have returned to normal classes has been a bit boring, for lack of a better word. It takes slightly more stamina to get engaged during a molecular biology lecture than it does to get engaged while spotting platypuses in the creek by your campsite. In addition, having expended my upper-division biology electives abroad means less room to enroll in UCSD’s interesting upper-division coursework. This would probably be the best argument for college students, STEM majors included, to aim to fulfill their GE’s while studying abroad, and not a major course requirement that they might enjoy fulfilling at home in California. Another drawback of homecoming is that, after they have inquired on your accent, your friends from home want to know what exactly your favorite memory is. It is impossible to distill a trip that lasted three months or longer into one memory, let alone a favorite one. 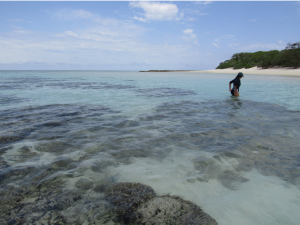 For those intrigued as to what my favorite memory is, it did not take place on Heron Island, when a few friends and I decided to take out our sleeping bags and sleep on the beach, beneath the stars. Heron Island is a small smear of sand without any apparent fresh water, so I still can offer no explanation as to the swarm of mosquitos that descended on us that night. The next morning, the sun rose over the Pacific, and sea turtles were trudging back to the ocean. My friends insisted that, although they had just experienced the most miserable night in recent memory, it was somehow worth it, because of the view of the stars, and of the sunrise.

My friends were wrong. It was not worth it. But when asked if I was glad that I slept outside that night, I agreed that I was, because now I knew never to do it again. Now, months after the countless bites have faded from my arm and my face, I am still glad that I had that horrible, horrible experience with those friends in that place. It was part of a greater experience of triumphs and travails, and to be young, alive and adventurous with other people was what I travelled abroad to do.

Ultimately, that miserable time will mean much more to me than the credits that I earned toward graduation. It, and countless similar experiences, will shape my character in ways that will impact my career far more profoundly than any practical skills I may have picked up while Down Under. If you do decide to go abroad and if you bring the right attitude, then regardless of what country you go to or what program you pursue there, you will learn to love where you went, what you did and who you became friends with. If you do your research prior to leaving, you will be able to create an academic justification for going abroad. But that will never be the reason that you decide to go, and it shouldn’t be either. 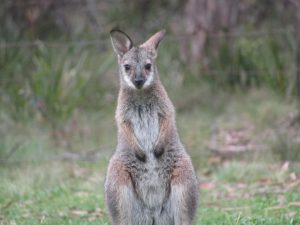 Despite Australia’s sheer abundance of kangaroos, it is unlikely that you will get tired of them. (Image credit: Liam Huber)